The Tender Bar is based on J.R. Moehringer’s touching, best-selling memoir about a boy yearning for surrogate fatherly guidance in Manhasset, Long Island. Oscar Winner William Monahan (The Departed, The Gambler) tells the coming of age tale of J.R. Maguire (Tye Sheridan). J.R. didn’t come from privilege or connections, but he did the fundamentally impossible and become a Pulitzer prize-winning writer at the New York Times. Monahan shared his unique approach of adapting a 400 page memoir called into a 2 hour movie. It came from a warm, sentimental place.

“Many first time writers very busily throw their families, their friends, their backgrounds and their circumstances under the bus in search of good material,” said the screenwriter. “J.R. came from a loving, supportive family,” Monahan continued.

“Moehringer had a different perspective, especially for a first time author. There was so much positive emotion in J.R.’s story despite his delinquent father.” Rather than focusing on J.R.s disappointment in Johnny “The Voice” Michaels (Max Martini), the nomadic father that abandoned him soon after his birth, The Tender Bar focused on the colorful surrogate father figures at Dickens Bar owned by his Uncle Charlie (Ben Affleck), a self-styled bartender, philosopher, adviser, and raconteur. Charlie guided J.R. to go for what he wanted in life, to “never hit a woman and treat them with respect.” 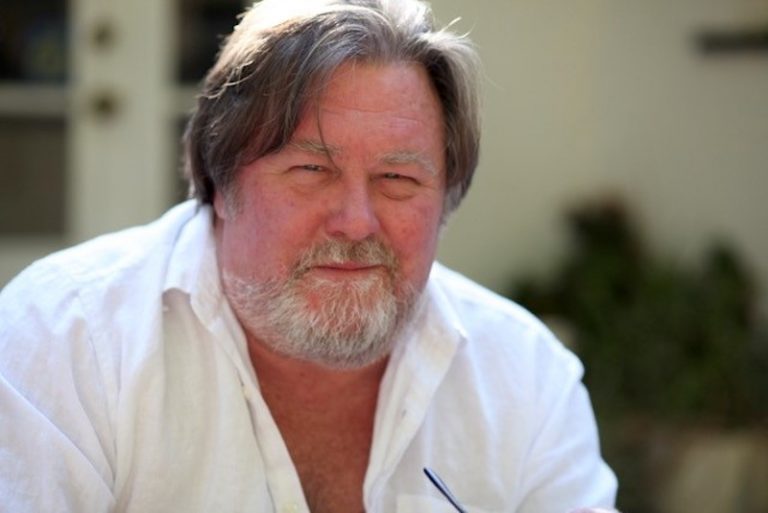 The growth of fatherless boys makes for powerful storytelling. “The absent father thing is huge in literature… the entirety of Freud… the absconding God is too heavy to apply to a light sentimental story like The Tender Bar. But you can’t move ahead in life unless the father figure is gone.”

As J.R. matured, he realized that his father wasn’t going to save him, as repeatedly stated by his Uncle Charlie. Monahan has fond memories of his own father who was the antithesis of  The Voice, but he’s also aware of the need to move on from one’s parents as an individual and make your mark on the world.

The Tender Bar also delicately touched on themes of class, alienation, and not fitting into an Ivy League School. More importantly, these feelings could be overcome through the intimacy, love, and support of a dedicated family – whether they are related by blood or not. J.R. was simply looking for fulfillment and to secure his place in the world as a writer.

The first issue in the process was paring back the sheer volume of story. Monahan also had to remove the aspects of the book that didn’t “play visually on the screen.” For instance, J.R. can discuss his thoughts and feelings in the book, but can’t effectively do so to that extent in the film.

The Tender Bar covers much of J.R.’s life ranging from boyhood, to teenage hood, to adulthood. The writer had to condense certain elements in the timeline. “I used J.R.s boyhood and manhood in the film. Much of his teenage hood had to be implied.”

Adaptation is a process of refining the story

Another issue in adapting a non-fiction book is the dialogue. “It’s inevitable that you have to rewrite the dialogue to work for character and performance. You have to compress the story into its essence… not in a way that runs contrary to the book, but in a way that the film and book can continue in some form of symbiosis. Each form should work successfully in its own sphere.”

William Monahan relishes the screenwriting form “because [unlike a play] it’s a form of drama that can only be performed once.” He enjoys the surprises he saw in the finished film due to the production, the performances, and the final editing. 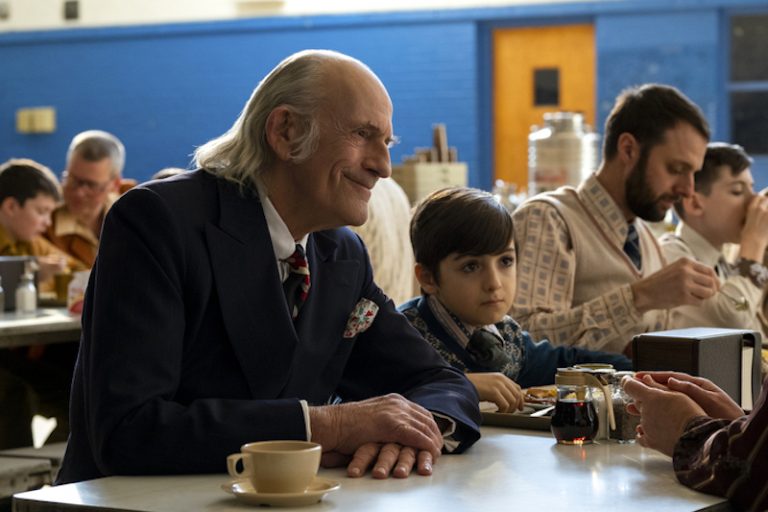 William Monahan uses voiceover judiciously in The Tender Bar. It’s a device that can be equally used and abused oftentimes to paper over the cracks in deficient storytelling. However, it can also be successfully used to expedite the story.

“I’m generally not a huge fan of voiceover. I think it’s a failure of construction in the script,” he affirmed. “However, voiceover was sometimes necessary to cover huge portions of J.R.’s life.”

Ostensibly, Uncle Charlie and his curmudgeonly grandfather (Christopher Lloyd) are the biggest male influencers that shaped J.R.’s life. Grandpa was a brutal pragmatist and didn’t part with money without a fight. We also cannot ignore his adoring and supportive mother Dorothy (Lily Babe) who will do anything ensure her son goes to Harvard – even selling insurance.

“Uncle Charlie was very direct with J.R. He gave him the information and tools he needed,” said Monahan. We need to help each other achieve success. That is the role of family. “Another impact of Uncle Charlie on J.R. was to correct his assumptions about class and money.” Being a successful writer isn’t based on either. This is illustrated when he defines the middle class as “not being that rich and not being upper class.” He taught J.R. not to be intimidated by expressions of wealth and to follow his dream.

The message of the film is to do what you have to do to be who you want to be - J.R.’s radio DJ father Johnny Michaels is the epitome of bad with no chance of redemption. “He represents the heavy drinking parts of the country. Drinking was a national sport. Johnny was no different.” He resigned himself to his destructive impulses. Even when J.R. tracked him down in the hopes of some sort of explanation, possibly a reconciliation, he pushed the family further away.

During the 1970s, heavy drinkers were considered to be swashbuckling rebel rousers rather than the disapproval they face today. “There is a semantics to that.” Johnny Michaels represented the romanticized dashing, womanizing, hedonistic Errol Flynn of the day. In a perverse way, he taught J.R. to take control of his life.

Although William Monahan doesn’t feel he was affected by this behavior which he saw a lot of while he was growing up, he witnessed a lot of it.