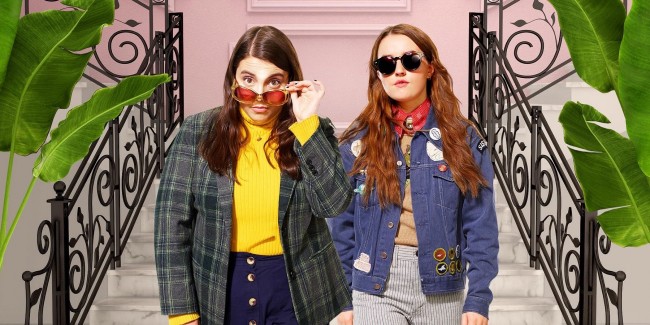 It’s been a busy time for writer-director & book author Susanna Fogel, especially with her female friendship screenplays for Booksmart and The Spy Who Dumped Me. She is currently directing the biopic Winner about former American intelligence specialist Reality Leigh Winner. Susanna caught up with Creative Screenwriting Magazine to discuss bringing her ideas to the screen and her evolution as a filmmaker.

“Booksmart was this beloved, but in-the-vault script,” said screenwriter Susanna Fogel. Originally written by writing partners Emily Halpern and Sarah Haskins. The screenplay helped the writing duo get noticed in Hollywood. Countless people wanted to get this film made, but it took much longer than expected due to Hollywood headwinds.

Listed as the third credited writer on Booksmart, Susanna Fogel started to rework the script in this new Superbad, R-rated world of comedy. “I spent two years working on Booksmart with the intention of directing.” This meant she could take some additional creative risks, not just with material that wouldn’t be allowed in a PG-13 rating.

“I made decisions like making Amy a lesbian, making it take place in one night, and just fitting Booksmart into the canon of movies in the intervening years of where we were in 2015,” she added. Booksmart not only need to reflect its time, but the movies surrounding it.

The persistence of many people to get Booksmart out of development hell finally paid off. “Enough people had been fighting to get that movie made for year, one of whom was Chloë Moretz (Kick-Ass, Neighbors 2), who had been attached to star in the movie for seven years. I think her effort helped the movie get made by keeping the movie relevant.” 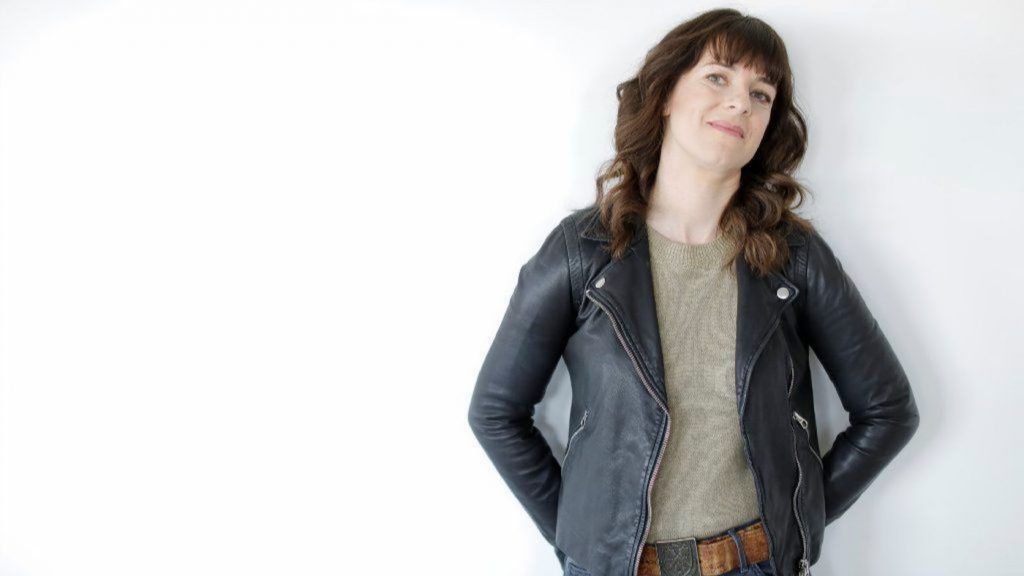 Fogel was on track to make the film herself, but due to certain Hollywood politics, she ended up working on The Spy Who Dumped Me instead (starring Mila Kunis, Kate McKinnon). Eventually, Booksmart went to actress Olivia Wilde to direct.

The core of these two films was exploring female bonding. Susanna Fogel wanted to mine female the richness of friendships and interactions.

Is Booksmart a feminist movie? Fogel agreed, in principle.

Since feminism is a loaded term, Fogel clarified, “I bring up feminism because anything that is attempting to show a human and emotional character that is a woman falls into that category or is used to support this idea that Hollywood has a feminist agenda.”

“I am allergic to that word [feminism] a little bit because it does mean different things to different people. I just talk about the women in the movie as people. I think audiences are ready for women who are smart, but also funny. I think people are ready for feminism to mean more than just women being self-serious badasses, but also can make fun of themselves, or just be downright silly.”

For “people to be ready,” this means the pendulum of viewer acceptance moved a great deal during the decade it took to get Booksmart made. “The pendulum has swung from wife and girlfriend roles, to light romcoms, to the Atomic Blonde-type of movie. Somewhere in the middle is where most women’s experiences lie.”

Fogel wanted to show multi-dimensional female friendships. Neither character is meant to be the sidekick. “They have a guided relationship that is no less complicated than a romantic relationship. Guiding you through your life before a romantic partner, your best friend absorbs that co-dependency and the shrapnel of you trying to find yourself. The Spy Who Dumped Me also tried to show the depth and complexity of female friendships.”

This idea for rewriting Booksmart started to form as Fogel and her writing partner Joni Lefkowitz decided they wanted to see more from the female friendship on-screen. “My writing partner of 12 years is a lesbian and the two of us had this friendship that wasn’t about somebody pining for the other person. We had this great friendship that felt like movies we seen were about lesbian coming-out stories where the friendship was really a love affair.”

She added, “That’s what Life Partners (Leighton Meester, Gillian Jacobs) was all about. That’s why we made Amy in Booksmart gay. She’s got identity issues, but it’s not about discovering her sexual identity.”

In addition to this dynamic, the screenwriter had to consider the changing world along with the changing atmosphere of Hollywood. When they wrote Life Partners, for example, which had a plot about gay marriage legality, gay marriage was actually legalized. “Time passes and the landscape changed, so when you’re making a movie that seems political or revolutionary, time passes and it’s less dramatic, but you have to find the drama elsewhere. You have to take stock of your world. If the drama isn’t timely, look for the deeper story.”

With Booksmart, the original draft felt ‘progressive’ because two women were dealing with sexuality in a nerdy manner. But, somewhere between 2006 and 2016, the writers felt like they needed to explore new territories. “What version of this hadn’t we seen? While waiting to make the good version, the bad version was made over and over again. So what version brings us into the modern world?”

This meant re-thinking everything. “Being gay is part of sexuality, so we wanted to make a diverse world for the characters rather than a time capsule for the characters. I don’t think about making a statement or the gay scene be a driving force.”

She clarified, “Instead, I think about what’s real. You can’t start by trying to do something that hits its target. You have to look at the script, be hard on it, and see if it feels relevant and real.” While wrapping her head around these big ideas, Fogel decided her main job is to tell truths in ways that haven’t been told yet. “In success, telling the truth in a film reflects the world that receives that information and makes people think.” 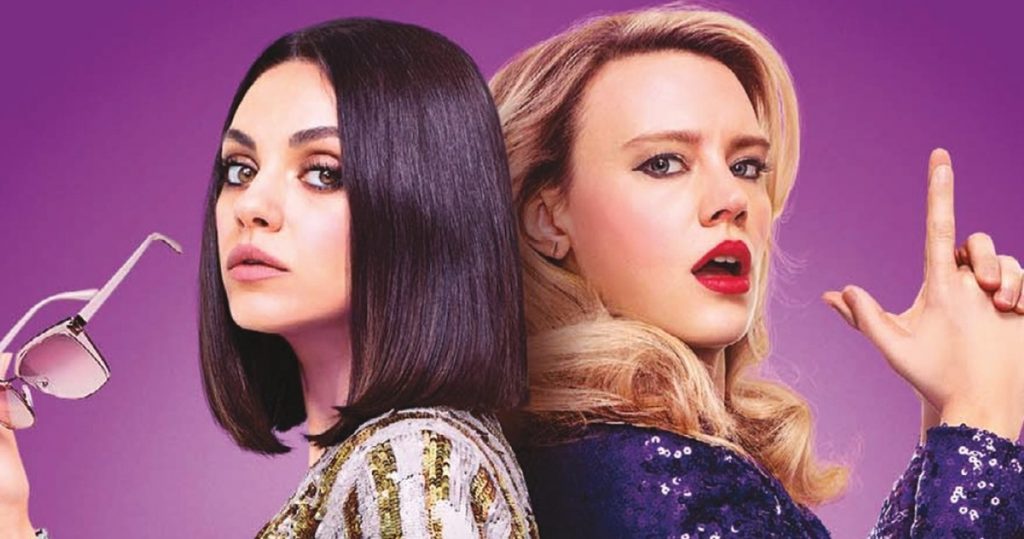 “For me, showing diverse sexualities on screen, where you’re normalizing things that felt progressive ten years ago, is important. Normalizing makes little subversive political moves. For Spy, I wanted the action to be real and exciting, but also have multi-dimensional characters.”

“If you can give the spoonful of sugar and be progressive, then maybe your audience will be led by entertainment. But messaging by osmosis be exposed to something that feels progressive and not in a way they feel they’re being preached to. Make enough of those movies, and we can de-escalate those biases we see.”

Along this tightrope, the writer-director also wants to write stories both for herself and for the audience. “I think I’ve become a bit more populist in my storytelling as my career has progressed because I’ve become more humane in what a filmmaker is. Over time, I realized I wanted to tell stories that resonate with everyone.”

As such, she also wants to write non-partisan films to transcend biases despite political persuasions. “I want to transcend the idea of being a person who only makes movies for LA and New York audiences, but someone who makes movies everyone can enjoy. You can still find the political aspect though, so it’s there, but enjoyable.”

Talking about all of Fogel’s films as a body of word, it does begin to feel like she’s telling the same story, but in new ways. “If you look to Philip Roth, it feels like he’s telling the same story over and over again his whole life – a self-loathing neurotic character in New Jersey in new situations, I think you can watch his movies I’ve been involved with and feel commonality.”

Most of Susanna Fogel’s movies are about female friendships. “They’re about women who are neurotic, smart, warm-hearted, but also defensive and sarcastic. But, I just want to show those characters doing things familiar with me and as I became older, I wanted to apply that to action or drama or just apply that insight to other dramas. I’ve become more interested in trying new things and scope.”

Of course, this idea could be said for many creatives, including multi-Oscar winner Bong Joon Ho and his obsession with class warfare, most recently portrayed in Parasite.

HOW TO BECOME A SUCCESSFUL WRITER

“I don’t know that there’s one answer to becoming a successful writer,” confessed Fogel. “I think being a good listener and being empathetic – observing people and analyzing them – but also empathetic with their perspective, even if you don’t agree with it. In the movies I don’t like, there’s an editorial judgment about how I should feel.”

Basically, being a good screenwriter is all about being curious, but also sympathetic. Fogel mentioned movies that are clearly anti-Right wing. She’s not in agreement with the Right, but no one in the Right thinks they’re being the villains. “I don’t have sympathy for Donald Trump, but Trump does have some sort of internal logic. I’d rather see an exploration of that instead of seeing himself described as Satan.”

As for advice to aspiring screenwriters, she often tries to reconsider the old cliché to “write what you know.” She also sees some patterns in poorly-written screenplays. While reading such scripts, the main character often doesn’t have a personality, because the writer has used the protagonist as their avatar.

Susanna Fogel herself wrote an early script about a struggling artist based on her experiences, but nothing was really happening to the character. She wasn’t interesting to watch. “I try to connect to every character I write about, but you can also create a character’s voice that is not your voice. A character’s flaws are necessary for making a good role.” So it becomes an exercise in writing what you know and push the boundaries. You should fictionalize and dramatize your personal story to make it more engaging and entertaining to audiences.

“Sometimes, it’s not enough to write about what happened to you because it happened to you. That’s a passive protagonist and that’s not interesting. You don’t want to get in situations where the side characters are much more fun to watch. If you’re going to do something based on yourself, it requires you to analyze yourself in an honest way – flaws and all.”
Orginal Article Published: Creative Screenwriting
«Previous Post Next Post»