Writer’s Block Has Nothing To Do With Your Writing

Writer’s Block Has Nothing To Do With Your Writing – How Screenwriters Can Work Through It:

During a counseling session, a young screenwriting client asked me, “Do you have to psychotic to be a writer?” At first, I thought he was kidding and waited for his laughter, but after a few moments of silence, I realized he was quite serious. I began to wonder how many other people believe the stereotype of the emotionally-disturbed writer, holed up in his cold-water flat with a half-empty bottle of vodka by his side, typing away into the wee hours of the morning.

Contrary to this romantic notion, a screenwriter must have, at least, a semi-healthy ego and confidence in his work. How else can he maintain any sort of belief in himself when faced with constant rejection? How can he keep on going when he has no positive reinforcement to spur him on? How can he continuously motivate himself to write, when nothing he has written has been sold? This is a pretty formidable task for even a very secure person to do, let alone someone with a fragile ego. One way writers have found to deal with this problem is to develop writer’s block. 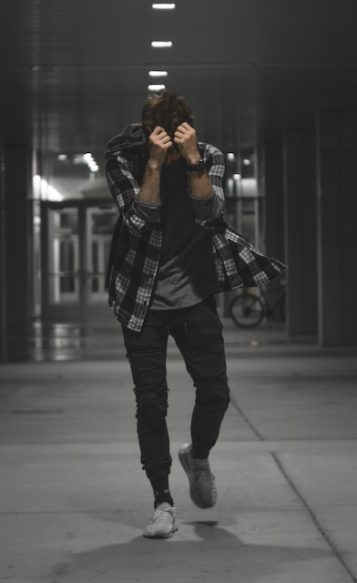 In my private practice as a psychotherapist, I counsel writers on their personal and professional issues such as overcoming procrastination, writer’s block, fear of failure/success, rejection and silencing the inner critic. This one-to-one counseling has provided me with tremendous insight into the myriad causes of writer’s block. Through the years I’ve seen different ways blocks can occur and have identified the different types of blocks. Some causes are obvious and others less so. And some writers successfully overcome their blocks and start to write, while others are immobilized and unable to write.

It’s amazing how most blocks happen because of other people. Several years ago when I was conducting a scriptwriting class at UCLA extension, a young lady came up to me after class. She thanked me for helping with her writing and said how grateful she was to me for making the workshop a “safe place” for her to read her work. She said, “I haven’t written for over five years and this is the first time I was able to write anything.” When I asked her why it was such a long time that she hadn’t written, she continued, “I had a writing teacher who tore my script apart in front of the entire class. I was so humiliated by his remarks and ever since then I haven’t been able to write.”

Having heard different versions of this same story over the years, I realize that few writers escape being “blocked” at some time during their writing career. Screenwriters may become blocked, not only by thoughtless or insensitive criticism, but from other situations. Often blocks have nothing to do with the writer’s art or craft but can develop from the fragile balance the writer needs to have between maintaining motivation and enthusiasm in the face of self-doubt and self-criticism. This balance is difficult to maintain, especially in the entertainment industry, where you can get rejected all the time. If you put your self-worth or value as a person on the vicissitudes of this business, you’re going to always become blocked and filled with self doubt, because you’re dealing with the whims and wiles of other people, who often make their decisions, not on the merits of your script, but on their own subjectivity, their own ego needs, and their own insecurities. Remember to keep a professional distance and separate yourself from your script, so when your writing is rejected, you just keep on writing no matter what happens.

Sometimes the reasons you may give yourself for being blocked and not writing have nothing at all to do with writing. They are merely excuses you’ve found to rationalize what you are too afraid to do. These blocks often stem from an unconscious need for self-protection. How can you be rejected if you don’t write? How can you get hurt if you’re not criticized? How can you be a failure if you can’t produce? Yet, in other cases, writers may use writer’s block to focus all their energy on the writing and to avoid dealing with other problems going on in their lives. Maybe they have a bad relationship, suffer from depression or feel stuck in a “dead end” job. By developing writer’s block and constantly obsessing over it, they can avoid what’s really bothering them. The block can be a form of avoidance, protecting them from failure, pain, and personal disappointments.

But let’s suppose you aren’t developing writer’s block as a defense mechanism. Let’s say you desperately want to write more than anything in the world. You sit at your computer day after day, but you can’t write. You feel frustrated, depressed and life is unbearable because you can’t do the one thing you love to do most-WRITE. You stare at the blank page and panic. Where do you start? What do to write? A small voice whispers in your ear, “You don’t have anything exciting to say.” The voice gets louder as it laughs, “Look who’s trying to write.” Soon the laughter drowns out your thoughts and ideas and you aren’t able to produce any words on the empty page. You are truly blocked! And when this happens you feel frustrated, lonely, angry, depressed, hopeless, and helpless.

No matter how negative you feel there are ways that you can overcome this state. Let’s look at some steps you can take to deal with your block. The first thing you want to do is identify the inner voice who talks to you all the time–the voice that fills you with criticism, self-doubt, and negativity. This voice from your childhood may be the voice of your critical parent, your peers, or your teachers, one that you have now integrated as your own critical voice. It stops you before you even get started writing. It fills you with insecurity and you doubt your ability to write. It damages your self-esteem and blocks your creativity.

What can you do about it? How can you get rid of it? Well, the next time you hear the voice try to recognize and discover whose voice is really talking to you. This is the first step to help you break through your block and that is to identify the voice! Whose voice is it? Your mother’s, father’s, teacher’s, sister’s. Is what it’s saying about you true? Probably not. You’ve just been carrying around this critical voice all these years and now time to let go. So the next time the “inner critic” starts whispering negative messages to you—IGNORE IT! Become aware of all the destructive things your critic tells you and realize how FALSE they really are.

After you’ve raised your consciousness through being aware, then you must begin to counteract the negative self-talk by changing it to positive self-talk. Realize that the voice isn’t telling the truth, so take away its power to block you when you start writing. Create a written list of positive statements about yourself as a writer and read them over until you memorize them. Use these positive statements to silence the inner critic as soon as it starts criticizing you. These techniques really work if you read your positive affirmations for 21 days– every morning when you wake up and every evening before going to sleep.

Finally, concentrate on the writing process and not on results or product. Write because you love to or have to, in spite of all the difficulties you may have experienced. Go back to your playful spontaneous, child and have fun with the words, without worrying about the end results. Be “in the moment” and forget about past blocks or future fears and just write because you have something to share with the universe. This method of writing is an enlightening experience and you’ll soon feel a new sense of “lightness” and freedom when you write.

Breaking through blocks can be an exciting exhilarating experience that allows you to write just for the joy of writing. Since writer’s block is really pent-up energy, when you break free from your block a tremendous amount of this stored up energy comes bursting forth. This newfound energy allows you to reconnect to your spontaneous inner child and make your writing a playful experience, where you are having fun with words, excitement with your ideas and pleasure with the writing process.