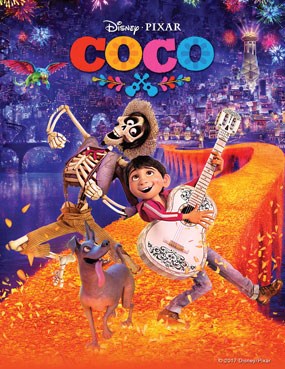 Miguel Rivera, the pre-adolescent hero of Disney/Pixar’s Coco gets transported to the land of the dead (during the Day of the Dead) and seeks out the spirit of his great-grandfather, whom he has just discovered is one of the most famous musicians in all of Mexican history.

Since Miguel is defying his family’s wishes by also wanting to become a musician, he needs the blessing of his relative in the spirit world in order to achieve his dream. When the plot twist in Coco hits, we realize that the musician (and blood relative) he has been seeking has actually been the raggedy, deadbeat companion he first met when he entered the underworld.  Not only that, but this deadbeat turns out to be the real musical genius in the family, murdered by the vain and insecure famous musician who wanted the world to think he wrote all of his own hit songs.

When young Miguel, as a result, discovers that one does not have to forsake family for a life of creativity, screenwriters Adrian Molina and Matthew Aldrich have successfully used a plot twist in service to the overall themes of the story, as well as making the twist integral to the inner journey of the protagonist.

When devising plot twists for our screenplays, ones that tie into the character arc certainly constitute a kind of Holy Grail within this long-standing convention of screen storytelling.

Eric Heisserer’s script for Arrival (from Ted Chiang’s novella Story of Your Life) is another example of designing a plot twist that feeds into everything the film is working to say.  When the surprise arrives, and we realize that Louise Banks’ visions of her daughter are from the future, not the past, we see the story’s themes emerge fully: the visiting aliens are here to teach us about language, and the mutability of time itself. 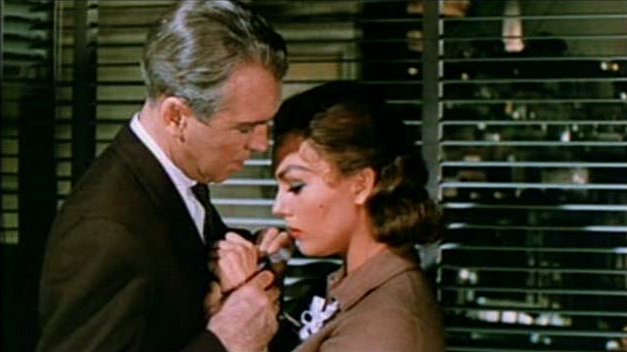 Alfred Hitchcock’s Vertigo (screenplay by Alec Coppel and Samuel Taylor from the novel D’entre les morts by Pierre Boileau and Thomas Narcejac) contains one of the most hotly-contested spoilers in film history.

When James Stewart’s “Scotty” character meets a woman who looks uncannily like the lost love he has been mourning and proceeds to try to remold her into an image from his past, the script shows us the truth about the new woman (that she is, in fact, his old love, who did not die, but was part of a plot to murder someone else) almost immediately.

In a famous flashback sequence, the murder plot is revealed, and we know right away that Judy, the new woman, is also Madeleine, the woman Scotty believes is dead. A plot twist that some complain gives the game away too soon.

Screenwriters, then, need to ask themselves why a plot twist is important to their stories. Twists should be as integrated to the type of story a writer wants to tell as the decision to choose a linear or non-linear screenplay structure. Any use of a non-linear approach needs to be part of the original conception of the screenplay, and not imposed upon it in the editing bay to cover up for a weak linear story.

And so with plot twists. Whether tied in completely to the themes and character arcs or simply there to blow our minds (more on that momentarily), they should be decided upon first, then reverse-engineered by the screenwriter so that they flow organically into the planned story. Certainly, it could be argued that such twists as discussed above, that pay off so much on character development, are the ones to strive for, but there are lots of reasons we go to the movies, and sometimes we just want to be knocked back on our heels. 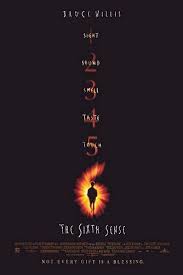 The Sixth Sense is the modern granddaddy of the ‘gotcha.’ Along with The Usual Suspects, and, to some extent Fight Club, it takes its audience on a more intellectual puzzle-like journey and drops a whammy that allows us to reappraise everything that came before, seeing it in a new light. In discussing M. Night Shyamalan’s exceedingly well-thought-out screenplay, it should be noted that it is certainly not divorced from the character and thematic elements heretofore mentioned.

Indeed, its notorious “I see dead people” reveal would mean very little without the emotional attachment we feel to the plight of poor, tortured little Cole and Doctor Crowe’s attempts to find him a safe place in the world. However, the main draw of the twist in scripts like The Sixth Sense (and, again, The Usual Suspects and Fight Club) is to ask their audience to trace their experiences of the stories back through to their origins, to connect-the-dots and let their jaws drop.

This is another perfectly valid reason to weave a plot twist into your story. But, like the authors of the above-named screenplays, you will need to be careful to invest the plot with compelling elements that stand on their own.

The sheer labyrinthine layers of betrayal that dot The Usual Suspects and the heady sociological critique that forms the foundation of Fight Club are the glue that holds not only the stories, but their audiences, together enough to go along for the ride toward the mind-bending twists.

The Question No One Was Asking

Plot twists can work especially well when the writer is able to misdirect the reader into asking the wrong questions by keeping the narrative focused on the protagonist’s external goal. In Coco, the question the audience is asking is whether or not Miguel will get his blessing from the man he thinks is his great-great grandfather.

No one is thinking about whether or not the object of Miguel’s quest could have murdered his real father. In Arrival, we want to know what language the aliens are speaking and what it has to teach us; we’re not thinking about the protagonist’s place in the space-time continuum. In The Sixth Sense, we want the tragic, lonely Cole to be a normal child again; we are not thinking about how his mentor is simply another of his ghostly visions.

Once a screenwriter knows why and where to properly place a plot twist into their screenplay, they will be able to carry their readers along on a journey of discovery, whether it be one that mirrors the pattern of growth and change in the protagonist, or one that wants to pull the rug out from under us and leave us flat on our butts, wondering what just happened.

As with any successful piece of scriptwriting, stories that deliver the punch of a great plot twist need to do so while paying attention to all of the other important aspects of effective screen storytelling. A story cannot exist merely to get us to a fresh and engaging twist. It must be fresh and engaging on its own terms first.