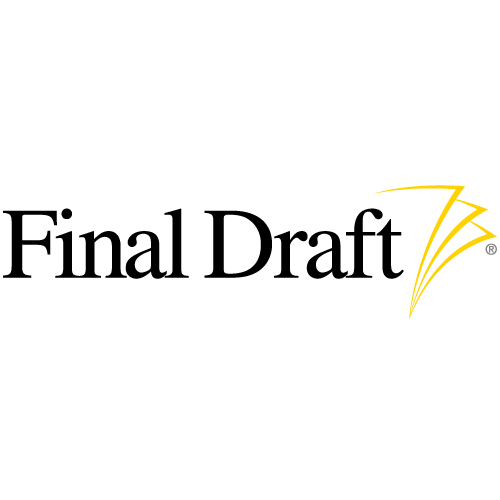 Final Draft was co-founded in 1990 by Marc Madnick and Ben Cahan, who recognized that Hollywood lacked a word-processor capable of automatically formatting a script to the entertainment industry’s stringent standards. This led to the creation of Final Draft, a fully dedicated screenwriting software application that automatically formats your script to Hollywood’s industry standards.

Just five years after its inception, Final Draft screenwriting software became the entertainment industry standard for screenwriting and the market leader among its competitors worldwide. Final Draft continues to grow in popularity and into new markets throughout the world, and in 2013, Final Draft was awarded the prestigious Primetime Emmy Engineering Award.

In 2016, Final Draft was acquired by Cast & Crew Entertainment Services. Based in Burbank, California, and with offices across the U.S. and in Canada, Cast & Crew is a trusted partner to major and independent film and television studios. Cast & Crew provides clients with a robust portfolio of critical services. These include payroll and residuals processing, the industry-leading PSL production accounting system and other software, as well as financial services such as production incentive consulting, administration and financing. Cast & Crew continues to accelerate its investment in technology, supported by majority shareholder Silver Lake Partners, the global leader in technology investing, which acquired Cast & Crew in mid-2015.