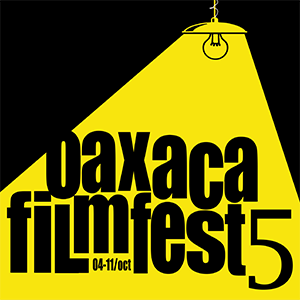 The Oaxaca FilmFest Experience is dedicated to the advancement of outstanding achievement in cinema, creating opportunities for Filmmakers and Script Writers, providing audiences with amazing entertainment, financial success for our business partners, and the enhancement of both the image and economic well-being of the State of Oaxaca.

Our Bold Vision is to be an innovative and revolutionary festival that is ultimately The Festival Of Choice for Filmmakers and Screen Writers around the globe and to create an accessible gateway for the international cinema community to develop high quality projects.

Oaxaca FilmFest is an international film festival that was founded in the City of Oaxaca de Juarez, Mexico, in 2010. It is a uniquely successful collaboration between the private and public sector.

In just four seasons the festival has:

* Been named by MovieMaker Magazine as one of The Top 25 Film Festivals in the world.
* Grown to be one of the Largest International Film Festivals in Latin America.
* Discovered nearly 30 films that have gone unto commercial success. Some of those films include A Lonely Place For Dying, Crebinsky, Irvine Welsh's Exctasy, La Soga, Lemon, Morterm, La Pantera Negra, Tequila, The Red Robin, and Una Noche.
* Created a Highly Competitive Screen Writing Competition.
* Created "Pitch It" a unique platform that allows screenwriters to sell their scripts to industry executives around the globe.
* Conducted the longest University Rally ever (10 days over an the entire state).
* Rolled out Academia. A five day training program designed to enhance Festival Attendees Guerrilla Distribution Skills.
* Developed Academia Exchange. A unique exchange between filmmakers and students.
* Created partnerships with Google Play and iTunes allowing Filmmakers an outlet to distribute their films.
* Been granted membership into The Mexican Film Festival Association (La Red mexicana de Festivales) and in 2013 hosted the national conference.
* Become an official IMDB Film Festival.

In 2014, Oaxaca FilmFest plans eight days of the highest quality of film being exhibited anywhere in the world today, an international screen writer symposium, special events, tours of the region, academic opportunities, and of course the "infamous" Oaxaca FilmFest after parties.

Demonstrating why many Filmmakers and Festival Organizers recognize Oaxaca FilmFest as THE emerging film festival in the world today.