5 Things Every Screenwriter Should Know Before Writing A Blockbuster Movie

Screenwriters should always think big in terms of their careers. Blockbuster big. We all want our films to be seen by the largest audience possible. In old studio parlance, the term blockbuster referred to audiences queuing around the block to see a movie, which equated to big box office. The term blockbuster is frequently associated with BIG SPECTACLE on screen – lavish sets, stunts, costumes, visual, and practical effects. What’s not to like?

One thing that screenwriters need to consider is that the big idea behind the blockbuster is more important than the big action, according to Gene Del Vecchio, entertainment consultant, an Adjunct Professor of Marketing at the USC Marshall School of Business where he teaches Marketing Blockbuster Entertainment, and author of Creating Blockbusters. “The big idea must be based on a big emotion for the film to succeed,” he continued. “The big action needs to augment this emotion.”

The natural order of writing successful blockbuster movies is:

Del Vecchio cites movies like Inside Out, Soul, and Beauty and the Beast as examples of big ideas executed with big action. Although a big idea is often linked to a big budget, it doesn’t always have to be. Consider the Oscar-winning film Parasite which was made on a budget of $11.4 million has has grossed almost $260 million globally. 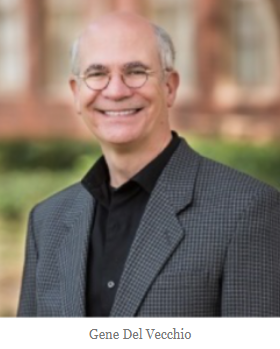 “It’s not just about the structure of the story. It’s about the content that goes in that structure,” said Del Vecchio. Many screenwriters don’t give enough to consideration to their target audience. “They don’t think about what pleases the audience, but rather, what pleases them.” Ideally a good script has both elements for it to work. “Emotion pulls the heart strings in all of us and is the beating heart of every story.”

“Screenwriters must grasp every story at a genetic level.” Once they do, every story fulfills the same core function based on Maslow’s hierarchy Of Needs. Every film relates to our inner child – either through nostalgia, happy times, bad times, simpler times or through unfulfilled desires. “The biggest blockbusters tend to be stories that connect with the child and wonder in all of us,” concluded Del Vecchio.

Let’s explore the key components of the major big box office successes below:

These are the basic requirements of human motivation proposed by Abraham Maslow. Fulfilling these human needs leads to a sense of satisfaction, discovery and excitement in both your characters and your audience.

These needs are at the most primitive requirements needed for humans to exist.

BASIC – These are the physiological needs to survive such as air, food, water, shelter, clothing, warmth, entertainment, and rest.

SAFETY – These include safety and security needs such as healthcare, defense, and financial well being.

These are mid-level requirements for humans to be happy.

LOVE AND BELONGING – These refer to relationships, friendships, family, and partners.

ESTEEM – These refer to prestige, accomplishments, respect, appreciate, fame, confidence, winning, control, and mastery, to name a few. Collectively, they equate to a rise in social status and self-satisfaction.

These are the highest level needs of human achievement.

SELF-ACTUALIZATION – This is reaching your fullest potential and expression as a human being.

Screenwriters should be aware that popular films generally fall into one of these categories. The most successful ones fall into several categories to tap into our innermost desires and connect with a broader audiences. This is not a license to create a Maslow gumbo by tossing each of these into a story pot and stirring. Nor do each of these need to be added in equal measure. 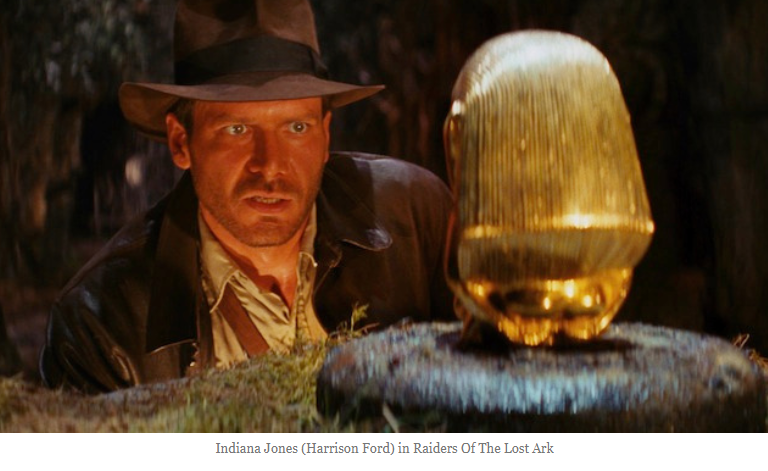 Consider Indiana Jones (Harrison Ford) in Raiders Of The Lost Ark. His primary goal was self-actualization by locating the Ark of The Covenant. During his adventures, he also had to satisfy his physiological needs by fighting off the Nazis. The arrival of former lover Marion Ravenwood (Karen Allen) taps into Indiana’s psychological needs of love and belonging.

For better or worse, the global cinema going audience is still carved up into four main quadrants: male, female, young and old. It’s a crude delineation, but it works in terms of writers determining who is their main audience in order to write to them.

Del Vecchio expands on the “four-quadrant dilemma” many screenwriters face. “If you try to write a screenplay for everyone, who end up writing a screenplay for no-one. If you only focus on one-quadrant, can you justify alienating the other three?”

Screenwriters should start by considering their main demographic, but also delivering some additional emotional elements so there’s something for everyone, without watering down your story into a one size fits all screenplay.

Del Vecchio cites Magic Mike as an example of a film initially targeted toward older women. “The audience was over 90% female and it did over $122 million in box office. Compare this to Bridesmaids, which included developed male characters and enjoyed a box office of $288 million.” Adding complimentary characters that non-target audiences can also connect to boosts the box office. It’s also help on date and family movie nights.

Screenwriters are often told that each screenplay should contain one predominant genre – two at most. Hence the arrival of genre hybrids like horror-comedy or action-adventure movies. This is sound advice, given that most screenwriters stray from their main genre because they haven’t fully set the parameters of their screenplay or simply don’t know.

Del Vecchio also noted that the most successful movies straddle three distinct genres. Dead Pool is billed as an action-adventure- comedy while Zootopia is an animation (more a platform than a genre) adventure-comedy. “You’re not just adding genre, you’re adding audiences,” he continued.

Adding too many genres in the hopes of attracting a global audience will fail. It’s like taking the whole bottle of vitamins rather than two capsules thinking it will make you proportionately healthier. Screenwriters should think about what emotions they want to convey before establishing their genre mix. “You have to build in the emotional drivers that connect to the audiences at each level.”

Maslow’s hierarchy of needs appeals to male and female, you and old – the traditional four quadrant model. “It also connects audiences all over the world.”

The highest grossing films at the time of publishing are: 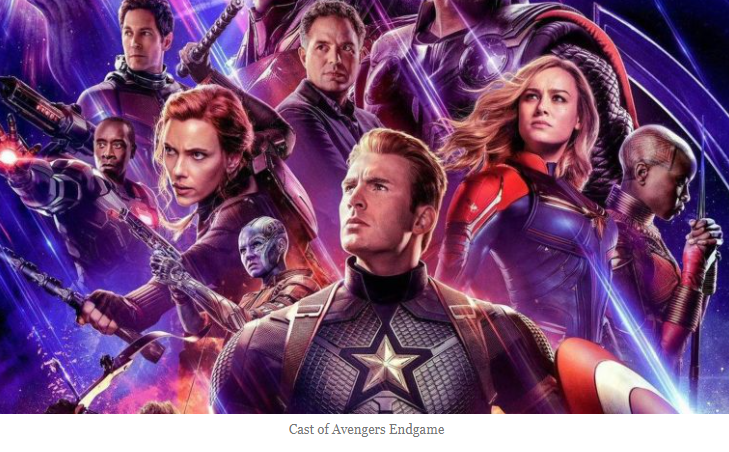 Now, let’s look at their genres and ratings:

He describes the process as alchemy. Screenwriters should understand and utilize all the story elements most popular in each quadrant. “If you only service one quadrant, you need to be exceptional at it to attract the entire audience o justify alienating the other 75% of the audience.”

You need to write blockbusters that have meaning to each audience. “You need to align to cultural trends to make your story timely. It needs to be contemporary so people care about it.”

Genres also determine the worlds in which your stories take place.

Note that the examples above are all rated PG 13 making them family movies. The difference between a PG rating (parental guidance recommended) and PG 13 (parental guidance strongly recommended) is a nuanced but distinct one. However, it makes the difference between adults taking their children to the cinema and staying home. The PG 13 rating makes a story more accessible to adults while their kids are enjoying it too.

Steven Spielberg famously said, “We’re going to take a child-like idea and make it aggressive enough for adults.” A children’s film is one entity and a family film is another. Consider movies like E.T. and Jurassic Park which set the movie-goers hearts on fire. 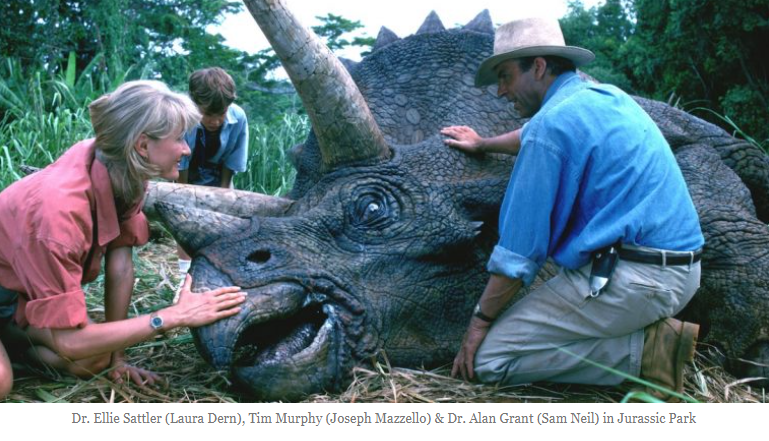 Gene Del Vecchio elaborates on the subtle adjustments screenwriters can make a film enjoyable by the greatest possible audience. If a film is predominantly written in the action genre, figure out what kind of action it is. If one kind of action is more attractive to a younger demographic, add some action that appeals to an older one. Similarly, slapstick humor might arguably be more appealing to the kids, so adding some high-brow or subtle humor might make the grown-ups chuckle.

Iconic characters may manifest as larger than life characters on the big screen – warriors, kings and queens, adventurers, god and goddesses, rock and movie stars, to name a few. They appeal to our aspirational nature most removed from our daily lives.

They may even be the every man/ woman with a higher calling such as secret agents and superheroes working in offices during the day. Whether these characters are caped crusaders or wear a drab office suit, they must fit into the Maslow hierarchy of needs at some point to make them appealing to audiences.

Characters also need to be relatable and and represent the current audience’s needs. One of the fastest ways to disengage your audience is by making your characters irrelevant to their lives. They need to represent themselves or people they know.

Audiences crave uniqueness. This is not always the same as different. They want familiar with a twist.”People don’t want new. They want old served up in a new and unique way,” declared Del Vecchio.

There are some simple ways to make your characters different. Screenwriters can change their age, gender, character flaw, or dramatic function from hero to villain. You can also flip the local, style, tone and genre of your film. James Bond became Austin Powers by making some of these adjustments.

These conclusions on high-grossing blockbuster movies are data-driven observations from many years of research on movie audiences. They are not immutable laws. However, if you’re writing an R-rated comedy, understand that statistically, it will not fare as well at the box office than a PG 13 comedy. This should not discourage screenwriters from writing them. Nor should screenwriters reverse engineer their stories to fit the mold of a billion dollar franchise if it’s not the story they want to tell. Not all movies need to cater to all four quadrants, nor should they clear the billion dollar mark at the box office. Studios won’t mind not spending hundreds of millions of dollars on their next movie.

That said, screenwriters should consider the marketing of their films, especially in terms of who they are writing their scripts for. You may even want to define what your one sheet or movie poster might look like to keep you on track.