7 Tips To Nailing The Virtual Pitch

Hollywood production may have slowed during the pandemic, but pitching carries on — with a virtual twist. And that’s unlikely to change. Even when we can once again meet people face to face, the ability to pitch and hear pitches from anywhere opens up possibilities for writers, directors, and producers alike. For starters, you don’t need to be in L.A. or battle its notorious traffic.

While I mean this metaphorically — as in, show up as a professional — I also literally do mean wear pants. During the early days of the pandemic, a lot of people lost their minds and showed up to virtual meetings in jammy bottoms, underwear, or occasionally even their birthday suit. Meetings are often recorded, and a gaffe may get shared around the virtual water cooler — or worse, go viral in internet memes. Do not become a cautionary tale. Put on some damn pants. Also, find the audio and video on and off buttons and test them in case you can’t find any.

But it’s not just pants that go by the wayside. Here’s a quick checklist for when you have an important pitch:

Turn off your cell phone and if you can, unplug the landline. Do not let a telemarketer’s jingle interrupt your flow.

Remember how assistants were always offering you water? Be your own assistant and set yourself up with water or tea, something you can grab if your throat gets dry. Maybe save the fisherman’s lozenges for after your call. Pro Tip: I know a writer who drinks coffee from a mug featuring his last hit TV show. It’s not a bad idea to keep your successes in view.

Close the door. While this is effective in keeping out four-footed family members, it’s less useful in keeping out two-footed ones. Let the humans in your life know that a closed door means “Do Not Disturb,” but recognize that you can’t always control things. If someone comes in, it’s okay to let the people you’re pitching to know there’s a three-year-old distraction (or, in my house, a 94-year-old one), handle it calmly, and get back to the pitch. We’re all going through a surreal time and as long as you remain unflappable, so will they.
Not to say you shouldn’t limit the possibility of distraction!

Having a door behind you, in full view of your camera, is asking for trouble. The more you can control what people can see, the better. Like a gunslinger in the old West, you want to keep your back to a wall.

Think of your background as another way to communicate your brand. We live in a world where you have a very small screen in which to tell producers and executives who you are. Inevitably, you tell a story with the elements you share visually; why not do it deliberately?

Being in the foreground with a lot of depth of field behind you may be interesting on a movie screen, but in real life, it’s distracting, hard to control, and makes any visual elements you might want to highlight difficult to see. Ideally, move your desk to have a wall with some shelving behind you, then check what your camera takes in. Fill that space with a few items to create a restful background with one or two pieces that could be conversation starters, such as an award, an interesting painting, or (in my case) a replica of the Maltese Falcon. Think of it as offering the people you meet the possibility to connect with you over something you both enjoy.

No usable wall space that would make a good background? I have a friend in the same boat. She uses a screen to block out the rest of the room. It gives a little texture, creates the sense of an intimate space, and hides any distracting piles of laundry.

But what about Zoom backgrounds? These should be a last resort. It is better than an open floor plan (as the reporter who was on air when her naked boyfriend walked by would agree), but you winking in and out of existence on a tropical beach is not going to help them hear your pitch. 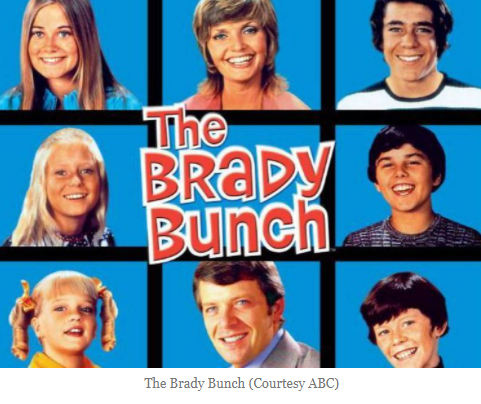 Zoom pitch meetings are rarely one-on-one, and the more people there are, the smaller each frame becomes. How to keep their eyes on you? Try wearing a pop of color. A coral shirt, a yellow button-down, a red scarf… I’m not saying go neon, but an easily-noticed dash of color can help keep their eyes drawn to your Brady Bunch window.

There’s a reason ring lights were all the craze in the early pandemic days. Natural light is ideal, but we can’t always have sunshine on demand. You want a couple of light sources and if they’re movable so you can play with them, all the better. Record yourself to make sure you can be clearly seen — no shadows obscuring your face, no backlight that would make someone need to squint. As much as possible, you want to create the illusion that you are in the same room.

Sound is even more important. It’s worth recording yourself chatting with a friend to see how tinny or glitchy your default mic might be. There are lots of articles on home podcasting; borrow some of their solutions on deadening echoes and choosing decent mics. And if you’re on a team pitch, keep your mic muted while others are talking, but stay engaged. You are still on camera. Listen with the energy you want them to show you.

5) Back Up Your Tech

If you’re pitching with another person, make sure both of you have copies of any slides; if solo pitching, back up to a second device. I know it’s old school, but print out your notes. It can be easier to glance down at paper or index cards than to try to juggle multiple devices.

You want to practice your pitch with exactly the specs you need; Netflix, for instance, requires Chrome and Google Hangouts, and it makes a difference. You should also be prepared to give your pitch with no bells or whistles if you have to. Writers have sold pitches using only the power of their words before and they will again. Don’t waste a meeting over a technical glitch.

6) Look at the Camera

This is the most difficult thing to master with any kind of virtual meeting. You want to look at your screen because that’s where the people are! The problem is, your camera is almost certainly either above or to the side of your monitor. So when you’re looking directly at the person on-screen, to them it looks as if you are looking away. This is bad. 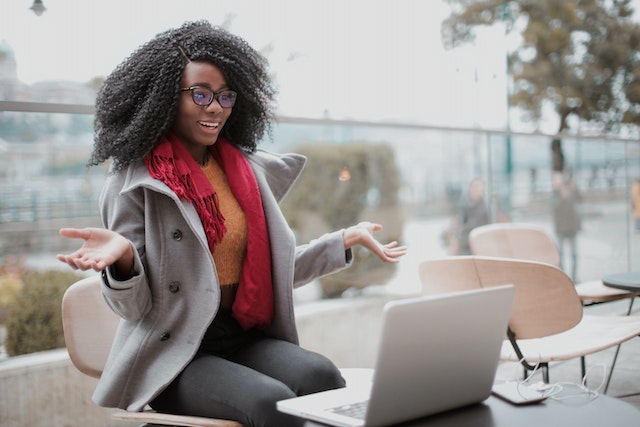 It will take practice looking to the camera instead of the screen, but particularly for a pitch, it is incredibly important. You are trying to create a bond through gadgetry and across the ether. You are creating the illusion of connection.

The good news is, when you are looking into the camera, it looks as if you are looking directly at each individual person on the call. This is the one advantage it has over being in the room with a group of producers or executives: in real life, you can only make eye contact with one person at a time. On Zoom, you can make it appear as if you are making eye contact with every single person, all at the same time.

It’s worth making the effort.


7) Use Slides with Pictures, Rather than Words

People have their eyes glued to the screen all the time right now. They are desperate to have something interesting to look at; slides that create the mood, that mirror and convey the emotions of your pitch are priceless. The last thing you want to do is clutter up a slide with words.

They can’t read and listen to you at the same time. Don’t duplicate your message. Let your voice enroll them in your story and use the screen to carry them along with visuals which surprise and delight, which carry the tone and create atmosphere. Create, intentionally and wordlessly, the mood you want them to feel.

Remember that the heart of pitching hasn’t changed. You are still telling a clear and compelling story, using the power of your words to capture a producer’s imagination and make them excited to play with you in the world you’ve created.

A world I, for one, look forward to seeing on a much bigger screen.