Adam Rosenthal began his career working for screenwriter David Elliot (GI Joe, Four Brothers) in the latter’s renovated garage (where he also lived). Since then, he’s worked on several TV shows (The Magicians, Aquarius, Blood & Oil), and as a development coordinator under Tony Krantz (Dracula) and a creative executive at Smart Entertainment (Blades Of Glory, Beverly Hills Chihuahua). He has also worked as a script analyst for The Blacklist, and as an educational video producer for a software research firm. He currently works as a co-producer at Act Natural, Inc.

What is the remit of Act Natural in terms of the type of material you’re currently seeking?

Act Natural is currently seeking female-focused thrillers, contained dramedies, LGBTQ+ narratives, and socially conscious dramedies. Our goal, as a company, is to trust creatives to tell stories that only they can tell and produce material that gives communities a chance to see movies and TV shows that represent their own experiences – especially if that hasn’t been the case for far too long.

What does a typical workday look like for you?

I think one of the things that you probably hear a lot is that there’s no such thing as a typical workday. As clichéd as it is, it’s the truth. This morning, I’ve called a bunch of writers to give them notes on material they sent me over the weekend. This afternoon, I’m helping with production on a project we’re working on. Tomorrow, we’re taking a field trip to a bookstore to look for potential IP, and then I’m getting lunch with an old friend who’s below-the-line talent to see if they’re available for a project we’re developing.

Where is the most unusual place you’ve sourced material to develop?

A webcomic that I read back in college that stuck with me. It was a one-off but there was so much world in there. The writer/artist had gone on to a bunch of other things, but for me that was such an impactful comic and for her it was a blast from the past. But it’s been a lot of fun getting into it.

Do you prefer to develop scripts with writers or them to deliver a script ready to go?

I think it’s fun to do some basic foundation laying – figure out characters or the broad strokes of a story with a writer, and then see how they run with it and give notes from there. Basically, get on the same page at the beginning so that we both have general expectations set, but it’s really nice to be surprised by what gets sent to me, and it’s really fun helping mold after the fact. I far prefer that to being overly involved because there’s no surprise then and I worry that it stifles creativity, or completely hands-off because functioning without guidance as a creative can be a little like fishing without bait.

What draws you into a script?

The voice. That’s the first impression. I’ve read an unhealthy number of scripts, and a lot of stories can be pretty common There was a period of a few months about 4 or 5 years ago where I read dozens of scripts about the crew of a space station watching as the Earth got destroyed. The characters are vital to the story, of course, but if you’re asking me what first draws me in, it’s the voice. You can tell from the first few pages if the writer knows what they’re doing – if you as a reader and as an audience member are in good and confident hands.

What are the most common notes you give after reading a script?

The biggest note I give usually ties back to themes. Some scripts don’t have a them – a “what question am I trying to answer with this?” Some scripts have a theme but don’t have characters whose flaws link back to it, or a story that doesn’t address it, or a villain who doesn’t speak to it, or even, at the end of the day, the script hasn’t decided how it feels about the theme. Having a set theme is a really good way of organizing all of your thoughts for a story and making it feel really cohesive. 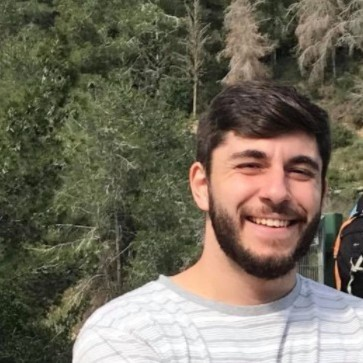 For example, look at a movie like Moana. To me, one of the core themes there is about choosing to act. Each character ties to it–Moana is someone who longs to go out and explore. Her father is a character who chooses to not act. Maui acts without regard for consequence. Tamatoa is a character who benefits from reckless action at the expense of others, while Tefiti is a character damaged by reckless actions. Everything that happens between all of these characters is rooted in that theme and makes the story feel organized and intentional.

How early do you decide whether a script is right for you?

I read a script all the way through, no matter what. I can get a pretty good sense if a story is right for us from the logline, and I can tell if a writer is experienced enough to work with within the first 3 – 5 pages, but I read every script all the way through. After all, Hill Street Blues was a pilot that was elevated to greatness in the last few minutes of the episode.

What separates a good script from a great one?

Knowing what information to give and what to hold back. This is true for scene descriptions. I don’t need to know the clothes the characters are wearing unless it’s vital to the story – not the character, dialog. Exposition dumps are terrible, but almost as bad are moments where characters relay information that isn’t crucial to the story just yet. Even plot. Does your twist or reveal belong here or will it better serve the audience and the experience by placing it 10 pages later?

How do you balance art vs commerce?

All I can ever do is read something and say “this appealed to me, it’ll probably appeal to others” and run with that. Maybe I’m unique in why a script is appealing, but odds are pretty high that if I liked it, and the writer liked it, there will be others who like it. After all, art has to speak to something beyond itself — a specific emotion or experience or idea. If it connects with a lot of people, then there’s no reason to separate art and commerce.

What film or TV series do you wish you produced?

I like this question. Because on the one hand, I could say a show like The Good Place, but to me, that’s a damn near perfect show and who knows how my involvement would’ve impacted it. But shows I would’ve loved to be involved in in some way? You’re The Worst, Rick & Morty and Bojack Horseman.  Shows that ride that line between cynical and earnest in really creative and engaging ways.

What are you watching right now?

I’m digging the direction of the last season of Brooklyn 99. I loved GIRLS5EVA (Paula Pell alone is worth the Peacock subscription). And Harley Quinn speaks to my comic book soul and has some incredibly (and shockingly) heartfelt moments, especially dealing with the wake of an abusive relationship. And then, of course, there’s Reservation Dogs, What We Do In The Shadows, Breeders, Invincible, The Owl, The Boys — maybe I watch too much…

Is there a place for original material or is there still only room for IP?

Short answer, there’s a place for original material, but it’s pretty finite, especially in TV. Buyers want a guarantee. They want to say “there’s a built in audience for this so we won’t lose money” which makes sense for them! But there are workarounds. There’s a way you can have it all, even if it’s slightly harder. And I can’t take credit for this at all.

I was talking to a showrunner who we’re developing a project with, and he basically said that you can have your original idea and then find IP that has a lot of the key components that you can then map onto your idea. You then secure the rights and sell it to buyers as “here’s an adaptation of this, but we’re taking it in a new direction” and all the buyers will hear is the first part of that sentence. Of course you have to convince whoever owns the rights that you’ve got the best intentions of the IP at heart. Which you should, of course, because that’s their baby (or their client’s baby).

What is the current state of the industry and where do you see the most opportunity for writers?

I think right now, we’re on the cusp of platform collapse. You have all of these established channels slowly breaking into the streaming game. There were already so many streamers and so many distributors in more traditional TV before that. I think with all of these different platforms, there’s going to hit a point of diminishing returns on investment. And then platforms will fold or they’ll stop buying as much as they are now, because there just won’t be enough eyeballs on the screen to justify the cost. What that means for writers is that there’s going to be a scary moment in the future where it seems like no one is buying anything and the plethora of writing opportunities in rooms are suddenly drying up. The plus side of that is that it leaves more room for innovation. I think there’s a lot of opportunity in a few years with interactive media, like AR and VR and video game content. Before that, I think we’re going to see more opportunities for the WGA to get more involved in negotiations for minima and standardized payment in the world of podcasts. Right now it’s a little bit of the Wild West out there in terms of payment, but I think – I hope –that’s going to change.

If you were given a check for $100million what films/ TV shows would you make?

I’m sure the rights to it were gobbled up but good lord I would LOVE to make an adaptation (I know – I know – but the fact of the matter is, I don’t know what originals are out there so change my mind on this one, writers!) of N.K. Jemisin’s The City We Became, Isabel Ibañez’s Woven In The Moonlight, or the Kieron Gillen’s Die comic series. Other than that, I would truly just love to take that check and make a bunch of smaller and more intimate comedies and dramas. But if you’re throwing that kind of cash at me, my first instinct is to make a sweeping fantasy epic, like those.