Alex Kurtzman & Jenny Lumet On ‘The Man Who Fell To Earth”

“Hopefullness & Loneliness” Alex Kurtzman & Jenny Lumet On ‘The Man Who Fell To Earth”:

The Man Who Fell To Earth began its literary life as a novel by Walter Tevis back in 1963. In 1976, it was transformed into a film directed by Nicolas Roeg and starred David Bowie as the space oddity Thomas Newton. The enduring story of an alien sent to Earth to pose as a human in order to save his drought-stricken planet after endless nuclear wars has undergone a do-over as an ten-part mini-series helmed by Jenny Lumet (Star Trek: Strange New Worlds, Clarice) and Alex Kurtzman (Star Trek: Discovery, Sleepy Hollow.) The pair spoke with Creative Screenwriting Magazine to discuss their perspective on this classic story.

“The world around us seemed very strange and odd which inspired us,” began Jenny.”We we started writing this three years ago as we were trying to process the world. Now it seems the world is on fire. The man fell to Earth at a time when the Earth needs him.” Alex Kurtzman postured that they were asking questions about the increasingly confusing state of the world they didn’t have answers to.

They had written four scripts before COVID hit. Production was halted for one a year giving Lumet and Kurtzman time to further appreciate the tensions and fissures in the world that were simmering below the surface. Rather than yielding to the powerlessness forced upon them during the pandemic, they harnessed their combined creative energies as a cathartic process to write more episodes.

“Gene Roddenberry who created Star Trek created a roadmap of the idea of imagining a future where our better angels won, “ said Kurtzman on his initial inspiration. “On some level, we did a similar thing with The Man Who Fell To Earth.” 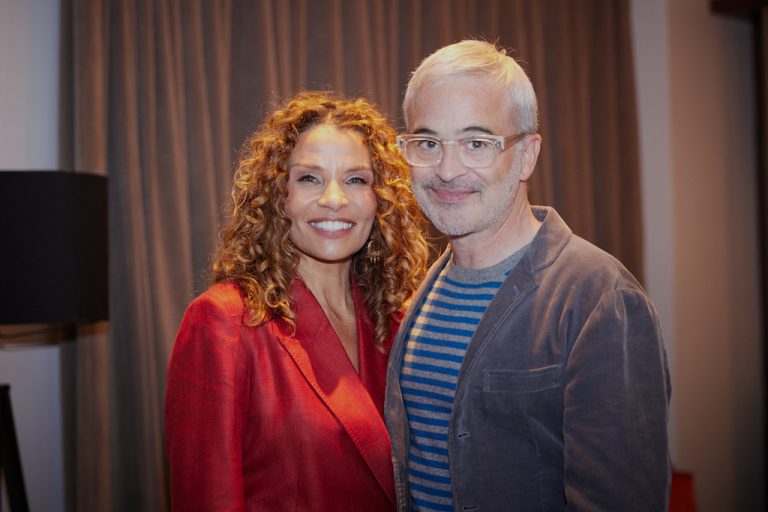 Jenny Lumet was very clear on the thematic throughline that underpinned the various incarnations of The Man Who Fell To Earth. “It’s about sense of hopefulness and a sense of loneliness. Our deepest desire for connection and how far we will travel to find it.” The disconnection and isolation was counteracted with humor, sometimes presenting as snarkiness and sarcasm. She pointed out that there was also a lot of humor in the book.

The writing duo decided against a complete re-imaginging of the original story. “Both the novel and film were beloved in different ways in different eras,” pondered Kurtzman. “To cut and paste the original story into modern times was an exercise in futility and standing in the shadow of David Bowie was very daunting.” Bill Nye plays Thomas Newton in the current television series who invites Faraday (Chiwetel Ejiofor) to Earth to complete his mission.

Looking At The Man How Fell To Earth With Fresh Eyes

Alex noted that Newton was a very passive character in both the novel and the film. “He innocently comes to Earth and becomes corrupted by betrayal, human love, alcohol, wealth, and the CIA.” Jenny and Alex considered how such a character might organically change over time.

On a metaphorical level, Kurtzman stated that Tevis’ novel is still relevant because the audience didn’t fully appreciate what he was trying to say. “If we don’t look at the present choices we make as a species, we’re going to end up like planet Anthea.” Alex continued that, “We’re at a tipping point now regarding the fate of our planet more than ever.”

Tales about aliens landing on Earth have been told for years. Why are they so enduring? “I think we want to see ourselves,” mused Lumet. “People value a blank slate introduction to humanity via the relative perspectives of aliens and humans.” The alien view of the world is very pure and honest. “There’s something simple, binary, and reductive about aliens. They come to Earth and see us exactly for who we are,” continued Kurtzman. In addition, there is also a human desire to believe that we’re not alone in the universe. “It also has something to do with our need to believe we’re part of something larger,” he declared.

“The reaching out and the opening of oneself and letting in the idea that there might be something else out there never ceases to amaze me,” declared Lumet. “It’s something very akin to faith. It makes you look at the menu of humanity.”

There is a deep irony in an alien learning to become human in order for us to better understand ourselves. Alex Kurtzman appreciated the allegorical nature of Tevis’ cautionary tale. “It’s no accident that the Antheans are humanoids and they are suffering the effects of their poor environmental choices.” Their planet looks remarkably similar to New Mexico with a blaring warning to humanity. “We never wanted the sci-fi components to feel so distant and alien that they couldn’t relate back to us.” The great science fiction writers write allegorically or metaphorically about our world. On its deepest level, the core message of the story is that none of us are all that different. “Antheans also feel love and protective of their families, but they process it differently than humans,” pondered Kurtzman. 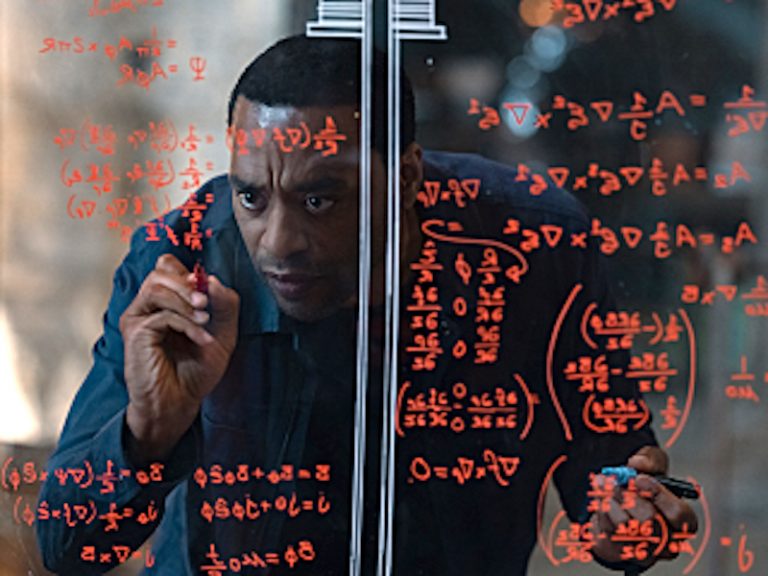 Faraday was summoned by Newton in the current series to complete the mission of saving Anthea. “When Faraday left his family behind, he only saw the mission ahead rather than fully grasping what saying goodbye to them really meant,” stated Alex. As Faraday eventually succumbed to the same human vices as Newton, he gradually realizes that this may be the last time he sees his wife and children. Telling the story over ten episodes allowed Jenny and Alex to explore the micro nuances and take their time with it.

Jenny Lumet expanded on the character of Justin Falls (Naomie Harris) who accompanied Faraday on his journey. “It takes Justin a long time to commit to following Faraday. She put her hopes and dreams away to help save Anthea. We felt the distance between her soul and her self was equivalent to the distance between Earth and Anthea. You’re so far away from yourself that something extreme has to happen to bring you back,” she added. In this case, it was an alien landing. “Faraday helped her reclaim her brilliance, her spirit, and her joy.”

The first episode Hallo, Spaceboy has a lot to pack in in order to set up the world, the characters, and the entire series. “I think the biggest mistake writers make when talking about world-building is to start with building the world first and not going through a personal subjective experience that becomes the doorway into the show,” continued Kurtzman. Hence the reasoning behind focusing on Faraday and Justin in the pilot episode. Justin’s father and daughter were folded in during episode 2 and the villains in episode 3. “We’re telling the story from the inside out, not the outside in.” The writers wanted to put the audience in Faraday’s shoes when he’s little more than a babe in the woods in order to understand the magnitude of his mission.

They took great care to equally present both Justin and Faraday’s point of view. “Justin represents the audience because she’s human,” said Kurtzman. “She wears her heart and soul on her sleeve in a way alien Faraday can’t yet.” This allows the audience to experience the insanity that’s been presented to her through her eyes.

Jenny Lumet noted some small but significant scenes which shows “humans at their most human. When Faraday walks over broken glass, the humans assume that he’s human because the behavior is inside the realms of human craziness. The way into the story is to be as small and subtle as possible.”

Alex Kurtzman discussed the restrained pacing of the pilot episode. “When you’re asking the audience to buy into a fantastical premise with ideas as big as this one, you don’t believe the baseline if you rush it.” Once the trajectory is set after episode 2 when Justin commits to helping Faraday, the pacing ramped up dramatically.