Are Limited Series ‘Series Lite’ Or Their Own Form Of Storytelling?(Part 2)

This entry is part 2 of 2 in the series Limited Series:

“I have so many favorites I cannot name one,” said The Surprise Visit actress and producer Serah Henesey. “True Detective (season 1) was probably my first love in my foray of ‘limited series and this show set the bar so high, I believe there are very few that come close to it. It was EPIC. The performances, the story, the way it was shot, in so many ways it really was a first. It felt like a feature film that unraveled in its own opulent pace. The performances and cinematography were equally delicious, yet its subject matter so dark and ugly. It was stunning and ugly at the same time. I could go on about it for hours. So, suffice to say I was mesmerized. The Night Of could stand tall on the performances of Riz Ahmed & John Turturro alone, but the story and the suspense and its twists keep you guessing until the very end. I was hooked instantly, and it stayed with me long after I completed watching it.”

Writer, director, producer and special effects artist Joe Castro (the Terror Toons franchise, Pretty Boy, Blood Feast 2, Mutilator and its upcoming sequel) is drawn more to scientific material. “When I watch TV, I normally watch factual-based television shows like How the Universe Works and How it’s Made, because my mind loves to see how things work and tick with science. Those two are literally my two favorite shows. I literally fall asleep every night by watching episodes of how the universe works and how it’s made it’s comforting to know that there is still television programming that is mysterious, magical, educational and informational without trying to sell me anything and both of these television shows are fascinating.”

“The Night Of is a seminal story about modern justice,” stated Drake. “A limited series was the perfect medium to bring the characters and drama to life. A two-hour feature film would have lost the nuance, which was necessary to tell the whole story, and a six-season run, which could have been brilliant, might have been too much for some audiences to stick with. Creators Richard Price, Steven Zaillian, and Peter Moffat created a wholly original crime drama. The show should be required viewing for anyone interested in writing. Godless by Scott Frank is my favorite. The show is pure lightning in a bottle. Jeff Bridges as a charismatic outlaw in the wild west? A derelict mining town run by badass, unfiltered heroines? Originally, the pilot was a feature film script, and when the opportunity came for Frank to expand on the world, he seized the moment.” 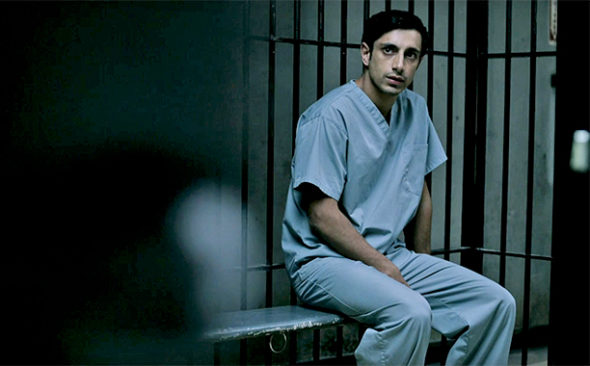 “Squid Game blew my mind and then some,” added Reem Kadem, Screenwriter/Script Consultant and the Director/Producer of the Variety Featured Documentary: Self Serve. “Talk about power and greed and how it can corrupt the human race and turn it upside down. Just hauntingly brilliant. It was like nothing I’ve ever seen. Others that have influenced me would be: The Queen’s Gambit, The People Vs. O.J. Simpson, When They See Us, and Normal People. Of course, these are a mix of fiction and true story limited series projects. I commend both, because it’s about mastering the storytelling approach either way, but it’s fascinating to watch a true story that you know about, like O.J’.s or the Central Park 5 (When They See Us) because it’s a tap dance between utilizing dramatic license, and sticking true to the facts that we all know about…Going back to The Queen’s Gambit, that project took thirty years to get to the screen. Can you believe that? It’s wild when you think about the greatness of material out there, and yet it takes an eternity to make it happen.”

When Walter Tevis’ 1983 coming-of-age novel was adapted for Netflix in 2020, The Queen’s Gambit became one of the most-loved series of all time. Heavy themes of discrimination and addiction centered around a chess prodigy launched an unlikely show into the top slot in sixty-three countries.

“The Queen’s Gambit knocked my socks off — in every way,” continued Tucker. “And I have zero interest in watching anyone play chess! But it’s the perfect example of what a great limited series can do that movies and ongoing series often struggle with: telling a complex, multilayered story from beginning to end — without cramming a character’s entire life journey into a narrow two hour box, with no room to let anything breathe… or stretching it out into too many seasons by adding a bunch of crazy plot twists just to keep the story going. The Queen’s Gambit felt propulsive and bingeable, without ever succumbing to any of the TV tropes. I kept waiting for the murder, the gratuitous violence, the ‘a-ha! Gotcha’ plot twist… and thankfully — miraculously — it never happened. It felt gorgeously grounded and emotional and beautifully restrained from start to finish… and when it ended, even though I never wanted it to end, I felt the entire story had been told.” 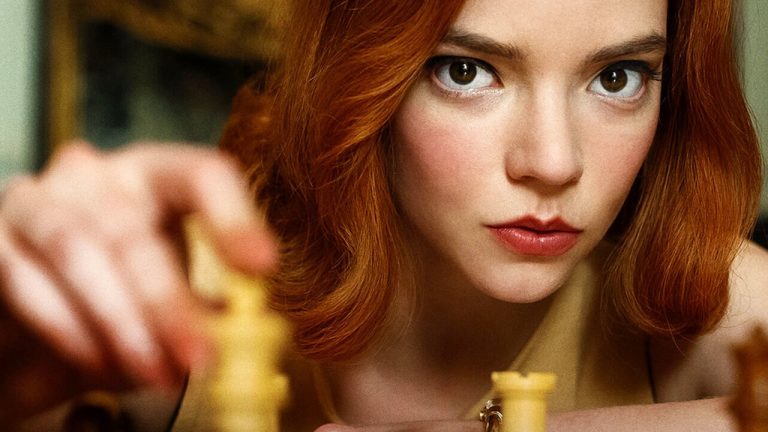 Kelly Eisenbrand, who was a finalist in the Stage 32 TV Comedy Writing Contest and the Chinese in Entertainment Pitch Contest, a Semi-Finalist in the Stage 32 New Voice in Animation Contest and selected for the Disney Writers Program 2022, was inspired by the series in her own writing. “I think The Queen’s Gambit packed a lot of lessons I needed as a screenwriter (and it also came at the right time — height of the first wave of the pandemic, and I think everyone needed an escape). First of all, the reason that series is so pleasing is, in my opinion, that it’s a pure fantasy. Elizabeth Harmon is a genius. She is ethereally beautiful. People tolerate her treating them like trash merely for the privilege of being around her beauty and her genius — her friends never abandon her no matter how she treats them, and she doesn’t have to change in any way nor even apologize in order to keep their support. Her addiction is a setback that is overcome in a single fell swoop. She doesn’t face any (deep or impactful) sexism despite the era and the male-dominated sports environment. Plus the setting, the costumes, the score, and the photography are sumptuous. This was all important for me to realize while watching it. Previously, I lived and died by the idea that all screenplays need to feature consequences, and characters with a lot of nuance and specificity—touched by realism. Sometimes this is true. But [it] succeeds precisely because it is unrealistic, untethered by obvious consequences, and thus…not touched by the darkness of more grounded material.”

Tucker ended on this note: “My last show, Sacred Lies, was a limited series. It’s a dark, lyrical, female-driven anthology, that merges fairy tales with modern-day mysteries. It was produced by Blumhouse for Facebook Watch — but is now streaming on Peacock. I’m incredibly proud of that show and everything it stands for. I have a bunch of exciting new projects in the works as well — including reuniting with Blumhouse to adapt Stephen King’s novel Later into a limited series, with Lucy Liu attached to star. Later is part thriller, part ghost story, part detective novel and coming of age story. I’m a huge Stephen King nerd so this is like life goals. I’m also working on a few different projects for Amazon right now, but those are all top secret at the moment. What I can say is that I’m excited to show people that I’m not just a genre writer — I’m developing a period drama, a global thriller, a half hour dramedy. When I first became a TV writer you were forced to pick a lane and just stick to it. Which always pissed me off and never felt authentic to who I am — and what I’m capable of. But I am so fortunate to be a showrunner right now — when there is so much opportunity to tell so many different kinds of stories. The walls have been kicked off the box — the rule book has been ripped up, sky’s the limit for what we can do now… and I want to do all of it — at least until you’re all sick of me.”