Chip (John Mulaney) and Dale (Andy Samberg), the famous cartoon chipmunks, made their on-screen debut in 1943 in a Disney cartoon short called Private Pluto. Fast forward to 1989, the duo started their own detective agency in Chip ‘n’ Dale: Rescue Rangers where they took on those cases considered too small for other detective agencies. Jump forward again to 2022, and Chip and Dale are now cancelled TV stars who’ve gone their separate ways after a falling out. Chip is a content insurance salesman and Dale yearns to re-enter the television fray.

The newest iteration of Chip ‘n’ Dale uses a Who Framed Roger Rabbit CGI/Live action hybrid palette to tell its story about reconciling broken friendships after one of their former TV cast mates Monty Jack (Eric Bana) disappears. The duo dust off their detective personas and find their missing friend. Screenwriters Dan Gregor and Doug Mand spoke with Creative Screenwriting Magazine about their take on these adorable detective chipmunks. 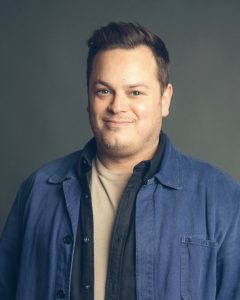 “Chip and Dale existed in the Disney catalogue primarily as Donald Duck foils,” said Gregor. Later, in the 1990s, they underwent a complete makeover and became detectives. “This change become the cornerstone of the idea that they were not characters, but rather actors playing parts in a fictional version of Hollywood,” he continued. This forms the basis of some of the industry jokes in the film.

Doug Mand admitted that he and Dan were not initially excited by the prospect of a Chip ‘n’ Dale: Rescue Rangers reboot when they were approached by Disney to write a screenplay. “Our initial reaction was why?” pondered Mand. After deciding that the titular chipmunks were going to relive the glory days of their mildly successful cancelled television show, team Gregor and Mand asked Chip and Dale the same question the asked themselves.

Does the audience really want to see them again? In doing so, they posed questions of making a comeback, whether anyone really cares about them any more, are they really that famous or relevant, or should they just be happy with their past glory days and move on with their lives? “This questioning allowed the story about fame and friendship to take shape,” continued Mand. They leaned heavily into the noir aspects of Roger Rabbit where ‘toons lived with real humans. That was their entry point to Rescue Rangers. Should Chip and Dale remain in suburban obscurity or re-enter the limelight? This was the thematic core of the film.

Chip ‘n’ Dale makes no bones about poking fun at Hollywood and its celebrities. Despite the ‘take them or leave them’ self-referential satirical gags, Dan and Doug’s first goal was to make each other laugh during the writing process. Admittedly, some of the reference were too obscure or too old for a mass audience, so they were eventually edited out.

- We focused on every bit of nostalgia that we could up with in the early stages.

The pair started writing the screenplay in 2015, so they had plenty of time to consider which gags belonged in the story. In 2019, director Akiva Schaffer (Lego Movie) helped them distill the script into its core question – are we still relevant? He became the third writer of the team and final arbiter on which jokes made the final cut. 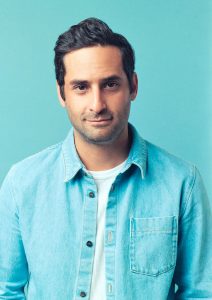 Chip ‘n’ Dale rides two thematic tracks – fame and friendship. “The backbone of our film is about restoring a friendship gone wrong,” stated Mand. “That can be transferable to any occupation, not just acting. So much of failed friendships are about lack of communication and not being able to express yourself in the moment when your feelings are hurt and you’re angry. As time goes on, the rift becomes bigger. Fame just gave it a backdrop.” The emotion behind rekindling this sour friendship is relatable to anyone.

Dan Gregor was also interested in the toxic nostalgia of Hollywood and why we want to keep certain things alive. “Holding onto the past provides some comfort, but on the flip side, it prevents growth and change.”

Gregor and Mand used the Roger Rabbit script to reference as they wrote Rescue Rangers. They didn’t need to constantly differentiate between ‘toon and live action characters. “All we had to do was say, ‘It’s just like Roger Rabbit’ in the opening pages and the audience immediately got it,‘” said Dan. “We didn’t have to waste time to explain the world. You jump in and get on with it.”

Another notable component of the screenplay was that Chip had CGI plastic surgery to maintain his youthful looks, while Dale aged gracefully.

Chip ‘n’ Dale is truly a four-quadrant family film that targets its noir elements towards adult viewers and the goofy chipmunk antics to the children. “We were inspired by L.A. Confidential and the theme of underground plastic surgery for actors,” added Dan. “We didn’t want to make it too dark so that parents might become upset if their kids watch it.”

Dan and Doug are fine if the kids miss the references to bootlegging or cheese addiction. “We want the kids to feel like they’re in on the joke in the crazy world even if they aren’t.” So long as everyone was entertained by the goofy antics and the darker elements of human trafficking.