Alan E. Ball cut his writing teeth as a playwright before shaking our screens with the Oscar-winning indie powerhouse American Beauty and the multiple Emmy-nominated TV series Six Feet Under and True Blood. This year, he graced our screens with another indie film called Uncle Frank starring Paul Bettany (Frank Bledsoe) and Sophia Lillis (Beth Bledsoe).

“It’s not so much a coming out story as it is a story about coming to terms with trauma.” The death of Frank’s childhood special friend Sam (Michael Perez) affected him and shaped his entire life. Ball first wrote the screenplay around five years ago and it has only just made it to our screens.

“Uncle Frank has been percolating in my head since I came out to my mom when I was thirty-three decades ago.” Curiously, his mother blamed his father for Alan’s sexuality, “because he may have been that way too.” Ball couldn’t ascertain the veracity of his mother’s claim because his father had already passed. However, it does lend credence to the theory of a genetic basis of sexuality, but that’s another film. 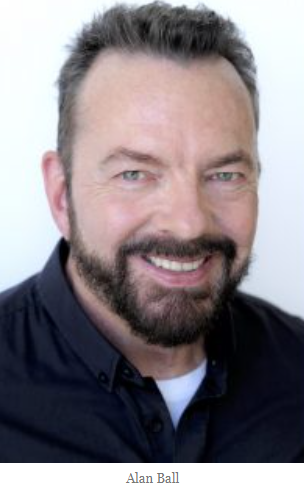 Ball later found out that his father had a “really, really, really good friend called Sam.” In a separate incident, another friend had drowned and his body was transported back to North Carolina for burial. The seeds for Uncle Frank were sown. What if these events formed the foundation of a movie?

The 1973 time period of Uncle Frank was specific to Ball’s coming of age. Societal norms have changed so much since then that it’s unlikely Frank would have been closeted if the film was set in the present day. It wouldn’t have had the same impact. “The 70s served as a memory for me of a feeling of not being of that time.”

Ball’s fascination with death was also spawned from his sister’s passing during a car accident in which he survived. “My sister died in a car accident when I was thirteen years old while she was driving me to my piano lesson. I always blamed myself for that.” Frank Bledsoe also blamed himself for Sam’s death in the film, but for different reasons. “Guilt was something I connected to really personally.” Frank has to forgive Sam and forgive himself.

Uncle Frank bears many scares and emotional wounds as Ball. Frank’s father was well aware of Frank’s sexuality and forbade him from being who he was. “Frank breaks it off with Sam in an attempt to shield him from his father’s wrath.” Sadly, Sam commits suicide after Frank rejects him. Frank was the only person who could accept him.

Wally (Peter MacDissi), Frank’s current partner, is more pragmatic about his sexuality. He’s from Saudi Arabia and realizes that he must hide his sexuality from his family in order to prevent shame from coming to them. He’s made peace with that. “He had to leave his home and his family because of who he was.”

Beth Bledsoe (Sophia Lillis) moved to Manhattan to study at the college Frank teaches at. After attending a party, Frank is forced to come out to her. “The fact was Wally was present motivated Frank to come out to Beth. It was also a gift and relief for Wally.” Beth was more accepting of Frank’s sexuality than other family members. His family were more the “we don’t want to know” type.

“Beth and Frank already had a bond and were more open to life and different experiences.” Despite her acceptance of him, learning about her Uncle Frank’s sexuality was still difficult for her.

Beth has a lot to grapple with. Frank is a man she reveres and she’s with him when he’s so vulnerable at his worst possible self. She finds strength and courage and uses his own words against him to help him get through his situation of a self-loathing and self-pitying mess. “Are you gonna be the person you want to be or the person that everybody else tells you that you are?”

“Coming home for his father’s funeral he’s forced to confront everything. He has to begin the process of forgiveness and healing into an actualized person.” 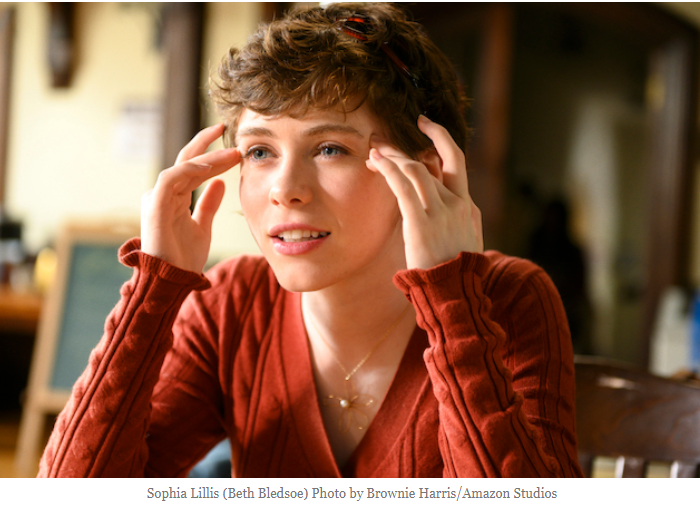 Numerous films have stuffed rural America into a narrow socially conservative box. “There has been some evolution in their progressiveness.” The internet and has brought the world to rural America’s doorstep so they are less sheltered than they used to be.

Alan Ball has eclectic tastes in storytelling. He’s particularly fascinated by the story of Amy Fisher, a Catholic schoolgirl, who at age seventeen had an affair with a married man, Joey Buttafuoco, and killed his wife through jealousy. “There’s something way more interesting and bizarre in that story than what we know of it,” explained Ball. He has a range of heroes that inspire his creativity. He’s particularly inspired by the directors Robert Altman and Billy Wilder.

There are many screenwriters vying for the attention of film and TV producers. “Passion separates the good writers from the great,” according to Ball. The craft can be practiced and improved.

“Write something that you care about.” Too many screenwriters approach their craft as a mechanical process rather than from a place of passion. “Characters are often pieces moved on a board.” The filmmaker advises against writing something you think might sell because it looks like something successful. “Write something that makes you angry, makes you sad, makes you laugh. Write a story that matters to you. The work that stands out is the one where the writer pours a piece of themselves into it. It’s not just Hallmark,” he continued.

Alan Ball isn’t much of an outliner as he writes. “I might do some outlining on a subconscious level, but when I’m ready to write I’m excited to see where the story takes me.” He admits that this might not be the most productive approach to screenwriting but it works for me. He considers writing from outlines as filling in the blanks when he gets to the screenplay stage rather than taking characters on a journey.

Ball typically takes three to six months to write a feature screenplay. He also creates music playlists to aid his creative muse. “I listened to a lot of 70s music when I wrote Uncle Frank.”

Alan Ball has seen monumental changes in the film and television industry since he started out. “Television has become a huge source of interesting storytelling for adults. The movies that are getting produced trend towards global audiences who don’t necessarily speak English.” That can be a blessing and a curse.

“Many American movies that get produced today are more spectacle and fantastic than good stories.” He doesn’t believe American Beauty would get made today by a major movie studio. It’s frustrating for Ball that the film industry is too focused on profits and making more of what works than exploring new voices. “I don’t want to repeat myself. I want to do new things. People don’t want to produce screenplays that don’t resemble something successful.”

The multitude of viewing platforms is cause for celebration – perhaps too many. “There’s too much content for me to make a choice.”

In conclusion, the filmmaker wants to be known for his authentic characters – even the ones that do bad things!