Animation has been adored by audiences young and old for over a century. The format has come a long way from the days of hand-drawn cels to today’s stunning computer-generated graphics. Despite the technological wizardry, animation is a platform and a style rather than a genre. That makes it story agnostic. Animation also includes video games who’s stories have become increasingly sophisticated and cinema-worthy.

When writers approach animated stories, they should do so as if they were live-action. However, they need to identity what the “animated” elements are and justify the high expenses and time consumption. Animation writers should have a compelling reason to write in the medium. Are there talking animals, shape-shifting robots, or inanimate objects that come to life?

The augmented and virtual reality spaces have also heightened the visual experience by layering animated frames over the main live action or other graphics.

The writing in animation scripts tends to be denser with much more description so that the artist have a solid foundation on which to draw. Animators can’t rely on actors to bring a script to life as is the case in live action. An animation writer can’t simply write a gothic house or a space ship in a script without a description. Consequently, animation writers mainly work intimately with the artists to ensure the two components progress in tandem. 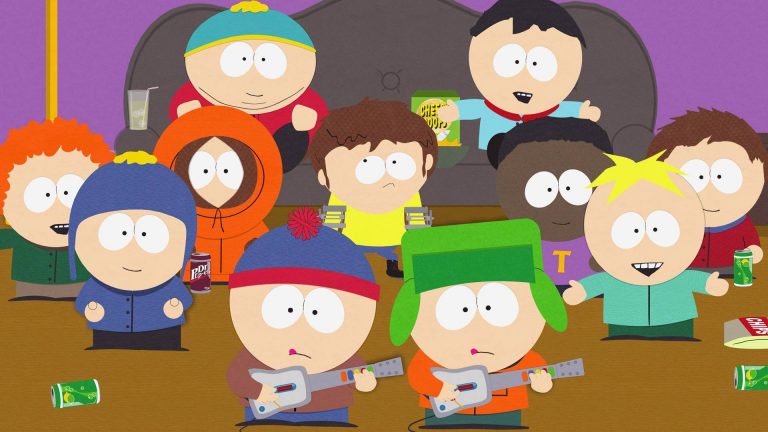 Pitching animation projects to producers requires some guesswork in terms of how much artwork should be presented. Some producers rely on look books so they can visualize the worlds and the characters that inhabit them, while others don’t like them so they can visually construct their own worlds from the page. It’s always a good a idea to have key art available in case they are requested.

Animation is such a unique art form with so many styles, so it’s important to at least state the type of animation you envisage. It could be the rudimentary, circular style of South Park, to the glorious detail of Disney, to the technical wizardry of Pixar, to the futuristic-looking Manga. Writers and artists should consider the color palette of their projects too since it also informs their storytelling.

Writers and the entire animation team should have an idea of how a project might get made. What will the marketing look like? One consideration is the voice cast. Celebrity voices will invariably attract audiences.

Animated films and television series have a different production timeline than live action. There are four main stages, but their lengths and purposes differ.

The process includes the pitch, treatment, character and visual design leading to the script in animation. Live action projects typically don’t require any visual elements. Other than that, the development and pre-production stages are reasonably similar in both animation and live action.

This includes drawing all the characters (including outfits, expressions and key gestures), backgrounds and other sets, creating animatics (a slideshow of the animation in sketch form), recording songs, dialogue, layout design, staging and ultimately a story reel. This is the most energy-intensive step in animation because you can’t easily do reshoots or decide that your prince will now become a cowboy. This step is the most different from live action which is typically restricted to location scouting, set construction, casting and doing test shoots.

This is actual animation process which is more than drawing and coloring in between the lines. It involves lighting, color grading and matching, texturing, and rendering. The technical complexities of animation such creating the illusion of flowing water or hair flying on a windy day happens here. This is the longest stage in the animation process because there is so much to consider. The physical production in live action is essentially filming footage from a variety of angles knowing that not all of it will be used.

Everything must be shot up front in animation and every frame must be used because animation is so expensive to produce. There are no multiple takes so you can choose the best one in the edit.

Despite there being less flexibility during the production stage in animation, the medium is liberated by not having the physical constraints of the real world. You can get out of your car, fold it the size of a credit card and slip it in your back pocket in an animation. Similarly, you can park your space ship in a regular car space when you do your grocery shopping. Try filming that in live action! 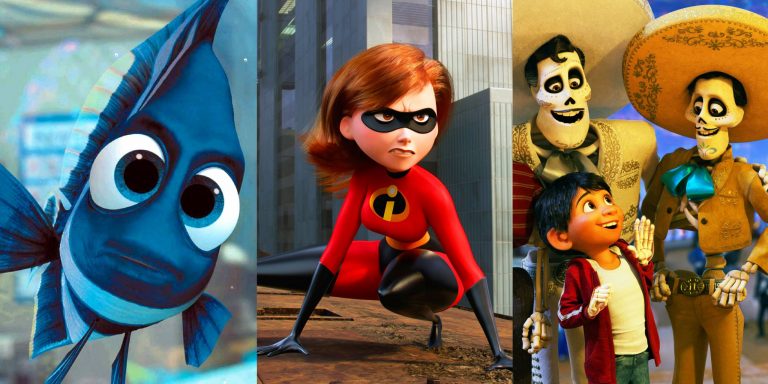 These are the finishing stages in animation which mainly include fixing dialogue glitches, the score and laying down the sound mix. Typically it’s the shortest stage in animation because the production phase is so thoroughly planned and executed. This contrasts with the post-production phase in live action which can often run into months; much longer than the weeks of shooting in the production phase. Live action uses the term “fix it in post” to fix all the technical mistakes that happened on set as a matter of course. Animation doesn’t have that luxury.

Rather than being dictated by story type and theme like genre films, animation is segmented into age groups to market to its audiences. Dreamworks, Universal, Sony and Pixar are exceptions with each studio producing four-quadrant, family movies. The audience segments are mainly children based on their age and developmental stages

This is the pre-school educational content. It contains songs and pictures so kids can learn numbers, animals, colors and other objects.

These are the older, impressionable kids which touch on STEM (science, technology, engineering, and math). There are also references to gender, race and relationships to prepare children for adolescence.

Educational consultants and child psychologists are often employed to help create this content.

This is the most rapidly changing audience when the kids start high school. This material might focus on personal hygiene, puberty, sex, and finances to prepare them for impending adulthood.

At this point, audiences are considered adults and can theoretically handle rampant violence, profanity, alcohol and sex. Sometimes this is the 14 – 24 year old demographic, with the more extreme adult content given an NC-17 rating.