“I wanted to write a story about a CIA agent in a remote artic listening post with connections to the White House monitoring enemy missiles,” began Matthew Riley who co-wrote and directed the action-thriller Interceptor.

Riley is a best-selling author known for high-stakes thrillers including Ice Station, Seven Deadly Wonders and The Tournament. He made the budget-conscious decision early on to contain the action in Interceptor to two key sets – the command center and the tunnels of SBX-1 (the remote location to ‘intercept’ the enemy missiles aimed at fifteen American cities) in order to make his foray into directing.

The script was co-written and co-produced by Stuart Beattie (Pirates Of The Caribbean, Collateral), a perfect accomplice to Riley.

“Matt’s books are so big in scope that they are hard to produce,” Beattie said. Riley has had his books optioned by several major studios, so creating a contained thriller that could be made on a modest budget was a tall order that Beattie filled. “Matt managed to put his big ideas in a small space,” which convinced Netlix to co-finance Interceptor. 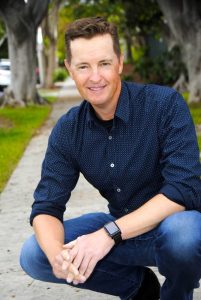 As Riley further researched his movie idea, he came across information on SBX-1 (Sea-Based X-Band Radar), a floating, early warning station of impounding missile attacks, the concept for Interceptor began to take shape. He wanted a heroine as his main character and decided that Captain J.J. Collins (Elsa Pataky) was going to be the last line of defence against assured destruction. He added that it really does take twenty-four minutes for Russian missiles to reach America, to really elevate the danger stakes.

Matt Riley drew upon various creative inspirations to write Interceptor. “It was a marriage of Die Hard and Tom Clancy books,” he added. “I was heavily influenced by Bruce Willis in Die Hard – a lone character in an isolated place trapped with villains while enmeshed in the geopolitical world of Clancy. I loved the hardware of Clancy, especially in films like The Hunt For Red October.”

Every good protagonist requires an equally potent adversary. In this case, it is former U.S. military officer Alexander Kessel (Luke Bracey.) Both Collins and Kessel are polar opposites driven by the competing influences of their fathers. “Collins and Kessel are mirror images of each other. J.J. had a supportive father and Kessel hated his,” stated Riley. It is also a subtle nod to the class struggle. “J.J. is a working man’s daughter pitted against the son of a trust fund billionaire.”

Riley also required the two lead characters to constantly interact throughout the movie rather than simple counter each other’s actions from a distance. “I didn’t want them to meet at the very end for a final showdown.” Kessel was trapped in a separate compartment so most of his communication with Collins was restricted to talking between two doors – together but apart. This dynamic excited Beattie because it reminded him of his main characters in Collateral. “They were nearly always together discussing the great philosophies behind the story,” he continued.

Two diametrically-opposed characters typically represent the darkness and the light of the same person because their similarities might be greater than their differences. Both carry internal wounds that inform their decisions. “J.J. was betrayed by the Pentagon and bumped to SBX-1 after reporting a sexual harassment incident,” said Beattie. This had a stinging effect on her morale because the military was her family. She felt utterly betrayed and forgotten by them.

Matt Riley conducted extensive research into sexual harassment in the military to ensure that his depiction of the events surrounding Collins were not exaggerated. “J.J. went to her room in the film and there was a poster of a bounty hunter on the wall. This absolutely happens,” he exclaimed. The irony of the situation is that many women in the military joined because of their fathers. When women reported an incident of sexual harassment, they are often not believed. He wanted her father to be supportive despite not being ultimately effective.

Getting Into The Story

Team Beattie and Riley decided to start Interceptor on the worst day of Collins’ life when she was assigned a post in the middle of the ocean and things couldn’t seemingly get any worse. Until they did.

Alexander Kassel’s mindset was affected “because the privileged life he grew up in turned him into a despicable person that he hated.”

Beattie and Riley took great care to humanize Kessel’s character rather than simply portray him as an idealistic nihilist. “He’s a sign that America is broken and the only solution is to destroy it.” There needs to be a strong reason to justify such extreme actions. “Kessel decided that America’s promise has failed its citizens,” stated Riley. He also conceded, that in today’s socio-political climate, many people might be inclined to agree with Kessel’s conclusions, if not his actions. He had a higher calling than foiling Collins.

Perhaps destruction is the solution and America should start again?

Alexander Kessel proclaimed to J.J. Collins, “I’m trying to fix the world not trying to destroy you.” He enlisted Beaver Baker (Aaron Glenane) who’s worldview is firmly aligned with America’s extreme right-wing movement to execute his plan. Beaver feels forgotten, neglected, and emasculated to the point of perverting Alexander Kessel’s sense of morality and hope. 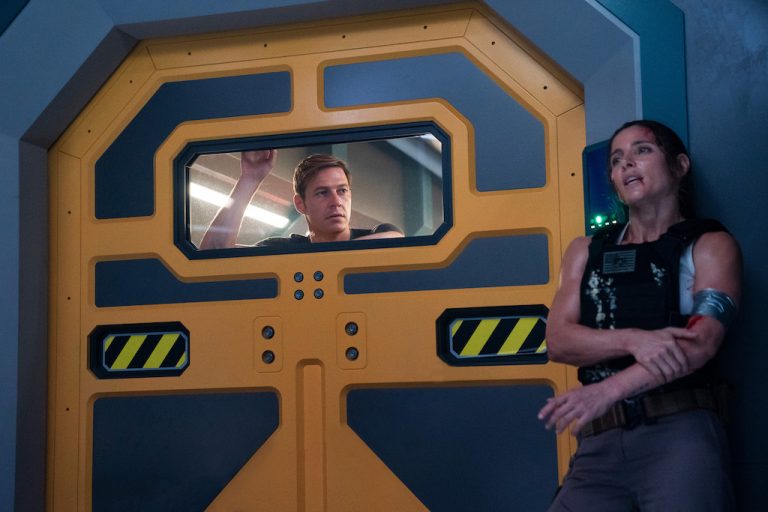 Despite Kessel’s beliefs, he feels tested by Collins. “His notion that America is irredeemably broken is constantly challenged by J.J. and Shah (Mayen Mehta) who prove that there is decency and goodness in the world because they still believe in the country,” mused Beattie. They have to believe that their country can be fixed. Although Kessel doesn’t ultimately change his mind, he does come angry when he considers the counter narrative to his mindset.

J.J. Collins harnessed Kessel’s repeated transgressions to tap into her well of strength. “She learns how strong she really is,” continued Beattie. She remembers her father’s advice and keeps going, no matter what.

But Collins experiences burnout and self-doubt. She asks herself, “Why am I still here? Why do I still wear the uniform? Despite everything that’s happened to her, she still turns up.” Riley considers this to be a major tenet of heroes. “The hero isn’t necessarily the smartest or the strongest. It’s the one who digs deeper for longer,” added Riley.

This dives into the central question of Interceptor, “Can America be saved?” said Beattie. Both physically and metaphorically.

Matt Riley has listed his key plot influences as Die Hard and Tom Clancy. “The pace of Interceptor has the DNA of Michael Crichton,” he added. Riley quoted The Andromeda Strain and The Great Train Robbery as major influencers on the pacing of Interceptor. Preparing the audience to leap from one set piece to the next will hopefully tip the audience off the edge of their seats.

The thematic action closely follows the physical action. “I wanted the action to be non-stop. J.J. jumps out of one frying pan into another frying pan and into another,” said Riley. “She can’t defeat the males by brute strength, so she has to figure out clever ways to defeat them.”

Stuart Beattie also tapped into the “rogue hero, the loose canon that nobody can control tropes. That’s J.J. all the way through.” J.J. feels abandoned and must tackle the escalating crisis on her own. 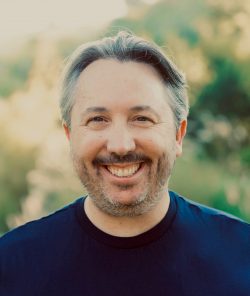 J.J. Collins is reminiscent of Linda Hamilton in the Terminator movies according to Riley. “To me, it was more Ellen Ripley from the Alien movies,” continued Beattie. “She’s the only person who knows the truth and needs to do everything herself because she can’t rely on anyone else.”

When Beattie read the first draft of Interceptor he was reminded of the original script for Flash Gordon. “That film started in the first minute when he earth was in danger of being destroyed and Flash immediately had to come and save it.”

The screenwriting collaboration between Riley and Beattie was unique in that there weren’t any major rewrites in the story. They were on each other’s creative wavelength from the beginning. Beattie rewrote Riley’s first draft. Although the reworking was light in order to preserve Matt’s vision, it did illustrate the differences between writing novels and screenplays to Riley. “In the end, the bulk of J.J.’s lines were mine and the bulk of Alexander’s were Stuart’s,” said Riley.

The biggest change in the screenplay was the climax when J.J. went on the roof of SBX-1 into a nail-biting action sequence as she crashes below. Riley also mentioned that Alexander Kassel’s character was originally British whose father bought his way into the House of Lords. Then he became Belarussian, before finally landing as an ex-military American. “There was also an earlier draft where Kessel was in cahoots with the Russians who let him steal missiles, but it was too controversial to remain in the story.”

Matt Riley replenishes his creative well from traveling, reading non-fiction, science, and watching documentaries. Similarly, Beattie “goes out and and lives life for creative inspiration. I go out and seek experiences.“