We all remember the beloved sitcom called The Fresh Prince of Bel-Air starring Will Smith that ran for six seasons from 1990 – 1996. It has enjoyed several specials and reunion specials. In 2019, something special happened. A young commercial cinematographer by the name of Morgan Cooper produced a four-minute short titled Bel-Air which paid homage to Fresh Prince.

The premise was the same – a young man from West Philadelphia who was sent to Bel Air to start a new life after getting into legal strife. The tone was markedly darker and more dramatic. The video went viral and caught the eye of producers (including Will Smith) and the series was given a new life. Morgan Cooper who was born a year after the original pilot aired, spoke with Creative Screenwriting Magazine.

“Fresh Prince was always a topic of conversation and captured Black culture perfectly,” said Cooper. “The show was lightning in a bottle and so hip-hop.” 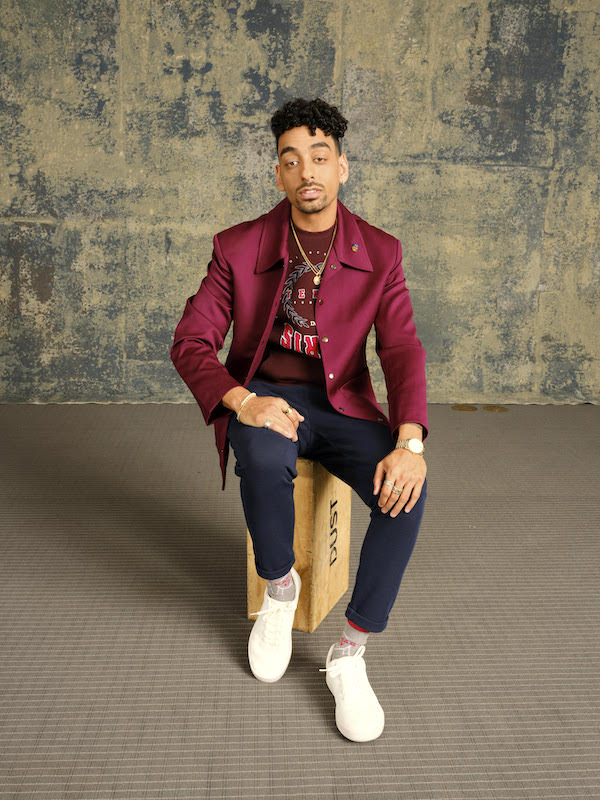 Morgan Cooper didn’t make a deliberate decision to subvert the genre of Bel-Air from a thirty-minute comedy to hour-long drama. “I’d like to think the genre chose me rather than the other way around. The idea hit me just like any other idea.” This was a far cry from how some media portrayed him as a superfan who knew all things Fresh Prince. “The tone of it, the visualization, the expression, hit me all at once. It’s all about chasing the feeling. It was a compelling reinterpretation and reimagining of the sitcom we all know and love.”

Cooper didn’t tinker with the spirit of the characters because the show could never be rebooted. This gave creative license to the characters to add their own take to the established characters. Will Smith lent his considerable talents to help Morgan flesh out his idea during the filming of King Richard.

Morgan confessed that was not initially enamored with the character of Geoffrey (Jimmy Akingbola). “I felt the idea of a black family having a black butler was very dated an inappropriate for this day and age,” he said. Smith however, challenged Cooper’s objections because Geoffrey was a fan favorite.

Rather than insisting the original character remain, Will Smith urged Morgan Cooper to create his own take on Geoffrey. Cooper watched the British television series called Top Boy about two black drug dealers in an East London estate, and two weeks later, devised a new Geoffrey. “Top Boy gave me a glimpse into the life of black people in the UK. All of a sudden, this really compelling origin story for Geoffrey hit me.”

Morgan Cooper never imagined his short would make such an impact. “I envisaged it as both a standalone short film which could be either be developed into a feature about Will Smith’s origin story or a one-hour drama.” Instead, it was used as a proof of concept/trailer and a blueprint for a ten-part television series. “The short had a three-act structure which illustrated Will getting into trouble in Philadelphia and his mother sending him to stay with his uncle in Bel Air to reform.” The short is effectively the pilot episode of the series.

Once Will arrived in Bel Air, he had to adjust to a new life and the friction with his cousin. Bel-Air retained the fish out of water story of the original.

Bel-Air is such an important show to Cooper because it examines the notion of second chances in life. “In America, many black men don’t get a first chance, let alone a second chance. It’s so hard to find your way in this country which wasn’t built for you to succeed based on the color of your skin.”

Morgan also added that too much adolescence is taken away from black youth in America. “They’re not allowed to be kids and treated as adults psychologically.” Phillip understands that Will faces an uphill slope and treats him with a velvet hammer – soft and stern. He realizes that Will needs that structure to stay on the straight and narrow.

Will Smith (now played by Jabari Banks) was essentially a good kid until one bad decision changed his life and set him back forever. “Moving to Bel Air gave him a new lease on life and the chance to reach his full potential. You can learn from that mistake and come back stronger and fulfill your destiny.” This theme is evident in several characters in the show. Carlton Banks (Olly Sholotan), Will’s cousin, similarly worked hard to redeem himself.

Bel-Air also explores the role of family in facilitating these second chances. Phillip Banks (Adrian Holmes) and Vivian Banks (Cassandra Banks), Will’s uncle and aunt, work hard to keep Will from falling off the rails. “Will grew up without his father and missed out on the father-son advice of learning what it takes to be a man and taking responsibility for his actions.” At first, Will rebelled agains the discipline, but gradually the two showed genuine love and affection toward each other. “Such a relationship between two black men is rarely seen on television.”

“Phil allowed Will to see the big picture, beyond the fourteen square miles of West Philly. It’s important to see the world beyond our community.” He meted out tough love to Will. He declared, “I care whether you live or die.” Phil doesn’t treat Will like a five year old, but he is aware that he’s a teenager still a few years away from adulthood.

Viv relates to Will on a more immediate level because she understands the difficulty in building a new life so far away from everything Will knows. She counselled him, “I know it’s hard to stay true to yourself in this new world where everyone’s expecting something different of you.” Viv wanted to show Will how to spread his wings and broaden his life experience while still staying true to himself. “She’s the conduit and advocate as Will makes the emotional transition of not losing who he is.” Their guidance is essential especially when Will tries to escape back to Philadelphia. “It’s the first time Will has been spoken to like that.”

Jazz (Jordan L. Jones), the taxi driver, echoes a similar sentiment, “This town will try to make you forget who you are or where you come from. Don’t let it do that.” This is the essence of the story.

How do fight the urge to dismiss your past in order to find favor in a new place?

Bel-Air knows how to navigate shifting tone. “It’s such a delicate balance. If you go too far in one direction and don’t understand how to feather in the levity, the material feels confused. It’s harsh and gritty, but also funny,” added Cooper. Consequently, the pilot episode had many rewrites to get the tone and pacing right. One version of the pilot took place entirely in Philadelphia, but it made it too sluggish and slow-burning.

The story was still told through Will’s lens. Although Morgan focused on “propulsion,” he also took his time building out the characters. “I wanted the audience to surf with Will during the pilot episode and appreciate his stakes.”

Despite some nipping and tucking, the show didn’t undergo any major reconstructive surgery during development. “The idea was so pure when it came to me and the short really galvanised the vision and cut through the noise of what the show was about.” The short bypassed the alternative visions of only seeing the show on the page.

Morgan Cooper is most proud of his dialogue in Bel-Air. “I love to create interesting cadence when it comes to language.“