“Entering the Upside Down” The Duffer Brothers Discuss the New Season of ‘Stranger Things’ (Part 2):

Were there any particular challenges writing characters that transition from children to teens/young adults?

Matt: It’s challenging, but it’s fun. There’s a part of us that wants to have had them frozen in time, like if this was an animated project. We could keep them this age because they’re so adorable in Season 1. I like that it forces us to write differently, and it forces the characters into new situations. Like this year for instance, they’re in high school. That immediately changes everything. We talk about our experiences in high school. We talk with our writers about their experiences in high school. It’s often a difficult time for people, at least it was for us. It wasn’t my favorite four years. So, you’re dealing with that, you’re dealing with darker themes. We’re also informed by the actors. They’re also aging. We keep in touch with them and get a sense of the people they’re becoming. You want to infuse a little of that into the characters. It’s fun because it keeps you on your toes. You can’t rely on the same formula over and over again. You can’t write the same dialogue. It forces the show to evolve. That’s what keeps us so engaged with the process.

When did you first know you wanted to be writers?

Ross: The first thing we wanted to do was direct and that’s what we always saw ourselves doing. When we started making movies when we were younger, we weren’t even writing them out. We just had the ideas, and we’d improvise the scenes. Then we realized in high school that it might be better to start writing things down. The movies did improve with scripts. So much of our focus was on the visual language of storytelling, though. It wasn’t until college that we decided if we wanted to do this, we’d have to write our way in. And that’s when we started to focus on the craft of screenwriting. It took us a long time to figure out how to communicate our ideas on page.

Matt: You have to write a lot of bad scripts…! So, we wrote some bad scripts and learned. The best way to learn is to try. That’s what I always tell people who want to write. Just start writing. You’re not going to start off writing The Godfather, it’s not going to jump out of you right away.

Matt: Oh, no. We wrote a pretty good script in college. The first fifteen pages were really good. That was the key. That got us representation. Then we sold a script called Hidden to Warner Bros. I still remember going into Bank of America with this check I got for writing, and it felt so cool. That movie didn’t get a release. That movie went from the biggest high in our life to a low point. We had money saved up from that. Then we started to work on our own projects again. We were running low on money. Then M. Night Shyamalan called our agents and was interested in us working on this show called Wayward Pines for Fox. This was weirdly right around the time we had the idea for Stranger Things, and we had no television experience. We loved Shyamalan. I thought this was meant to be. This is Shyamalan, one of our heroes, and it’s television. It’s going to get us the experience that we need. So, we worked on that show for a while and helped throughout that production. We stayed at Night’s house and worked with him on that. That was really a blast. Learned a lot from him. Then we took time off and wrote Stranger Things. It sold just as my bank account was getting iffy. 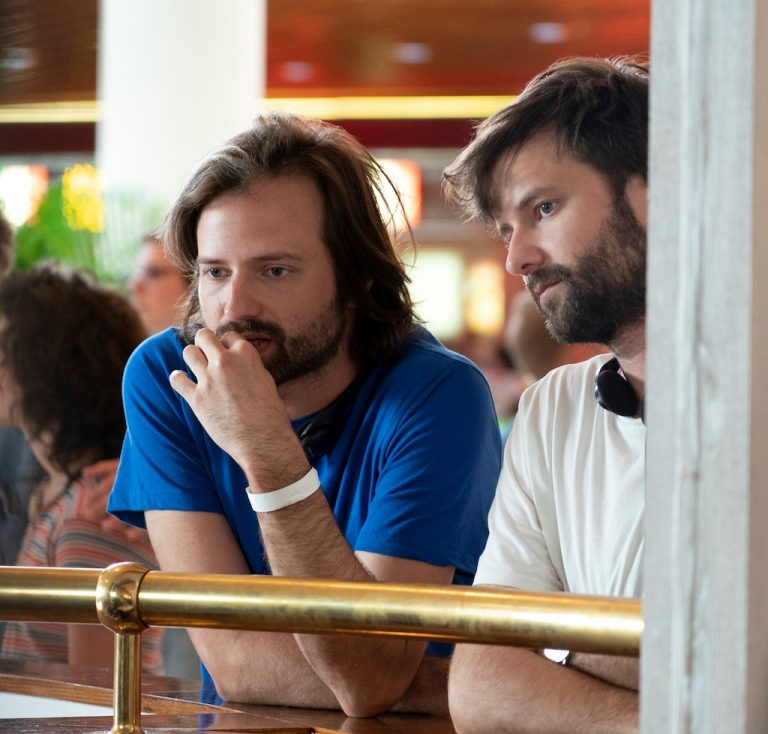 Who would you say are your writing influences?

Matt: In terms of story and narrative, Stephen King would be the biggest influence… in how we approached horror and character. In terms of screenwriting, that would be David Koepp. We learned that from his scripts. Specifically, it was Panic Room that we read a lot. I remember in the early 2000s, it was a huge spec sale. We must have read it 100 times, just to learn how to write. We’ve now developed our own style but for a while, we were just writing like Dave Koepp wrote. I also read all of Shyamalan’s scripts. Both Shyamalan and David Koepp are cinematic but also very spare. Simple. They read really fast. We also studied the hell out of the Toy Story script because it’s super tight. It’s a kid’s film but it’s brilliant. Toy Story and Back to the Future. As far as structure, you don’t get better than those two films.

Can you discuss anything else you’re working on?

Ross: Right now we’re fully entrenched in Stranger Things world. We are starting to produce some things. One of the projects we’re producing that we’re most excited about is an adaptation of The Talisman, a great Stephen King & Peter Straub book from the 80s. One of the last from that time period of King’s writing that hasn’t been adapted yet.

Matt: It’s got to be the only one of his books from that time period that hasn’t been produced. And that’s only because Spielberg bought the rights before the book had come out. He’s held onto the rights for thirty-plus years.

Ross: He just wants to do it right. TV has changed so much. Now you’re able to do the spectacle that that book deserves.