“Get to the Same Place in a Less Expectant Way” Joby Harold on ‘Obi-Wan Kenobi’:

“The Magnificent Seven. The Great Escape. Star Wars. Jaws. Everything that came out of that late 70s period, as a little kid in England, I loved that and started making little movies. I decided I was going to go for it,” said screenwriter Joby Harold.

“I started writing in order to direct. I wanted to write a script so good that if they wanted it, I would have to direct it,” said the screenwriter. “It was [originally] just a path to directing.” This path led him to being the writer/director on a film called Awake, which starred Jessica Alba, Hayden Christensen, and Terrence Howard. “That wasn’t the easiest experience. I came out of that suddenly getting traction as a writer.”

In addition to Awake, Harold’s writing credits include King Arthur: Legend of the Sword, Army of the Dead, and he’s got credits on upcoming films The Flash and Transformers: Rise of the Beasts. “Suddenly, I started becoming a studio writer. It just sort of happened.”

“Producing was a natural part of it,” he said, where his production credits include Edge of Tomorrow, Underground, and John Wick 3, among others. “I get the different pieces of the puzzle and division of labor. It happened organically out of that.”

“There’s a difference between all of the stuff I’ve written and the things that have gotten made,” joked Harold. “You have to look at the posters in our office and say, ‘Hold on a second.’ Sometimes you don’t get credit and that can be frustrating, but you know which movies represent authorship of yours the most.”

He continued, “It’s undeniable that if you look at Obi-Wan, Edge of Tomorrow, Transformers, John Wick, The Flash… and it’s like I’m writing in a lane that I can’t deny. But the first thing we produced was a 3-page outline to a story about Mommy and Me, which is a parenting group.” 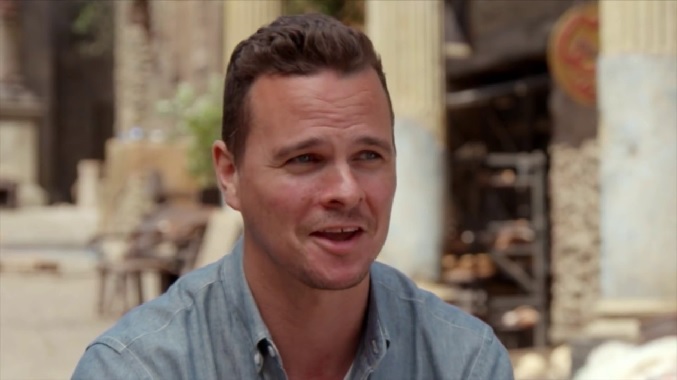 This story, which is unlike most of the things Harold is known for, is a story about mothers and their children based on the program Mommy and Me. The “generational parenting movie” had Tina Fey and Meryl Streep attached, with Stanley Tucci set to direct. “

It snowballed and there was a bidding war, but a multi-generational parenting movie was not [what I’m known for]. It’s funny how you end up in a lane,” he joked.

Like The Mandalorian and everything that came before Obi-Wan Kenobi , the new series continues with the Samurai and Western origins. “They have their lane, and we wanted to have our own, but you are cognizant of the fact that you are in a tradition that you have to honor.”

“Tatooine is a part of the storytelling, so the mythology around which this was built is consistent with the mythology of our show. We looked at Samurai stuff and I looked at two westerns specifically, one was Shane and the other was Unforgiven. The paradigms are compelling. Obi-Wan is older, but is the fight behind him?”

Harold said it’s compelling to put those Western elements into a science fiction paradigm, which has been the key to many of the Star Wars success stories. Westerns are American tales, in nature, but the same ideas are present in Samurai films and all the way back to The Hero’s Journey.

As for Obi-Wan Kenobi the character, he’s now older and he’s somewhat following a path of other well-known cinema characters, be it Logan or James Bond, as they’ve moved from hero to mentor. Like Mando and Baby Yoda, the description reads, “Jedi Master Obi-Wan Kenobi watches over young Luke Skywalker.”

When asked about this “Daddening” trend, Harold laughed at the idea, but said, “Daddening as meaning the archetype of the father figure is an interesting idea. I wonder if, in the hero’s journey, where we were once the farm boy and are now the farmer, we have gotten a generation older, so I wonder if that will change.”

“When I was younger, I wrote younger protagonists. It’s not sexy to write a dad running around because he’s got an appendage, but now, the contract to the audience is that you do care because of the appendage. So I don’t think I want to see Indiana Jones or Han Solo with an appendage, so you don’t want them encumbered, but now I’m a dad so I do relate to that journey. I don’t look at it as a device to create empathy. To me, I’m writing to that reality because I emotionally relate to it.” 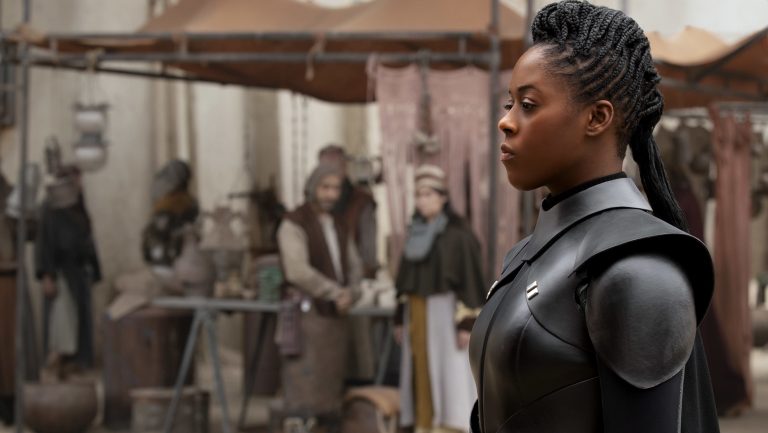 Looking back the hero’s journey, Harold said there’s perhaps more room to play in a series than a film. “The hero’s journey, when I first started writing, was not a trick, but more resonate because it was a paradigm you could snap a story to and you could say you can’t fight tradition, audiences love it.”

“I think a lot of people went to the well on that and audiences are so sophisticated now and storytelling has been pushed… that we’re so far ahead of the beats and rhythms that if you’re not finding ways to be progressive, in and around it, then it’s kind of boring. I think we sort of fucked it up,” he joked.

“It was around for hundreds of years and working brilliantly,” he said of Joseph Campbell’s method, “but Hollywood saturated it. It’s not comfort food. It started to become predictable, which is a real shame. It was brilliant when George Lucas did it, but if a book comes around my desk and I know it will fit the hero’s journey, so what?”

“What becomes interesting with TV, when you have more room for character and more room to breathe, [you can ask] what are the things in the hero’s journey that do resonate and are universal and how can you apply that to different paradigms that give you room for reversals and to be subversive within the context of an arc. Get to the same place but in a less expected way.”

The writers behind Obi-Wan Kenobi were able to change up the rhythms within a six-part limited series. “Each [episode] is being absorbed in a different way. You can’t really apply the hero’s journey to it, but you can look at it as a whole and still say emotionally that the dark night of the soul is there. It’s a hybrid version that still resonates. As a storyteller, it’s easy to be lazy [but] the audience wants you to tell a story in a new way. It’s subjectivity.”

On writing within this barrier, he adds, “It’s less than minimizing fear, but maximizing opportunity. Those things are somewhat antithetical, so hopefully a good studio writer makes both sides feel protected, which is a hard thing to do.”

“The difference between getting a movie greenlit at a studio and giving a filmmaker what they want so they can satisfy their creative interests. I would say I’ve evolved in the last twenty years of which side of that puzzle I find most interesting and where I’m most useful, but ideally, really good studio writers can do both.”

As for writerly advice, Harold agrees with the idea that you’re not good until your seventh script. “You have to get all of those stories that you think you should be telling out of the way. Then it’s just breathing. It’s just writing. You’re telling the best version of the scene and you get better through practice. Don’t get caught up in your first idea. Let your first idea be your first idea. There’s reverence for your first words because you put them out, but keep going until something becomes good because it’s organic.”

Harold concluded, “Then, it’s supposed to be fun. I’m watching the movie in my head. I imagine I’m there and I see the teaser. What is making me lean forward? Why am I excited in the theater? If I can capture that, it will give me a North Star in storytelling. You can say a lot of things about me if you read one of my scripts, but you can’t say it’s not a movie. Hold on to that part of it. Watch proper films. Way smarter people than you discovered things, so go appreciate what they constructed.”