How Important Is A Character’s Goal?

As it turns out, very much so. It’s the first question screenwriters should consider when they build a character. A goal defines what the character is trying to achieve in their story. It could be to win a race, get that promotion, win back an ex-spouse, build a house, or lose weight. It is the “what” of the story. From here, the writer can figure out the “why” and the “how” they’re going to get there.

A character usually states their goal in the opening scenes of a film after their natural world is disrupted. For example, if their spouse gives birth, they may conceivably decide to become an obstetrician.

Conversely, if a character severely injured themselves in a car accident and vowed never to drive again, they are reacting to the situation in a negative way. Goals are not always set in stone.

It may be that a character changes their goal halfway through the story after realizing that what they originally wanted isn’t what they really wanted after all. Or they wanted something for the wrong reasons. This is all part of a character’s journey which stems from choosing the right goal.

For instance, having an initial goal to get a promotion to win impress an ex-partner to win them back may change during the story. Perhaps they decided they wanted a promotion to better fit their skills and interest and the ex isn’t worth fighting for? Alternatively, they may ultimately reject both options because the promotion was what the ex wanted rather than what they wanted. Their final goal may change to move on and start a new life in a new place. 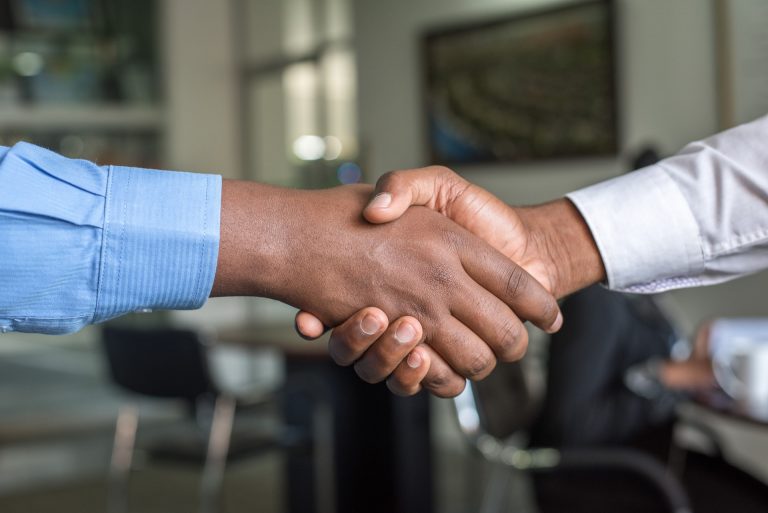 Characters should really change their main goal once during a story. Otherwise, it becomes muddled and unfocussed. This isn’t to say that a character can’t change their strategy in achieving their goal.

Not having any goal is even more problematic. Screenwriters should avoid writing reactive characters that simply respond to life events. These are often seen in “slice of life” dramas. The slacker without a goal doesn’t make for a compelling character. A slacker making a conscious decision to take charge of their life does.

Choosing the right goal must always motivate a character’s thoughts, behaviors, beliefs, choices and actions. If a character’s goal is to get a dog and they get a dog without any personal growth, the story falls flat. The goal is inconsequential. A goal must therefore be carefully considered rather than decided on impulse. A character may not fully realize the justification of their goal until later in the story. It may stem from a childhood trauma or other emotional wound.

A goal must be as vital to the audience as it is to the main character. Like the theme of a story, the goal must have a universality to it, such as avenging the death of a child, or quitting a job to start their own business to avoid further exploitation by the boss. That is the nexus of connection between your story and your audience. A character is only the expression of that connection.

A character’s goal should be linked to the thematic spine of your story and intersect with it throughout the course of the story. If a character wants to raise money to pay their medical bills while the theme is to create a more just world, the goal becomes untethered from the theme and you write an unfocussed story – possibly even two stories.

A goal must be personal, achievable and specific. Wishing your partner was more communicative or ambitious is specific, but not personal or reasonably achievable. A character’s goals must pertain to themselves, not others.

A goal must be realistic. Wanting to build a colony on the moon is hardly achievable in most real life circumstances. Realism creates empathy. If a goal is too outlandish or unrealistic, you run the risk of alienating your audience.

A goal must be tangible. Wanting to write a novel “one day” or finding your soulmate are vague entries on a characters wish list. They are dreams which may never be acted on. A tangible goal requires a strategy – a plan of attack. There should also be a time lock on goals to escalate tension. A ticking clock creates a sense of urgency to the story. A character should realize the consequences of delaying their actions. 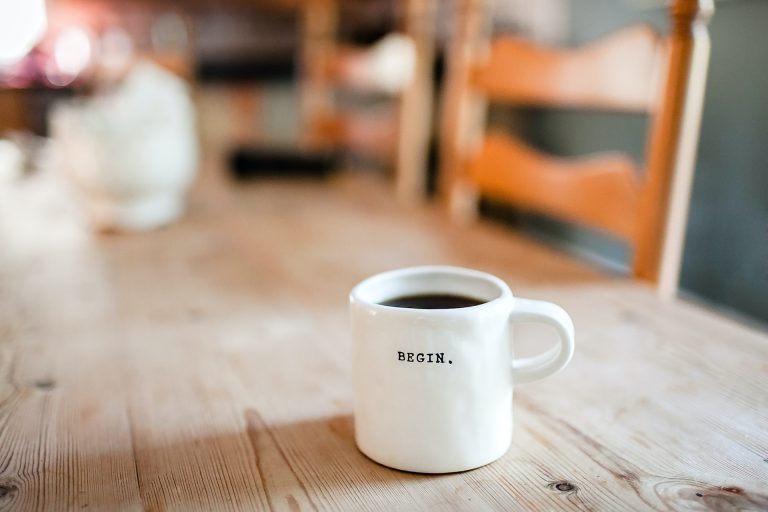 A tangible goal needs to be measurable. A character may need $100k to fund their startup. Measuring a goal allows both character and audience to assess where the goal is in the story timeline and the likelihood of it being achieved. It also engages the audience. A basketball team needing to win a particular game in order to proceed to the finals has more dramatic impact than the team simply wanting to win any game. Measurability also informs the endpoint of whether the goal was achieved or not.

A goal should have a worthy antagonist blocking the main character. A worthy antagonist either has the same goal as the protagonist, such as both wanting the same partner or job, or they have opposing world views. The latter allows you to write richer opposing characters. As an example, an activist wanting to blow up a government building because they feel they have betrayed the people and an opponent wanting to foil them in order to maintain the rule of law creates better oppositional character dynamics because both have a point.

The power dynamics of these characters should also be shifting in reference to the goal. If a goal is achieved or stymied too soon, you’ll run out of story too early

Choosing the right goal comes from a character’s internal desires. What do they hope to gain (or lose) if they achieve their goal? Desire feeds back into a character’s sense of deficit – how a specified goal fills a gap in their lives. On a deeper level, what emotional wound will it address? How will it make them heal? How will they become more complete?

One way to assess desire is by determining how much characters really want something. Writers must know if a goal is a “nice to have” or a “must have.” Even the latter may not be enough. A character must “die” if they don’t achieve their stated goal. Let’s not get too dramatic here. Stakes don’t always need to be a literal death. They can be a spiritual, situational, material or emotional death. But it must be a death of some description – not a setback or an inconvenience.

Writers can gauge the strength of a character’s desire by four measures:

How much time, sweat, and tears will the character invest in pursuit of the said goal? Effort is often measured in terms of persistence. How many times will the main character get beaten down and get back on their feet to fight another day? The effort is proportional to the fortitude and frequency of their obstacles. Make sure they are formidable. An Uber running ten minutes late if you’re heading to a party isn’t an obstacle. If it’s taking you to your wedding, it’s a complication. If it crashes and you’re seriously hurt and taken to a hospital, it’s an obstacle.

Risk is a calculated approach to probability. Planning the perfect prison breakout to break out your wrongfully-accused father before he dies requires a high degree of planning. Things could go wrong at every step. Even if you succeed, your father will be a fugitive and must live out the rest of his days on the run. The bigger questions are how much the character loves their father and their sense of justice. 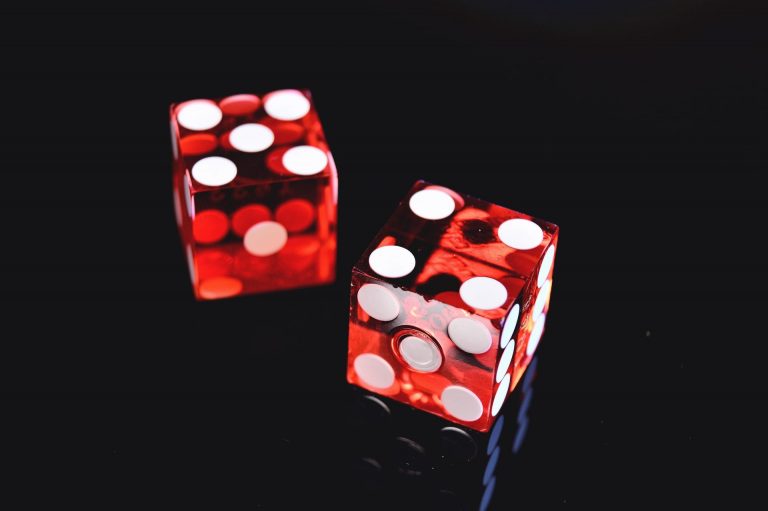 Sacrifice is centered around significant loss. A main character must suffer real loss in pursuit of their goal. It could be material, emotional, physical, professional, or situational. Despite the pain, the main character should perceive the sacrifice as necessary in achieving their goal. Some call it character-building.

Consequence ties the goal back to the other factors. What’s the worst thing that can happen if the character doesn’t succeed in achieving their goal? Make sure the stakes are high – preferably life or death.

Desire is also directed by the main character’s internal moral compass. How do they rationalize their goal, especially if it involves illegal or unethical actions? Loftier goals that benefit an entire community, such as stopping the closure of a local hospital, often track better with audiences than selfish goals. Sometimes, a noble goal may be driven by selfish motivations. Using our local hospital example, the main character may be driven by ego to have a better standing in his community or to service a hero complex.

A strong desire is also attached to a character’s identity. This is a deeper layer of character growth. It’s a intense exploration of who a character is, what they stand for and who they want to be. As you can see, a goal is the North Star of your screenplay so spend the time making it worthwhile.