This entry is part 2 of 3 in the series Quentin Tarantino:

Mark Mori continued, “Tarantino is looking for justice in an unjust world in his work. These films can provide a kind of cathartic emotional satisfaction for the audience, a kind of settling of scores, so to speak. The revenge theme is consistent with Tarantino as what I’d call a ‘blue collar filmmaker.’ He was raised in Torrance, CA, a suburb of LA, and worked in a video store for five years. He carried that ethos over into his filmmaking in terms of his point of view, his subject matter, references to popular culture, his use of genre (and subverting it) and even in his use of violence. After all, he has none of the liberal elites’ misgivings about portrayals of violence.”

Just as famous as themes and homages are the collaborations. His gifted partners are well-established with popular titles. Besides Tony Scott’s True Romance, Robert Rodriguez’s From Dusk Till Dawn, Oliver Stone’s Natural Born Killers (although infamously ended up with a story credit) and “The Man From Hollywood” segment of Four Rooms with directors Rodriguez, Alexandre Rockwell and Allison Anders), as well as a scene in Sin City. 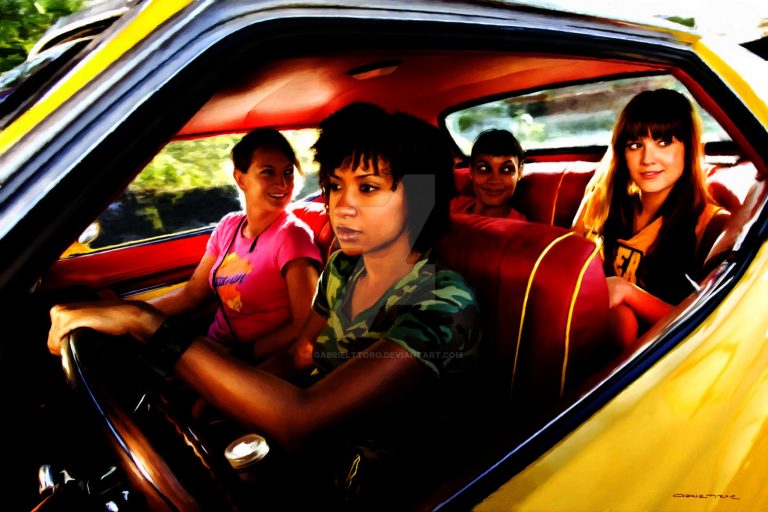 Revising WWII in Inglourious Basterds came with both appreciation and disapproval and Django, arguably the most controversial, was harshly criticized for its depiction of slavery while many praised its accuracy. Winning a second Oscar for Best Original Screenplay after Pulp Fiction, this infuriated more people — especially Spike Lee, who called it “disrespectful to my ancestors.” The work of every great director is loved, hated, and everything in between.

“I believe everything he does is for effect, and I think he uses human violence for effect as well,” stated Bobby Roth, writer/director/producer of shows like Lost, Miami Vice, Fringe, Without a Trace and Hawaii 5-0. “His best movie for me might be Pulp Fiction because despite its excesses, I love Sam Jackson. Most of the TV I’ve directed is just striving to entertain a là Tarantino without the money. You have to make people believe what you’re doing is possible in an entertaining way with wise-cracking dialog. Prison Break was probably most like a Tarantino show because we didn’t want people to think at all, so we had to keep it moving. When it was at its best you were surprised by its audacity. Directing Grey’s Anatomy gave me a greater appreciation of staging. There was never much hard action in Grey’s, but there were countless scenes of anywhere from six to ten characters moving in and out of the scene, and I found I drew on my movement not simply of the camera but of the actors themselves moving in and out of frame. Marvel’s Agents of Shield was a TV show filled with visual effects and there was a great supervisor named Mark Kolpack who taught me a great deal about how to design a scene that was filled with effects. I had to learn to direct what wasn’t there. When I was in my twenties Irvin Kershner was my mentor and he invited me to watch him direct scenes in The Empire Strikes Back. It is why I teach my students to direct what’s in their mind.” On Once Upon A Time In Hollywood, “I think the shooting was a waste; I feel I did more with El Coyote in a couple of hours on a Dogma 88 style film than he did with ten times the time and fifty times the money.”

“One and done with Death Proof,” stated Michael A. Simpson of Cairo Simpson Entertainment and Informant Media, producer of Crazy Heart, Kidnapping Mr. Heineken with Anthony Hopkins and Candy Jar. “Never went back to it. I appreciate the appeal of the grinder aesthetic, but it felt like Tarantino was slumming and a bit too self-aware. His foot fetish was again on full display though, as it is in most of his movies, and of course Rosario Dawson is amazing. Saying ‘Rosario Dawson’ and ‘amazing’ in the same sentence is just me repeating myself. Tarantino’s films for the most part reside in their own universe — actually two of them, one inside the other. His references to characters and brands transcend space and time. His three-legged stool is violence — what Alex in A Clockwork Orange calls ‘a bit of the old ultra-violence’ — mixed with generous dollops of character humor and a basket weave of nonlinear plots.”

Paramount screenwriter/essayist Thuc Nguyen (The Daily Beast, Esquire, The Hollywood Reporter, The Los Angeles Times), and Creator of Considerate Content, offers a different  opinion.
“Death Proof is great because the women take revenge. I also like that the women from various backgrounds work together and help each other. The idea of an American muscle car being a killing machine/a symbol of ‘power’ at the same time as being a symbol of freedom. I didn’t like how in Django Unchained Kerry Washington’s character didn’t get to kill anyone and exact revenge for herself. I don’t like that Django and others did it all for her. That really limited her agency. The Hateful Eight took FOREVER to get to any meaty action. It felt way too drawn out. I don’t mind westerns, but this one is just too long in length.” 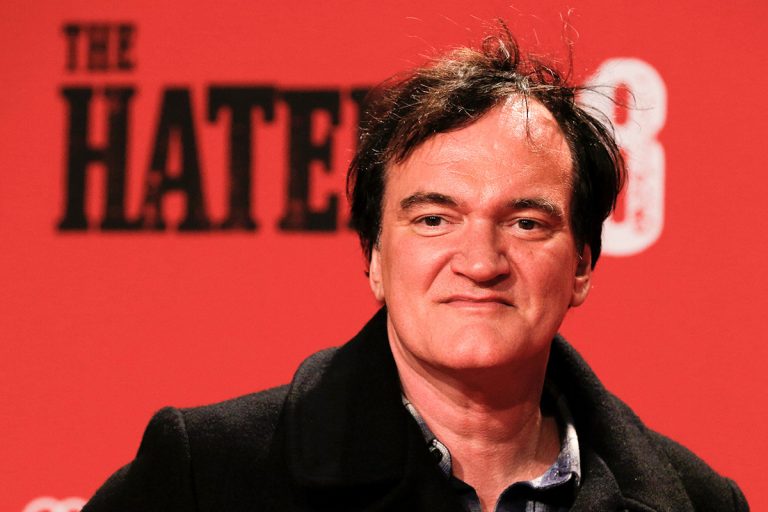 “Django is my favorite,” said Jody Neely commercial producer/director (Eagle, Heineken, Mercedes, Revlon, cameraman on Hannah Montana music videos with Evn Bernard for the Beastie Boys.) “I grew up in the south and I saw lots of segregation and hatred brought on by that and the ideologies following. I appreciate a great story and Django, Inglourious Bastards and Pulp Fiction really envelop the diversionist watching into another world. What Robert Richardson achieves with his unique lighting and visionary cinematographic mentality is virtually unmatched. My least favorite is My Best Friend’s Birthday. Obviously. It was a freshmen effort, but he made up for that later with Grindhouse and Death Proof. The dialogue was concise and hit marks in the storytelling.”

“After 2019’s Once Upon a Time in Hollywood, I now wonder if that is his best work,” said Anthony Francis, Podcast Host at Widescreen: A Film Discussion Podcast and Critic/Contributor for Screen Comment. “That film had a soul and moved me. This time, his wild revisionist history made a statement and put the ugly memories of the Tate/LaBianca murders back on the monsters who committed them. He turned in his most moving finale yet, borrowing Maurice Jarre’s theme from The Life and Times of Judge Roy Bean. That said, I find Django Unchained to be his least perfect. I like it very much, but I found a few moments sloppy and tonally uneven. Do not misunderstand me, it is an extremely good film with one hell of a cast doing great work. Finding your own unique voice in films is tough. We live in an age of brand recognition where the major studios aren’t interested in the unique anymore.”

“Something didn’t really land for me in Django or Once Upon A Time In Hollywood,” Potter added. “I can’t put my finger on exactly what it was. I liked them, but something about them didn’t connect for me. There are moments that I loved. There are great set-pieces. There’s great dialogue. Great character moments. But as a whole, those two in particular just didn’t leave me with the kind ‘wow’ that so much of his other work does. I also loved his section of Four Rooms to anyone who hasn’t seen it. It’s got everything you love about Tarantino in what is basically a standalone short film. So, if I had to pick a favorite, it’s Pulp Fiction, not just for the movie but because that movie reminds me of the feeling of fun and excitement around putting that movie out.” 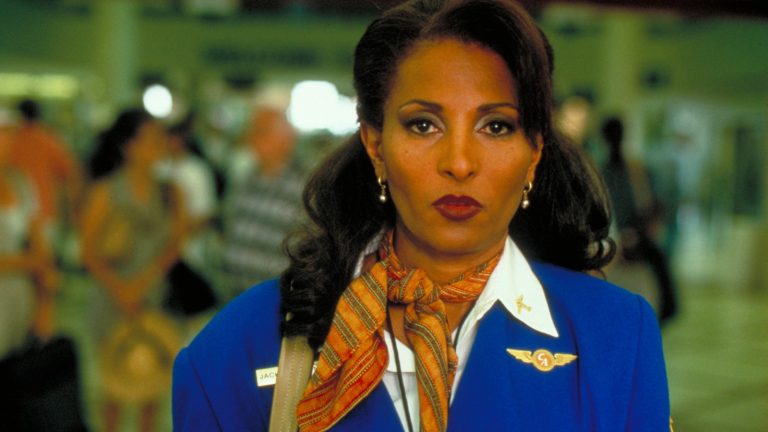 “Based on the novel Rum Punch by Elmore Leonard, Tarantino made a brilliant choice of changing the lead character’s race from white to a black woman, portrayed by Pam Grier. It enhances the story on a multitude of levels. Especially in the relationship between Jackie Brown and Max Cherry (Robert Forester) who find compassion in each other that leaps across racial and cultural divides. And one of those connectors is music, particularly the Delfonic’s song “Didn’t I (Blow Your Mind This Time).” Though Jackie totally played Max, and Max didn’t really care about that in the end, the music connection between the two characters takes the audience on a magical journey of tender sadness. I also think Tarantino’s choice of using the song “Across 110th Street,” by Bobby Womack & Peace in the opening credits, throws the audience right into the genre that Tarantino revived for a contemporary audience with Jackie Brown. His decision to make the main character a woman struck a chord with audiences in 1997, as the book was more of an ensemble cast, and his choice of Pam Grier, who delivered an electric performance, drew a lot of people to the film that otherwise may not have watched Tarantino’s films.”

“I grew up on the television series Kung Fu, learning martial arts and watching Bruce Lee movies,” said Steven Bratter, executive producer of Demolition Man and Visiting Lecturer in Film Studies at Copenhagen University. “So, my personal favorite is Kill Bill: Volume 1 and Kill Bill: Volume 2. Quentin considers them one movie, which means he’s only made nine films. He took all the elements of a genre, in this case the Hong Kong style martial arts genre, and elevated it into his own genre—a genre that only exists inside of the Tarantino universe. It’s a violent, non-linear universe, where anything can happen. It’s populated with unforgettable characters, speaking brilliant dialogue that keeps you hooked. And a great soundtrack!”

“My favorite is Jackie Brown,” said screenwriter Don Roff, author of Snowblind, Clare at Sixteen, Usher House Rising, and a Contributing Writer to bestselling screenwriting book Save the Cat. “The reason why is it’s finally the culmination of his earlier endeavors, Reservoir Dogs and Pulp Fiction, but using the source material of Elmore Leonard’s novel, Rum Punch. Though Tarantino makes some narrative and stylistic changes, his dialogue and character mechanics fuse organically with Leonard’s work, in part as the author was an obvious influence on the auteur. My favorite thing about Tarantino is his obvious love of cinema and telling his stories like a giddy film student who just got the keys to the media room. My least favorite thing about him is some of the fandom that surrounds him.”