This entry is part 3 of 3 in the series Quentin Tarantino:

“Pulp Fiction is the seminal movie of the 90s,” said Rich Freeman, literary agent at Code Entertainment, which financed and produced The Ice Road (Netflix) with Liam Neeson and Laurence Fishburne. Quentin Tarantino broke new ground in terms of what is possible in storytelling and for me, it’s the best one of the best written scripts I’ve ever read. He changed filmmaking and the culture with this movie. The Hateful Eight is my least favorite in that it’s opposite everything I just said about Pulp Fiction, in my opinion. It’s certainly a well-crafted movie, but what makes Tarantino so special is that when you see one of his pictures, you get the sense that only he could have written and directed it. I did not feel that way about this film. I love his unapologetic approach to his films. Of course, the dialogue he writes is second to none and most always take something away whether positive or negative. Not many can do that. I probably least like the over-the-top gratuitous violence in his films. I don’t think it’s necessary to a certain point.”

“The start of QT for me, and where I recognized his talent, which inspired me, was his first film,” said Robb. “Not that he directed. But that he wrote. True Romance. The story, writing, talent performances and directing by the late, great Tony Scott – is literally perfect. No joke. It’s literally a perfect movie. I’ve previously written that Kill Bill may be one of the best cinematic achievements of all time. The blending of West and East, the ‘satirical’ over-the-top action, and ‘comic book’ wit of the characters, all wrapped up in Tarantino’s directing? It’s just film magic… Once Upon A Time In Hollywood, however? I got it. Or I think I did. Not my favorite, but I’ve watched it four or five times now. Unlike other QT films, which I’ve collectively watched at least a hundred times, this one sailed over my head. I liked it for what it was. But also felt it was neither relevant to the world, nor did I see a ‘reason’ for it to be made. The production design was spot on. It felt like being transported back in time to a unique era of the film business. I just didn’t connect to the characters and their plight. I also didn’t find Tarantino’s lengthy, extended shots, to be all that interesting. There just wasn’t enough juice there. On multiple levels. Despite the stellar performances.” 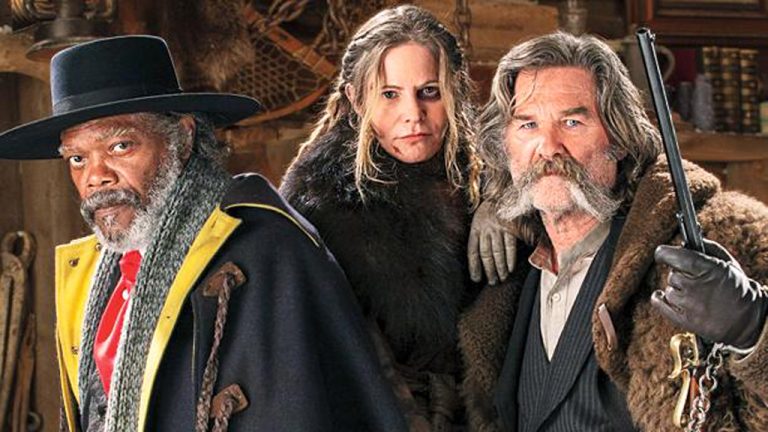 “My [top choice] is Reservoir Dogs, because it was his first film,” said Randy Greenberg, Founder of The Greenberg Group and producer of The Meg and Cowboys & Aliens. “It was so refreshing, cool and nail-biting at the same time. Quentin was a new voice and every film festival in the world wanted to have him and the movie! I started my career in international publicity, marketing and distribution — learning how to sell something to the international audience and what that audience wanted. Then I worked in the studio system, worked at a comic book company, started a talent agency and before moving to producing — so I have very unique viewpoint of material. But it all comes down to ‘is the story extraordinary, are the characters believable and fascinating, and are you moved by the material.’

“Once Upon A Time In Hollywood was so accurate in the look and feel of LA and the Hollywood scene,” commented Michael Grais, Poltergeist screenwriter, Sleepwalkers producer and co- writer/producer of Crossfire Hurricane, an action comedy set to go into production in 2021. “Sunset Blvd., Musso and Franks, the Spahn Ranch and the feeling of anything being possible in town at that time was spectacular. I was there and he captured how it felt. The acting was amazing and behind the scenes life spot on. Brad Pitt was never better. He finally became the Sundance Kid in Hollywood! I believe Pulp Fiction changed the industry standard at the time and the structure of commercial screenplays to this day. I was a working writer at the time it was released (and still am) — I would get comments of ‘too dark’ or ‘too violent’ a lot. After Pulp, that changed. The studios wanted dark and violent films as a staple in their slate of films.” 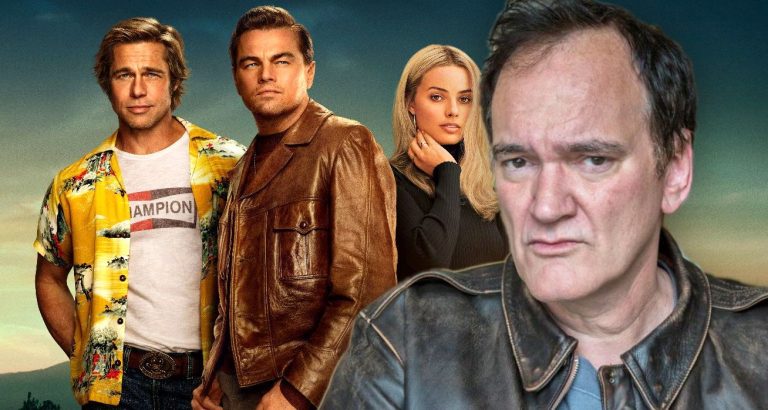 Michael Weinstein, Executive Vice President of Sales, Planning and Distribution at Lionsgate: “I love Quentin Tarantino films; they are delicious candy. Tarantino evokes a feeling. There are standout scenes that you watch over and over in your mind. Oh, how I love Pulp Fiction. I am cracking up even now thinking of John Travolta and Samuel Jackson talking about burgers in another country. And who doesn’t love the fight scenes in both Kill Bills? And Darryl Hannah’s eyepatch. Once Upon A Time In Hollywood at first delighted me until it annoyed me with the rewriting of history, but when I watched it a second time through I said ‘I get it! I get it!’ Give me more candy.”

“My least favorites would probably be Inglourious Basterds or Django,” said writer/director Louise Brix (The Pill, Graceland Randers, Friday Night Tango). “To me, both are a little too goofy, and the things (such as the dialogue) that were so characteristic for Tarantino’s earlier films are being exploited and exaggerated to a point where it no longer feels organic and natural for the film and its characters. I definitely appreciate the films from the earlier stages of his career more… The editing and jumping in time [of Pulp Fiction], the bold camera angles, the amazing production design, the fast dialogue, the extremely violent scenes spiked with humor, and the carefully chosen music as the cherry on top — it all comes together perfectly to create an iconic piece of art. Films like Reservoir Dogs, Pulp Fiction, Four Rooms and Jackie Brown are, to me, his best works.” 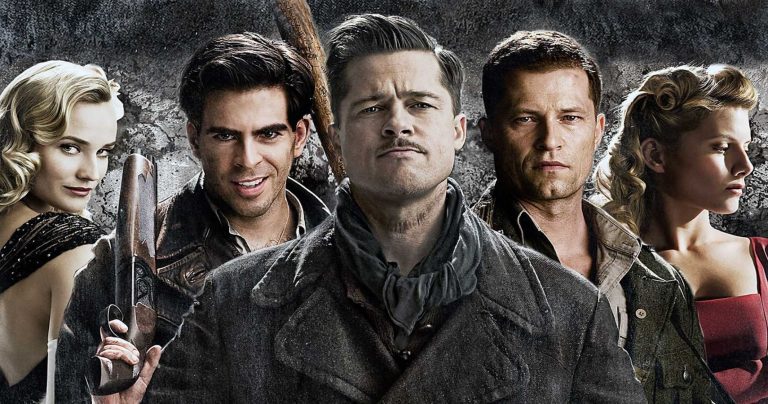 “Inglourious Basterds is such an incredible exercise in tension,” said Crooked Highway President of Production/Producer Sherryl Clark (Cloverfield, Blackbird starring Kate Winslet and Susan Sarandon, Jolt with Kate Beckinsale and The Black Phone for Universal Studios, which is coming out in early 2022.) “It’s a master class in filmmaking. The cast is sublime and while it is (like all Tarantino films) incredibly violent, the use of humor to temper the impact of the gore is incredibly satisfying. I also love True Romance… while he did not direct that film…the writing was so raw, edgy, romantic, emotional and just so cool! I’ve probably seen it over 50 times. An exceptional screenplay with many, many fans.”

Most artists work without an end in sight (Spielberg has made thirty-two films to date, Kubrick thirteen, Scorsese twenty-five), but Tarantino plans on retiring after his tenth feature to focus on novels and theater. In November 2020, he signed a two-book deal with Harper-Collins. Once Upon A Time In Hollywood: A Novel debuted as number one on The New York Times’ fiction best-seller list. The second novel will be a complementary piece about Rick Dalton’s films. On his inspiration: “In the seventies, movie novelizations were the first adult books I grew up reading. To this day, I have a tremendous amount of affection for the genre.” Love him or hate him, his place in cinema has been undeniable.

“You can spend hours name checking scripts and movies influenced by him,” said Simpson. “Reservoir Dogs was him ringing cinema’s doorbell, announcing himself. Pulp Fiction was the fruit basket he delivered. You can feel the influence of Amsterdam’s Betty Boop coffeeshop where it’s said he wrote part of the script. Who can forget the hypodermic in Mia’s heart, set up with “Girl, You’ll Be a Woman Soon?” Mia and Vincent dancing the Twist, complete with the Adam West Batman homage V swipe across the eyes. You knew as soon as Vinny stepped on the dance floor and took off his shoes, we were in for a fun ride. From riffing on Royale with Cheese to the meditation on foot massages, Tarantino pulls you into Vinny’s character and makes you care about a drug-addicted hitman. That’s a gourmet chef, not a short order cook.”

Robert Katz concluded with this thought: “His characters… I absolutely love the way he mixes extreme violence with humanity, which creates a deep rooting interest for his characters, whether they are good, bad or evil. The good: Aldo Rain in Inglourious Basterds or Django in Django Unchained. The bad: Pulp Fiction, when Vincent Vega and Jules Winnfield are having a fun conversation about life and what Big Macs are called in France on the way to a hit or in the diner, trying to calm Bunny and get her to drop her gun. Both very human moments born from very bad but highly likable characters. They are charming and intelligent. They have a point of view and something to say. We get to know them in ways we don’t know too many bad guys – and sometimes, we even root for these “bad” guys.

Then there’s the other side, evil: Colonel Hans Landa in the opening scene of Inglourious Basterds, humanity and violence mixed together in a scene filled with so much tension, it is hard to breathe. I think it’s also important to point out the presence of his unwavering confidence, which I believe comes from knowing his story and its characters inside out, which is present in each of his films, even his very first. And finally, it’s all formed and perfectly executed in outrageous but authentic dialogue, and endlessly sustained by exacting control of tone and escalating tension, which he uses like sharp weapons throughout his story.”