How Seriously Should You Take Criticism Of Your Screenplay?

Finally. After weeks, months, or maybe even years, your latest screenplay is complete. Keeping to a professional mindset, you commit to ordering feedback. You pay. And you wait. Soon enough, a reader presents their comments to you.

The “notes” might be a diatribe against your premise, a loose collection of ideas of how the reader would have done in your place, or nothing more than a recap of the plot. There are many ways feedback can go wrong. Even worse is when the notes do not fall into these traps but are still of little practical use. Identifying the highs and lows of a work doesn’t mean much if those points are not part of some balanced, deeper, structured critique to help you write your next draft. 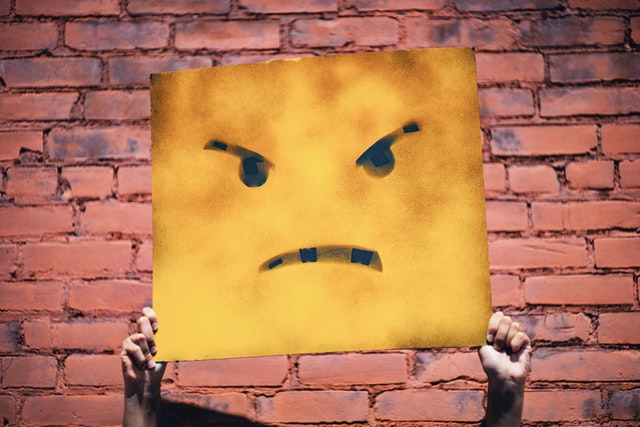 In recent years, it has become increasingly easy for an aspiring writer to find “feedback” for their material. Writers are presented with an overwhelming number of services offering coverage, notes, reviews, and consultations. This flood of feedback goes beyond screenwriters and script readers. Rotten Tomatoes collects reviews from hundreds of “critics” for every movie, while YouTube hosts thousands of reactions, video essays, and acerbic takedowns. These are mainly personal opinions.

A critique is an informed, professional dissection and analysis of a screenplay’s strengths and weaknesses, whereas a criticism focuses on the negative aspects of a script with a prescription to improve it. An opinion is a personal view which doesn’t necessarily address the underlying issues of a script in a substantial way.

What Did You Order?

While the terms are often used interchangeably, coverage and notes are not the same thing. When you are seeking out quality feedback, understanding these terms is a key first step.

Coverage is a brief analysis of a work’s development potential based on a grid scoring system. It’s an evaluation of the writer as well as their writing. This form of coverage is the most dependent on context and a studio’s needs. A studio’s budgetary limitations, its branding, the stylistic preferences of its executives, and the nature of its typical audience are all factors to be considered in coverage. As coverage is meant for industry professionals with little time, it is often kept brief and to the point.

Feedback can be a few words or a comprehensive script analysis. Unlike notes and coverage which have fairly well-defined formats, feedback format is largely up to the person giving it.

With all of these options, it is easier to start by identifying what is not criticism. Once a writer can identify false criticism, they can filter out those comments and begin a lifelong engagement with actionable comments.

Criticism is not a Screenwriting 101 lesson

A critic does have a responsibility to point out when a writer is doing their work a disservice by deviating from standard norms or including typos and formatting errors. There is a place for such minor issues when they disrupt a read, but they should never comprise the bulk of the notes. If a reader is providing paragraphs of commentary pointing out misspellings and improper margins, then they should consider a career in proofreading and leave the criticism to others.

This also applies to comments on structure. Yes, many industry readers choose to skim or even pass on projects by page 10. If they don’t know what’s going on by that point, they are more likely to move on. And they might not even read the project if it is over 120 pages.

But when it comes to structure, across all genres and all media, there is only one, actual truth: Every story has a beginning, a middle, and an end. Arbitrarily stating page numbers and turning points can at most help a writer to understand the general shape of an act. For a writer to grow, they need to have an intuitive understanding of a beginning and a resolution. They need to find resolutions within arcs, scenes, and even individual lines as they refine their material.

Declaring, “The inciting incident needs to happen earlier,” does not develop that insight within the writer. It simply tells them to move a plot point up five pages.

Criticism is not a summary

This should be obvious, but it is unfortunately common for low-level readers to summarize a work within feedback. This is often due to the aforementioned mixing of coverage and notes or they may simply not have anything constructive to say. An executive might want a brief synopsis as a way to review a concept or keep track of their slate. Notes are time-intensive enough without a synopsis. Loglines are a worthy compromise if they aren’t already supplied by the writer.

This is not to say that a synopsis is not valuable. A tight, one-page summary can reveal which plot beats the reader felt defined the narrative. It defines the reader’s understanding of the story.

Scenes and characters not included in a summary may be extraneous. As such, if a synopsis is offered as a supplement to criticism, it is worth considering.

Criticism is not a reaction

The phrases “I liked this,” and “I liked that,” are reactions. They are expressing the positive or negative reaction of the reader, but not making an argument for why that reaction occurred. Identifying how the writer was able to generate that reaction is a form of criticism. 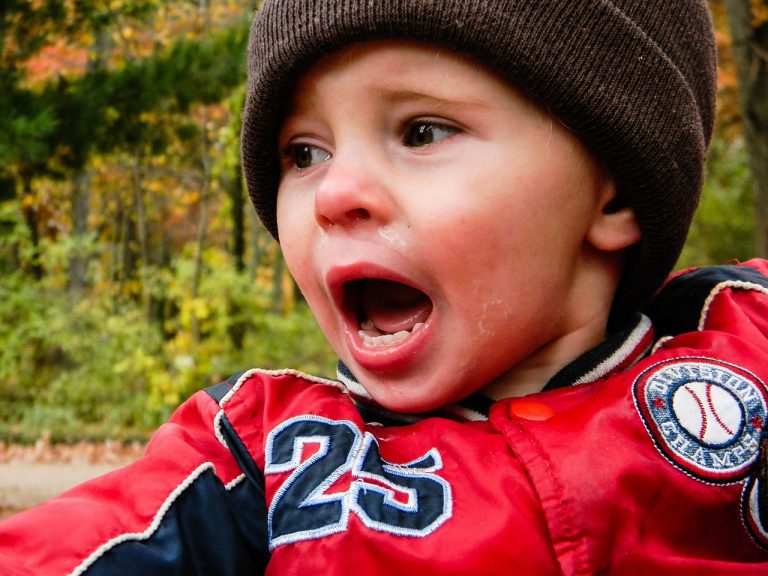 Many notes are presented as one section of positives followed by one section of negatives. Words offering encouragement and ways to improve are nice, but a writer should be looking for some form of connective tissue between those two sections. If a reader liked the characters but did not like the plot, then the actionable criticism will be identifying how the latter is not synergizing with the former.

Criticism is not a literary analysis

Many young industry professionals start out by giving feedback. Fresh out of college, they have had at least four years of literary analysis drilled into their minds. This is a tough mindset to break free from. Young readers want to know what your script means. And if they don’t like what they think the story means, they might hold it against the script.

There is a cruel side to criticism. Sometimes, a critic is presented with a work that is genuinely morally objectionable or outright illegal. Often thematic issues are less extreme. The work is unnecessarily bleak or cynical, for instance. A critic must accept the worldview of the material and proceed as a professional.

Any discussion of a work’s thematic implications should thus only be done when it is necessary for the actual criticism. Does this theme help the tone? Is it being expressed too heavily in the dialogue? Are the characters creating the implications of a theme or is the theme causing the characters to act in a manner contradictory to their internal desires?

Criticism is not a market analysis

There are certain readers out there who watch hundreds of movies within a year. Their minds are encyclopedias of film and they want writers to know it. When presented with a project, readers can offer dozens of film comparisons, along with plenty of associated demographic targets, awards, and box office data. That doesn’t make them critics. It makes them ideal candidates for film trivia contests.

Useful comparisons get to the difference between an element and a structure. It is easy to compare projects with similar elements. Sarcastic leads, twist endings, non-linear timelines, or a style of dialogue are just a few random elements a reader might grab onto before they start belting out a list of films that come to mind.

A collection of characters, a series of beats leading to an ending, and the role dialogue plays within a story are larger and more particular structures. Those are more difficult to identify between works. If a critic can identify such a structure in the examined work and an existing film, then they can provide the writer with a valuable reference moving forward in terms of how they might approach producers.

Criticism is not rewriting

The first step to any critique is to determine and honor the material’s identity. What defines the project, both in terms of its concept, its uniqueness, and its fundamental strengths? Once a reader has pinpointed those elements, they can use that as a foundation to provide criticism and potential fixes such as combining a group of characters with similar dramatic functions.

Criticism is not a chance to complain about the film industry

Every writer is aware of the arbitrary nature of the industry and its propensity to congregate around established IP and writers. All screenwriters want to know is how they can get their scripts into a good enough shape to circulate.

And with that, we can finally discuss what actual criticism is and how a writer can use it to grow.

Put simply, criticism is the process of identifying the craft within art. A critic identifies a work’s individual elements, argues how they are interrelated, and provides a subjective opinion of how well they are coordinated. Most importantly, good criticism should provide corrective strategies for the writer.

When a reader says that something does or does not work, they should make it clear as to why. This is where the short-term and long-term implications of feedback come in. If a writer is told that a weak character isn’t compelling, they might simply cut them out of the next draft. They haven’t grown as a writer. They’ve just erased a prior mistake. But if a reader explains why a character doesn’t work in the context of the narrative’s overall identity and execution, a writer can gain a better understanding of their own craft. From there, they can grow.

Criticism Can Still Be Bad

Sometimes, a critic just doesn’t get a project. They might misunderstand what the work’s “identity” or purpose truly was. Their own background and biases might make them incapable of fully appreciating the circumstances and intention of the narrative. Or they might simply have not had anything insightful to say.

Critics are not saints. They can have bad days. Their tone might be acerbic. A good point might be awkwardly or cryptically phrased. These are all parts of the critic’s own craft. Training and experience matter.

When a writer receives “bad” notes, they might worry their reaction is simply that of a jilted artist. But notes should be held to a high standard. The identification and celebration of genuine criticism is something that writers and critics deserve.