How to Embrace Risk As A Screenwriter

When you’re learning to develop your writing voice, it’s important to understand where inspiration comes from, how to make it personal, how to dive deeply into the research, and also how to rest between sprints of work. At the same time, however, the only true way to discover your voice – and expand it to something authentic and real – is to take new risks.

New forms of risk bring the possibility of failure, but also showcase the limitations of your current capabilities. Without risk, there is no clear path forward. Risk also invites you to extend beyond any preconceived limitations.

When you know where you stand, you know which way to push the boundaries. In this new state lies your voice. “The goal of a voice is to speak not with objective authority, but with subjective curiosity,” says memoirist Mary Karr.

Some of the most famous intellectuals are known for sharing their climbs to success. They stumbled along the way. They failed more than they succeeded. Because of this failure, they found success. Ironically, you only win because you fail more than those around you.

Every hurdle you pass and failure from which you arise pinpoints a spot where someone else will quit. When you embrace the risk of failure, immerse yourself in the process, and keep trying new things, you stretch your mind, callous your fears, and shed the old version of yourself. But, you have to embrace new risks, over and over again, to avoid becoming stale.

Jeff Cronenweth, the cinematographer for David Fincher said, “Every time you shoot something, mistakes or not, you’re going to walk away with knowledge.”

Over the course of Cronenweth’s career, he not only learned how to make better films, but how to be focused on the endgame, yet be flexible in the process. “I thought you had to have a perfect plan and you had to execute it in a certain way. The older I got, the more flexible I got. There are so many ways of making beautiful images. The story will tell you what it wants to be. If you apply yourself, you’ll discover what that is.” 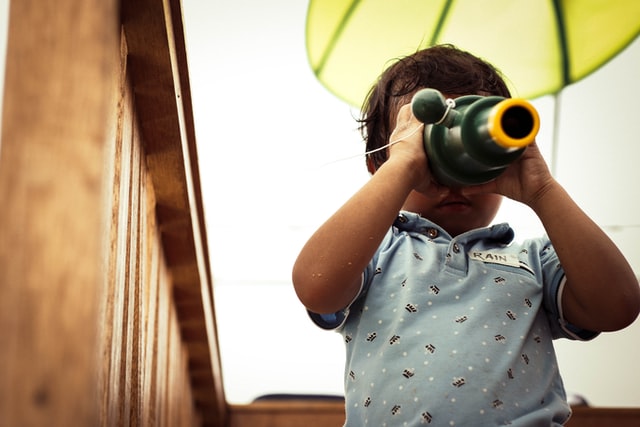 As our industry changes, you must change with it. Doing so could mean you’re the next person to literally alter your industry for the better. To be an innovator, you need to see the future version that you’re chasing yourself, but you don’t necessarily need to see the exact order in which this audacious goal will be achieved.

Recovery means more than just bouncing back. Recovery is about putting yourself in a position where the dangers of individual risk are literally less dangerous. This could mean putting more irons in the fire, but it could also mean creating a shield around the part of your mind that is subject to fear, as that part of the mind no longer serves you in the way it served your ancestors.

- There’s nothing on the other side of fear.

Fear was instilled in humans to protect us from real dangers, but now we use it to avoid risks. Kill those nerves that send fear throughout your body to become a different person.

Actor Vince Vaughn said, “What would happen when you would get that close and it didn’t happen? At first, I would get down, and I would take four or five days and I would just not do anything. I’d lose my energy. Then I started to realize that the week I took off was really two weeks; that it was a week of not getting better, and it was a week of getting worse. Now I’ve given myself two weeks less to improve at the things I am in control of,” he concluded. “I started looking at it like a percentage game; the more I worked on things, my percentages would go up. What I realized later was it gave you a confidence to feel like you belong there.”

You have to give yourself permission to perform in areas where you feel uncomfortable because it’s the darkest, deepest caves that possess the most treasure. You already have everything you need to uncover that which you seek. If there are any real barriers, they’re inside your mind.

Not only do you have to give yourself this permission, but you also have to do it as quickly as possible. In fact, if you’re not experiencing anxiety, the risk you’re taking likely isn’t worthy of your time. If you spend too much time focusing on your discomforts and pains, you’re killing your possibilities. If you’re spending too much time wishing for a better future, you’re not taking enough action. To truly kill those fears within, it’s vital to act as if success is inevitable.

“To enjoy bodily warmth,” writes Herman Melville, “some small part of you must be cold.”

As you explore new fields, you will find yourself feeling like an amateur all over again, but that’s the point. It’s that which makes you uncomfortable that prods you towards something drastically better.

“In each production,” says Ken Burns in his MasterClass, “my molecules are completely rearranged. That’s a good thing. Making a film is like confronting a million problems. It’s industrial manufacturing of anxiety. There are things that will go wrong and that’s human.”

Embrace the risk; understand the process. Embrace the process; chase new risks. “Failing on any scale is better than not trying in the first place,” says Photographer Chase Jarvis (and countless other creatives across space and time). “Nothing happens when efforts stop.” 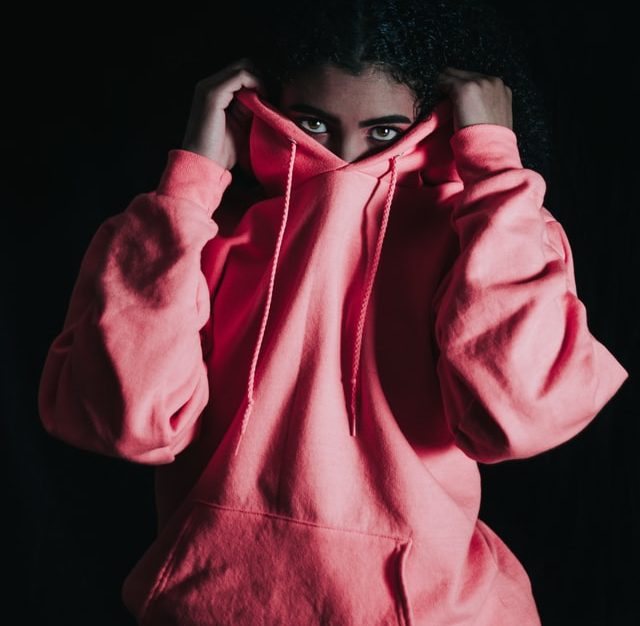 Write for yourself first, then serve your audience, but understand who you are writing for and disregard the critics because critics can only critique from a level below you. No one above you has the time to critique novice writers. They’re too busy putting in the work. “He who jumps into the void owes no explanation to those who stand and watch,” says Jean-Luc Godard.

With this new mentality, it’s possible to view your writing and therefore your subjects in a new light. Mark Manson refers to this with the question, “How do you choose to suffer?” When you “suffer” for the right reasons, your voice will be the strongest part of your body. Then, you can remove those aspects of fear and limitation created within the mind. As Kevin Hart says in The Decision, “Bullshit doesn’t come from other people, it comes from your head.”

- Suffer by never competing? Or suffer by chasing everything you ever wanted?

When you find your voice, it’s your duty to let the words flow in a concise manner. Then, the various parts of creativity that naturally combine in any field come together to create something new, over and over again.

When you take risks, you see all of the ways in which you were previously limiting yourself and your work. In experimentation, there’s success and failure, but your job is merely to conduct the experiment, then take note of the results. And when it comes to data, it’s not personal. It’s just business. Experiments aren’t personal.

“One of The Four Agreements [by Don Miguel Ruiz] is: ‘Don’t take anything personally,’” Liz Feldman told me. “It’s hard to do that because rejection feels personal, but it never is. It’s always about the situation or the broader politics, and it has nothing to do with your ability and your talent. You have to accept that rejection is going to be a part of your career – a huge part – the majority of it,” clarified the blunt screenwriter.

The good news for newcomers, however, is that failure or even perceived failure doesn’t actually happen until you’re already a success (which is another reason we can call it experimentation instead of failure).

Screenwriter Aaron Sorkin says, “Right now, if I write something that is a failure, there are a lot of consequences. I just lost someone a lot of money and a lot of people are out of work. For myself, there would be public humiliation, so there are a lot of consequences. Back in school, I wish I had taken more chances.” Sorkin has one of the most unique styles in the business, but he now ironically feels somewhat trapped within that style, which somewhat burdens his work.

This is because the way in which we view success is different for every person. Success is viewed as something very distinct, but it’s not. Richard Branson, for example, is clearly a successful billionaire, but if his goal was to live a quiet life, he’s actually a failure. It’s about your perspective on life and what success means for you.

When you start to challenge yourself and stop taking everything so personally, you can suddenly look at your work with fresh eyes. When you’re truly prolific, the individual words on the page hold less weight, but collectively have a better chance of passing the test of time. Putting the pressure of risk on yourself will inspire new work, but if you can simultaneously push away feelings of fear, you can create something truly remarkable.

As you start to unlock a new version of yourself through perceived risk, you will begin to understand new aspects about who you are, but also who you can be. But, again, it’s all how you perceive risk, growth, and failure.

Measure the gain. Push your boundaries. Discover a new version of yourself. Everything you’ve ever wanted is just on the other side of fear.

This is an excerpt from the book Ink by the Barrel by Brock Swinson.