Isabella Price grew up in a Southern Baptist household, so anything containing boobs, butts, or blood was strictly forbidden in the Price household. It was therefore a natural consequence for her to become an artist in the horror space. 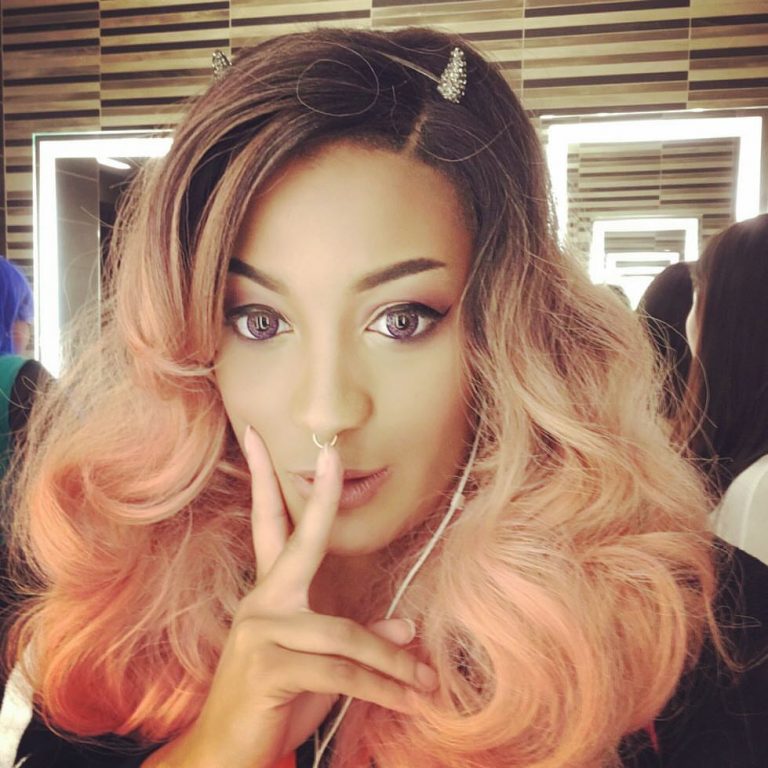 She admits that she didn’t watch horror movies until she was in her twenties. “I went to college and took the Horror Movies 101 course.” The Cabinet Of Dr. Caligari was her introduction to the genre. Price was drawn to the design, style and music of the film. At that time, she saw horror movies as something beyond exploitation, blood and violence. “It was a distinct art  form with a unique, experimental rhythm and style.”

Apart from the aesthetic of horror, Price saw it as a chance to examine thematic material that was more difficult and largely ignored by the mainstream media. A key part of a successful horror film is building an audience. We asked Isabella Price why committed audiences are so attracted to the genre. “There are so many audiences that like horror that shouldn’t – like women and black people. Horror is a safe way to experience trauma and terror.”

Horror is a dry run through experiencing trauma

Price likens the horror genre to expulsion therapy. “It’s a cathartic way of going through negative stuff nobody wants to go through. There’s a thrill to surviving it.” There is real terror in the horror of everyday life. Then there’s the simulated horror in movies and video games.

Contrary to the theory that horror is particularly dangerous to its younger and impressionable audience, Isabella Price believes that it actually makes people more empathetic. “Horror movies, video games and rock music were once perceived as the great societal ills. They were to blame rather than us.” The genre forces us to look deep inside ourselves, it grounds us, and encourages us to change and become better people. It forces us to accept and control danger and fear as part of our lives.

Price supports her claims by citing several studies by prominent psychologists that refute claims of horror warping our minds.

When audiences watch horror films. they put themselves in the protagonist’s situation and experience their pain and anguish first hand. “You sharpen your empathy by being in this situation over and over again. You don’t become desensitized.” Audiences hypothesize what they would do in a similar situation. It makes them stronger and more resilient because they can translate these actions into real life scenarios.

People who don’t like horror tend to shut down emotionally and disconnect from their uncomfortable feelings. Avoidance is not a viable solution. “Horror fans are more adept at tapping into those feelings of fear, survival, and protection rather than denying them. They are more open to experiencing and managing these kinds of emotions.”

“Non horror fans have a repulsion, not just to the horror, but going to that dark place inside their minds.” Consider that some of the kindest people are those who have been through the emotional and physical wringer and would never wish that experience on anybody else.

Isabella Price is also an avid gamer and writes for the medium. She confessed to not knowing how she got video games in the house as a teenager. “My parents didn’t know what Resident Evil or Silent Hill was, so it became easier, I guess.” She was getting the same dopamine rush from games as movies. “Getting into Dungeons and Dragons freaked out my parents because it was the ‘devil’s work.’ They were convinced I was going to start eating babies and drinking blood.” She progressed to more intense games like Vampire: The Masquerade, set in a gothic punk world. 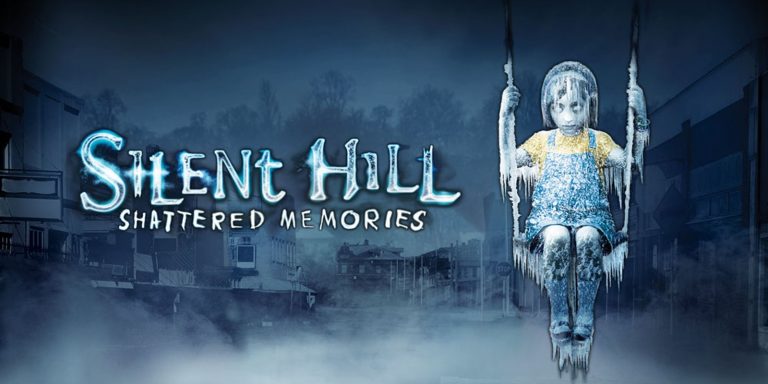 She described herself as a gloomy, morose teenager who felt too much. This led to her to writing horror stories. Video games have come a long way since their early years of simple narratives and one-dimensional characters who were either splattered or doing the splatting.

“Video games and movies have borrowed from each other and merged into a separate art form,” she said. “They are having a conversation with each other and creating something that is neither and both.”

“Most newer games have a stronger sense of narrative design and lore.” Moreover, games are a proactive viewing experience compared to the relatively passive viewing experience of watching films. “Nothing puts you in the main character’s shoes more than video games because you’re literally holding the joystick that decides their fate.” Horror games are better at taking their audiences through their characters’ emotional paces. “Perhaps I’m too involved in horror video games especially since the graphics are so realistic.” Controlling the joystick also allows gamers to construct their own narratives because they’re active participants in the story.

Writers thinking of transitioning from filmmaking into games or vice versa have much to consider. Games are much denser in terms of story and lore than movies. There are video gamers who have collated every aspect of every video game so they are highly familiar with the complexity of a game world. “Video game fans are expecting the creation a richer, multi-layered world.”

Isabella Price also notes that audiences are referred to in first person in video games because they are bona fide protagonists. Although the adaptation process from game to film can be done successfully, it’s not easy. Price cites the TV series Castlevania as an example of a game to TV series done well. “They took the world, the lore and characters from the game and expanded it really well.” A key benefit of a television series is that writers can spend more time with the characters to develop their inner and outer worlds compared to games. “Characters are more than objects moving through the levels of a video game. TV allows writers to discover who the characters are emotionally and give them more context than in games.”

Both video game and movie writers are storytellers and both have the capacity to emotionally move audiences. If a game has decades of lore behind it, your work is cut out for you if you adapt it to a film for TV series. You just need to build out the characters. 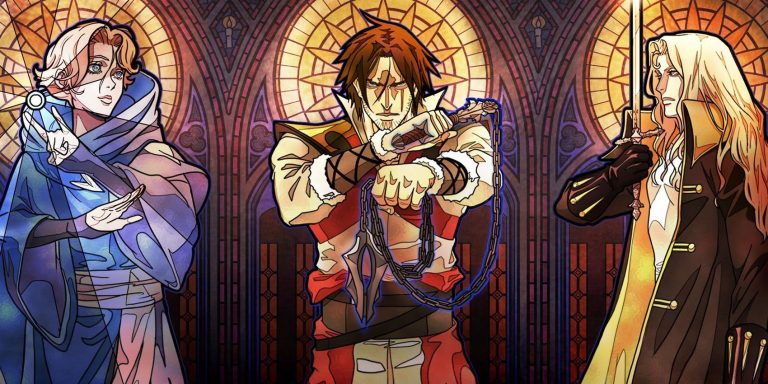 Character point of view is also a key point of difference between films and television. “The writer of a movie is more of an omnipotent narrator and can movie through time and space and from character to character in a short space of time. Video games are created for a single person to be guided through a world or situation.”

A writers’ intention in a film or TV show is to engage the audience and invite them to travel with them to the end. In games, writers are hostile to the players by deliberately withholding or obfuscating information or presenting traps and weapons without any warning. “Sometimes in games, the whole point is to cause frustration.” Your player has to get to the next level. A movie watcher doesn’t need to do anything other than watch to get to the next scene.

In games, players are often supposed to die several times to succeed. “There are also additional tools in games not found in films. You can pause to look at a map, acquire new weapons, skills, and warriors, or take a detour.” Characters aim to become faster, better and stronger to get to the next level.

Characters in movies tend to follow an arc rather than completing levels as is the case in video games. For many players, each time they play the same game they have a different experience. “Movies are more static in that regard.”

In many respects, games allow a more personalized experience, while films are a fixed, pluralistic one. This allows the horror in games to become more visceral. “You feel the horror more in video games because the characters’ lives are literally in your hands. If something bad happens in a game, it’s your fault. It puts you in danger.”

Price mentioned Silent Hill – PooPeeLife as another example. “I wore a VR headset. The VR put me in a room. Every time you do a loop the room changes. You don’t exactly know what has changed. It’s unnerving. You can hear the ghost called Lisa. I had a full on panic attack.”

The unique thing about gaming is that you can really step inside somebody else’s world and walk in their shoes. “I can understand characters in a more active way than watching a movie.”

Horror brings people of all stripes together because we all experience the same emotions albeit through different lenses.

The horror landscape is rapidly changing. “I’m very excited about the number of older women behind the lens. There are more kinds of stories being told from a female and BIPOC perspective. Western audiences are also more curious about horror from overseas. This broader perspective – geographic, racial, ethnic, gender, sexuality is injecting new life into horror. People are finding new ways to be scared in ways they never imagined.“