This entry is part 1 of 2 in the series Narrative Tricks:

I don’t like storytelling “tricks.” By that I mean voice over, fantasy sequences, flashbacks, dreams, montages, or unnecessary or arbitrary non-linear structure. Sure, there are times when all those techniques are appropriate but we rely on them far too often especially these days of long-form series.

Why not incorporate these techniques into our narrative whenever we feel the urge? After all, they have been used forever and in many successful media. And for every argument I can make against non-traditional storytelling techniques, there’s at least some for.

So what’s my issue? Screenwriters using these tricks to flaunt their writing flair rather than enhance their story. We’ll explore this in a two-part series.

Story is something that demands flow. Flow is immersion and immersion is engagement. Putting in a dream so completely breaks that flow that it can take you out of the story. Plus, what exactly is a dream sequence anyway? The way most use it, it’s artificially informational. And that is an issue.

Viewing a dream requires me as reader/viewer to put aside the narrative thread in which A follows B and go down a branching path where something is different and the tone is almost always dissimilar. Breaking flow breaks immersion which breaks engagement. Breaking engagement gets your work put aside.

Plus, if a dream is being directly informational, i.e. basically treated as a flashback/scene, it is for all intents and purposes, a flashback or scene. If a dream is more like a true dream, then it’s normally incomprehensible and open to a dozen interpretations. It’s my contention that you as the writer should always have full control of the narrative and the intent of the work. Deeper meanings should be purposeful not left to whimsy.

The Big Lebowski has a pretty famous fantasy sequence which involves dancers, bowling alleys, and at the end, a devil-inspired, giant scissors-wielding entity chasing The Dude ostensibly to cut something important off. Wow.

Sure, it’s fun but fundamentally useless to the story IMHO. But, yes okay, fun and perhaps it could be argued that given the tone of the story and The Dude’s character, it doesn’t detract from the overall storyline. Actually, a small prank they all played on Jeff Bridges was much funnier than that sequence itself.

There’s certainly a lot of discussion about the meaning of the sequence from a philosophical and psychological standpoint but be honest: would the story itself really have been diminished without it? Take it out and see if anything in the movie suffers. I just can’t see why, except for whimsy, this sequence exists. I think it would be confusing to many reading it as opposed to seeing it on screen. Most of us don’t have the resources or skills of the Coens to pull off something like that in a script or film so sticking it in is a risk.

Wasn’t Dorothy’s journey in The Wizard of Oz all a fantasy/dream, you ask? And wasn’t that one of the greatest films of all time? Maybe and yes. If it was all a dream or unconscious fantasy then that’s a bit different because the entire Act II and most of Act III was that dream/ fantasy. In other words the dream was the story not just an inserted part. 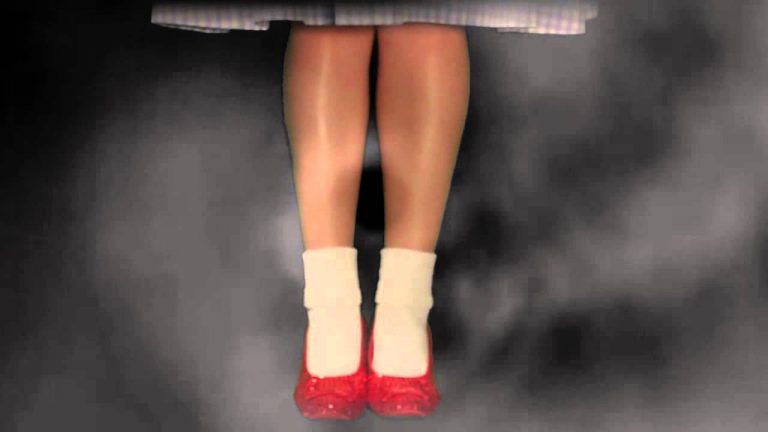 Can’t a fantasy or dream sequence relay important information about a character? For example, can’t a fantasy sequence be used as a false narrative to mislead the audience, or to get inside a character’s head? Absolutely. My number one issue with the usage, and I see this constantly in student work, is that writers use these as shortcuts to good storytelling and illuminating character. It’s lazy at best and confusing or useless in many circumstances. A conceit.
When I was a writing student my nemesis in short story class was Robert, someone who never said anything directly. Even a coat rack had symbolic meaning. His work was mainly incomprehensible and we fought like rabid dogs about this to the great amusement of our teacher. Robert, buddy, I’ll say it again: your attempts were valiant but most times you were just confusing.

At what point do you just suck it up and write your story without a device?

In my opinion it should be always. Don’t be a Robert.

Flashback is perhaps the most overused device in the pantheon of overused writing devices. They’ve become an epidemic. I think it’s because of these long-form narrative TV series that are currently rocking streaming services. Writers just need places to go to fill up episodes. No series that I’ve watched doesn’t have a “filler” episode or two, so this makes some sense in today’s what-have-you-done-lately? binging world. Fast is better than great in many cases given the crush of production realities.

I’m talking here about the use of flashback to fill in story elements or motivations that should be handled straight-forwardly. Yes, yes, film (and TV) are visual media. And when a character is explaining something it does help to see it but that’s not a reason for doing a time shift and taking us out of the story flow.

The recently released third season of The Sinner starring Bill Pullman uses constant flashback with Matt Bomer’s character as he descends into madness based on a past and recent event. The storyline also involves a ghostly character and hallucinatory sequences as part of the narrative. Lots going on there. Maybe too much.

We gain understanding piece by bloody piece of Bomer’s mindset by flashing back to Bomer’s character’s college days when he and Chris Messina’s character committed a horrifying act. The act itself isn’t detailed for most of the season and that becomes a bit frustrating and if I’m being honest, tedious. It goes on far too long like this over the span of the season becoming repetitious. We soon feel manipulated because we know we aren’t going to yet get the full story.

Flashback is a legit device used by writers over many centuries in many forms. Even the Bard used it and also incorporated multiple storylines and fantasy elements. But it wasn’t overpowering or ubiquitous in his work. He mostly told his amazing tales using straight-ahead narrative creating some of the most compelling drama seen.

If you have to use a flashback-type device how about a camera recording, photos, or diary – or just a compelling narrative at a crucial point in the story like in “The Verdict” timed so the audience is hungry for the information.

My message again: tell your story as simply as possible using conventional story techniques when and if possible so as not to confound your audience.

Non-linear storytelling has a few forms.

At its simplest it’s typically like Mission Impossible: Ghost Protocol which opens at a critical place in the overall storyline and then flashes back and moves forward to that critical point again.

Why do this? The intense action and shock of the opening scenes gives you as writer some time to spend developing a story that may take a while to get started. The audience will stick around to see how that opening scene plays out because it’s hella dramatic. It’s a bit of a cheat, but a valid one in this case. And it was done that way (on a rewrite of the original script) for very solid reasons. The cool thing about it is the reveal in the end is both satisfying and in homage to the original Mission Impossible TV series so it works and justifies itself.

Two extreme examples of non-linear storytelling are a new show called Firefly Lane (based on a book by Kristin Hannah) and the 2007 drama Damages starring Glenn Close and Rose Byrne. Damages is amazing. It starts with the main character, Rose Byrne, bloody, naked, wrapped in a trench coat coming out of an expensive hotel (or residence – can’t remember.) That scene takes place in close to present day (of the show’s timeline) and then immediately flashes back to Rose Byrne being interviewed for killer-shark-litigator Glenn Close’s law firm. 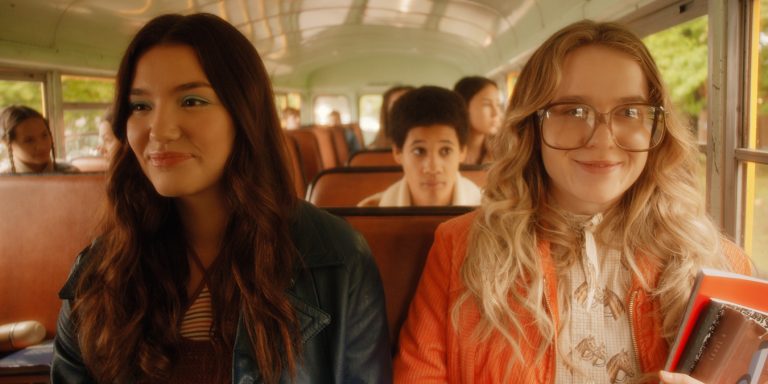 The narrative structure twists and turns and jumps and cuts many times and to many different timelines. No storyline in Damages is linear although we’re always building to a strong conclusion. It’s all a skillfully-handled jumble that lands well. It’s one of the few movies or TV series I’ve seen that makes complete sense out of a seemingly disorderly group of time periods and situations. Firefly Lane does similar jumping and cutting, but perhaps because they are handling a period of forty years and two characters it can sometimes become quite confusing. In “Damages” even when we’re cutting in and out of time periods we’re with the same actress in about the same time frame which means we’re always following our focal character’s immediate journey.

Queens Gambit (another book adaptation) also cuts back and forth using different actresses to portray Beth Harmon at different ages, but it’s basically her as a young girl and then her as an adolescent and adult. Also, the timelines are pretty consistent, staying with one age or the other for a measurable period of time. Much less confusing.

Before The Devil Knows You’re Dead” (writer Kelly Masterson) is a terrific film that has a completely unique narrative style that I call “katana” because like the metal folding technique that goes into these beautiful and razor-sharp swords, the story keeps folding back on itself as it also moves forward. Incredibly compelling but a one-off; you can’t get away with this type of narrative style most times. Trying to jump cut most times just gets you a frustrated reader. The last thing you want is a reader having to go back to figure out where the storyline is.