Kurt Smeaton on “Children Ruin Everything”

Following successful runs with the internationally acclaimed Canadian comedies Schitt’s Creek and Kim’s Convenience, writer and producer Kurt Smeaton has recently released his own television series – and the title says it all. Children Ruin Everything is an honest look at the challenges of parenting young children while balancing career with family, financial and social responsibilities. Originally from Vancouver, British Columbia, Smeaton now lives in Toronto and draws inspiration for his material from his own life and family. I spoke with him about what he has learned in his career to date working in successful comedy series under writers such as Eugene and Dan Levy and how that experience transferred from the writer’s room to creating his own show.

How did you become involved in writing for television to begin with?

I was actually involved in sketch and improv, and was doing a lot of live comedy in the city… back when you could afford to have a part-time job and do live comedy and still afford an apartment!

I hadn’t really done that much writing for television; I had mostly done some radio and live work. There was this showrunner by the name of Paul Mather who was putting together a room for a show called Men with Brooms. He was looking for a group of half writers and half improv comedians to sort of keep the room lively! I had an interview and wrote some sample work… and that was my first job. It was a great job and Paul was a great teacher… of the craft of writing in general, and how to write and how to break. That was my first exposure to that kind of work and it was my first room. The show didn’t last for a second season, but it’s what got me in the game. Once you have some experience under your belt, it’s much easier to get that second job.

What did you learn from working in TV writers’ rooms on shows like Schitt’s Creek and Kim’s Convenience that you then carried with you into developing your own series and showrunning?

Each room is its own little ecosystem, and so they all run slightly differently… because, really, a room is about people. It’s the group of people who you’ve assembled and the person who is running that room that are the biggest factors in what that room can be.

From Kim’s Convenience, Kevin White is a really experienced and great showrunner. He’s very organized. One thing I kept from him, which is just a small thing, was to schedule breaks. Make sure that people know there is going to be a break and when it is; that way they will know they can get some aspect of their life done for 15 minutes if they need to. 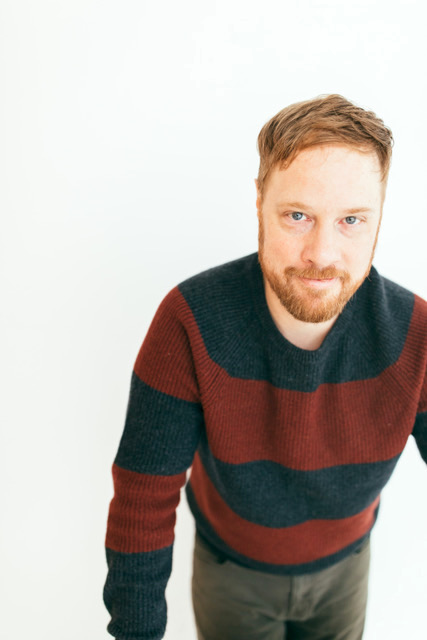 I think what I learned was what I did and did not want to do in terms of people and management… and in terms of empowering people too. To be able to make people feel that they have a voice in the room and can speak and not feel like they are going to be judged for it.

Something that Dan [Levy, Schitt’s Creek] did really well was he considered the audience’s experience with the show. He really thought about what and how the audience was going to feel about things and he genuinely cared about it. I think that was a really great way to sort of take a step back and look at how your show is going to impact the audiences that are going to watch it.

The main thing is being in a room and hunting for what the showrunner wants, and having that experience over and over again. Every time you break a story, you’re back at zero. You’re starting again, trying to hit that target. It’s a really valuable experience, and the better you can get at that, the more you can have no ego about it… and the more value you’re going to be to a room.

Toronto is a very multicultural city. You write a lot about family and you incorporate those elements of multiculturalism into your storylines. What do you enjoy about those specific topics and are there any challenges that come along with them?

I’ve been in development many times before with different projects. I feel like the reason why Children Ruin Everything was different and got the green light was because it was the first show that I was writing about from my own personal experience, my own personal authentic experience. I think that is obviously something that’s really important right now in the writing world. When it came to assembling my room, I wanted to assemble people who had different lived experiences that they could bring to bear on my show. That was something that was very important to me, and so I had several parents of different backgrounds in one room, for both Seasons 1 and 2. I think that just gives you the ability to tell more stories.

As with your previous shows, the supporting cast members on Children Ruin Everything provide much of the comedy, sometimes even more so than your main characters. How important is “the ensemble” to the overarching story on your projects?

They are really important.We’ve got a very deep task and we’re very lucky with our cast, including the kids. They’re both really wonderful little performers.

But yes, you can take a little bit of a more comedic swing with characters that are secondary because you’re not necessarily “with them”, emotionally speaking. You are with your main cast and those are the people whose journey you’re following. So you can have a little bit more comedic license with the others. I think if your main characters are too silly, you can’t relate to them and you don’t care about what happens to them… but you can have a little bit more fun with some of your supporting cast. They don’t need to be as fully realistic or as grounded as the main family.

I think it’s really fun to have those characters and to have different perspectives. This show is about parenting, so you have other characters who are different kinds of parents or who don’t want kids, or who don’t even understand kids…that’s fun to explore as well.

How have streaming services changed the game, particularly for international shows trying to “make it” or get picked up by a US network?

Well, there are just so many more avenues to getting your show seen. The services are for content creators, and it’s never been a better time because there’s just so much demand for content. There are so many streamers, and they’re all looking for something that sets them apart and that gives them a show that audiences want to come back to. They’ve got this monthly income and these big budgets too, so they can buy up their own shows that they can make.

So I think it’s been great… and I believe that Canada has reached a point where it’s creating enough content that is finding success in the US market such that services are opening up offices here. You are starting to see more and more people take Canada seriously, and I believe Canada should be taken seriously. There is great content here. It’s no secret that Canadian content creators are fantastic and great to work with… but I feel like the secret is out now that Canadian content creators are also talented and have something to offer.

You still work in tributes to your hometown, such as by working Toronto musicians Len and their song “Steal My Sunshine” into the story!

I was really happy to have that that song in there! It can be expensive to write a song into your screenplay. “I Only Have Eyes for You” by The Flamingos was a song that was always in my pilot and I didn’t know much that was going to cost. You’re taking a gamble to tie a moment to a specific song but I think those were so fun to do.

What is something that you have learned over the course of your career and from the people you have worked with that you could offer as advice to other writers?

I think that every great scene has a turn where someone feels differently from the way they did at the beginning of the scene…and if any scene in your project doesn’t have that, it’s not a scene. It is cuttable, and there’s a real chance it’s going to end up on the floor. There has to be a new piece of information; or someone’s opinion has to have changed; or someone has to have a new direction in which to go.

If it’s just people exchanging ideas, it’s not a scene and I think that that’s a difficult thing to learn as a new screenwriter. You tend to think “now I need to have a scene where this person has a conversation with this other person and they get advice and tell each other what’s going on” in your story…and those are the scenes that end up on the cutting room floor. I think it’s just important to make sure that something important, some emotional center, is happening in that scene.