“Overwhelming in the Best Possible Way” Tananarive Due & Steven Barnes

“Overwhelming in the Best Possible Way” Tananarive Due & Steven Barnes on ‘Marvel’s Black Panther: Sins Of The King’

The Marvel Comic Universe (MCU) is a remarkably expansive one frequently adapted into film, television, and digital platforms. Marvel’s Black Panther is no exception. It has recently been adapted into an audio book and ebook series to further extend the reach of its rich characters and storylines. We spoke with writers Tananarive Due and Steven Barnes about their exciting journey.

“Comparatively, I was a Johnny-come-lately because I didn’t know I wanted to be a writer until I was about eight,” joked author Steven Barnes (Tennyson Hardwick mystery series). “I started publishing in the eighties — published thirty novels — and worked in television and film.”

“What drove me to writing was a love of storytelling and making a connection with people. Reading my stories aloud to groups and watching the groups respond emotionally convinced me this was the path that I wanted to walk,” added Barnes. 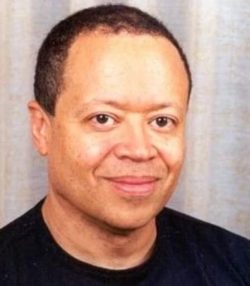 Due and Barnes, along with writers Ira Madison III, Geoffrey Thorne, and Mohale Mashigo, make up the writing team behind the new audiobook and e-book series Marvel’s Black Panther: Sins of the King, the latest extension of the Marvelverse.

In Black Panther: Sins of the King, the story follows an army of undead which threatens Wakanda. The Black Panther turns to his long-lost father in the fight against his most lethal opponent yet — the demons of his past.

Over the years, the duo said they haven’t excessively changed their writing style due to a changing market. Due once had to cut a zombie YA novel in half thanks to shorter attention spans. That said, Barnes does keep an eye on the marketplace.

“The meaning of communication is the reaction you get from the audience. But, in terms of style, if you take a look at all the different approaches to storytelling. In some ways they’ve all already existed, but the most popular thing at the moment that people might reward you for, is going to shift. You can’t chase after that because it becomes fool’s gold.”

Barnes continued, “You have to learn your method and be flexible within that. Beyond that level of flexibility, it’s more important to maintain your voice and maintain your sense of integrity for your own creative impulse.”

Thanks to their novel-writing background, the writers were approached to tackle the new story about Wakanda and the Black Panther.

Writing Black Panther: The Sins Of The King

“I was attracted to this particular project because Serial Box has a hybrid development model that’s midway between fiction writers and television writers. They have a writers’ room. That was really very tantalizing for me,” declared Due.

As someone who had never been in a writers’ room before, this was a new, exciting experience. “That was one of the most exciting things about it. Not just writing this character, but listening to other writers coming up with these stories.” As a married writing team, the couple was thrilled to work together in the writers’ room.

Barnes said, “I had been a Marvel fan since the sixties and owned the first Fantastic Four comic where the Black Panther appeared (#52, cover dated July 1966).”

It was most welcome when this opportunity approached them.

“I was not the driving force behind this. Our agent approached us, Tananarive was excited to do it, so I backed her play.”

For a Marvel story, one of the most exciting aspects is using guest characters in other tales. “We always knew it was going to be centered around T’challa,” stated Due, “but we wanted to do some fan service. Of course, you have to set part of it in Wakanda. You can’t do Black Panther and not have part of it set in Wakanda.”

The story brought in Vision and Ant-Man among others, but there were a few limitations from Marvel / Disney about which characters could be featured in the story. “We’re not dealing with the Marvel universe,” said Barnes. “We’re dealing with the slightly parallel universe of the comic books, so it’s not directly part of the MCU (wink, wink). I would say it parallels the world of Black Panther and Wakanda as it more or less exists, separate from Endgame and Infinity War.”

“It’s more set in the world based on the comics, but if a fan has never read the comics but seen the movie Black Panther, they will understand the world they’re in. It’s the moment in which Wakanda is on the world’s stage, no longer hiding itself; almost a direct leap from the last shot of Black Panther when T’challa is addressing the United Nations.”

The real question for these writers fell on the character of T’Challa in this new world. “What do you do with your newfound power and what is the price for your sins of the past?”

Since the story is a branch of the larger Marvelverse, its chronological place is before Thanos, although does include the death of T’Challa’s father. “Our story harkens to the history of the comics, such as the death of T’Chaka, which happens the way it did in the comics, not the movies.”

“But he is dead. People that have watched that movie. There is that broken relationship and we yearn to communicate with our ancestors and with people we’ve lost.” With this in mind, Barnes gives credit to the movies because they deliver similar stories in more of an adult fashion.

“Due and Barnes kept things in tact and it feels like you’re reading a Marvel comic book, so as an adult, you get that experience of reading a comic book like you were fifteen, which is a slight miracle they’ve pulled off there. In dealing with T’Challa, we remember he’s a king, a hero, and in the comics, he’s a supreme tactical fighter.”

“In some ways, we create images we wish they would put in the movies, but movies have a different set of priorities. They’re hugely expensive and have different needs in terms of the types of audiences they have to satisfy and limitations on what you can present. Ours is a hybrid format, but you want to create the same experience.”

Since this IP dates back to 1966, the character has to accommodate what fans expect, but also showcase things never seen before. “You have to be the same and yet different,” continued Due. In addition, the book also has to be suitable for both YA readers and adults. 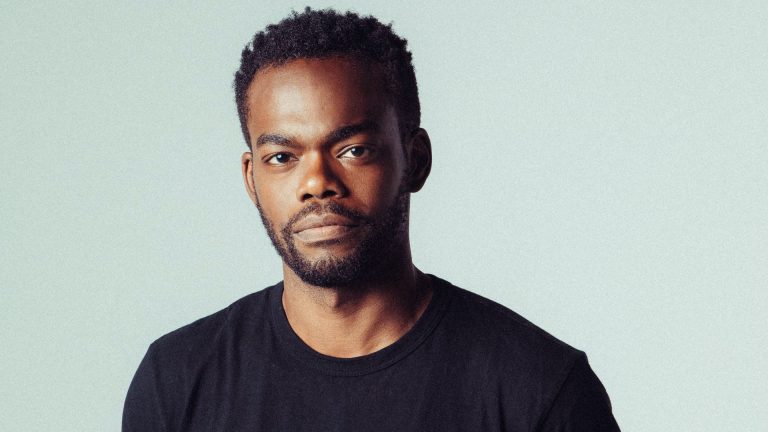 “Every step of this story has to be thought out before you pass the baton to the next writer. We were basically all writing simultaneously, so we didn’t get to read the previous chapters before we started our own chapter,” recalled Due.

In this respect, the writers’ room pitched an overall story arc then divided it up into chapters in the way a television series would divide up episodes. “You had to really rely on the strength of the outline and the overall story. Then, with editing, there might be some continuity issues to find the continuity of voice.”

The writers said it was also nice having Mohale Mashigo on the team, as she is from South Africa and could add that extra truth to the story. “Rather than having an Americanism, she could add something authentic.”

Due said one of the reasons why it is difficult for prose writers to join writers’ rooms is because you’re changing from a solo mindset to a collaborative mindset. “I enjoy using that other lobe of the brain because it expands your story capabilities.”

“The challenge is finding a group of people who can get along and the ideas were whizzing like bullets. As an author who is used to working in seclusion or just with one collaborator, the idea of several collaborates were slightly overwhelming, but in the best possible way.”

Due compared the writers’ room rhythm of watching a jump room spinning and deciding when to hop in. Meanwhile, Barnes said most of his novel writing has been collaborative, either with his wife, or with a mentor.

“In Hollywood, working with producers and directors, you have to grasp your work and know you’re writing the blueprint and leave enough space for others to add their ideas, their heart. Trust these people are like you and know they just come in with a different skill set.”

In terms of writer advice for those entering the room, Barnes would recommend coming up with bad ideas. “If you have too much invested in your ideas, if you’re afraid to look bad, you’re going to have a problem. There’s simply no way to exist in that context without coming up with bad ideas. The only way to come up with a good idea is to come up with a bunch of bad ones.”

Barnes said, “If you’re talking about how to organize such a group, remember that hopefully you’re dealing with people who are both brilliant and insecure, highly competitive and scared to step out, so you have to have some social skills to do that.”

Due added, “The lesson for the writer is to believe in your voice. Don’t worry about something that might sound stupid or might involve a major change in the story where you have to go back and re-think some things. That’s a tough fight.”