At a time when our screens are already saturated with true crime TV shows, the story of Candy Montgomery (Jessica Biel) and Betty Gore (Melanie Lynskey) is as shocking as it is true. Set in Wylie, TX in the 80s and based on the chilling book by Jim Atkinson and John Bloom called Evidence Of Love: A True Story Of Love And Death In The Suburbs, Candy is a TV series where the truth is verifiably stranger than fiction. We spoke with the show’s creators Robin Veith (Mad Men, The Expanse) and Nick Antosca (The Act, Brand New Cherry Flavor) about Candy.

Nick originally Robin to the story in 2019 around the time of the #MeToo movement. “It speaks to the theme of female rage arising from societal suppression,” began Veith. This rage stems from the conditioning over time to conform, control, contain and confine the frustrations of the superficially idyllic small town church life. It’s that ‘borrowing a cup of sugar’ niceness and the obligation to be neighborly and help everyone no matter how busy you are, that really struck a chord with Robin. For most of us, we channel that rage into healthy outlets, not murder.

“If you ask me to do one more thing for other people, I’m gonna snap.” And that is what Candy did. For those unaware of Candy, it is based on the real-life story of Candy Montgomery killing her fellow church-going best friend and neighbor Betty Gore with an axe in cold blood. 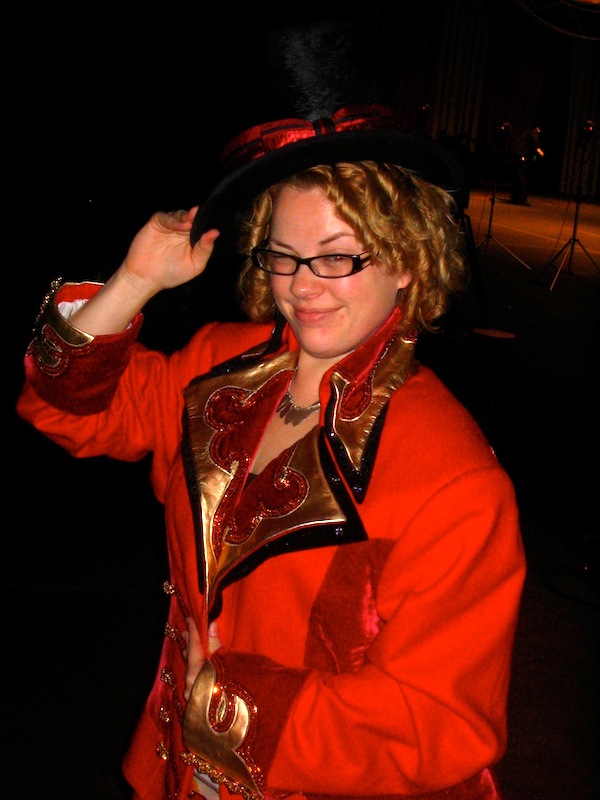 Antosca was drawn to this story via the central question, “How could this possibly happen?‘ The improbability of it made it all the more enticing to him.

The Candy Montgomery story has also been produced by other networks. We asked the writers how they navigated the competing executions of it. “There are many ways to tell the story,” asserted Veith. “I find it fascinating to see how different people interpret the same event.” Nobody was in the room on that fateful day, so the actual events were also open to interpretation.

Veith and Antosca were fortunate to have access to the book’s authors who also served as consulting producers on the show. “They [Atkinson and Bloom] spoke to the original players shortly after the incident,” said Veith. They also interviewed the the initial Sheriff’s investigating deputy who provided a wealth of information as did one of Candy Montgomery’s attorneys.

Detectives Nick Antosca and Robin Veith also hounded the local courthouses for transcripts of the trial.

Once the writers amassed all the information they could, they decided that the best entrance into the story was to look at “that day,” June 30, 1980. “Something happened in a laundry room at around ten o’clock in the morning. One women later went about her day and another woman’s body was found about thirteen hours later. What does that day look like?” continued Veith.

The uncertainty of events was also present in the writers’ room. Brett Johnson (Escape From Dannemora), David Matthews (Tyrant) and Elise Brown (The Act) each brought their own perspectives to the incident. “Robin was able to synthesize all those points of view into an exciting story,” added Antosca.

Robin Veith confessed that her nickname in the Mad Men writers’ room was “Hidden Fury,” so she was either going to become an MMA wrestler or write Candy.

Wylie, TX reminded Robin Veith of the small town she grew up in. “It felt exactly the same. The characters in the show felt like my parents who moved to an exurb community for young couples to start families. There’s something beautiful in that sense of communal support in the town.” Despite sounding like a nirvana, there’s something claustrophobic in that environment even with its wide open spaces.

The church was also a key factor in the community and involved in the town’s life. “The church was your living room. It’s the gathering place,” said Robin. The writers deliberately didn’t include a church sermon in Candy, but instead, focussed on the church’s role as the center of the community. There’s children’s gymnastics and quoir practice there. It was more than a place of worship.

“Wylie is a place where you’re suppose to be happy. What do you do if you’re not happy?” mused Nick.

Fictionalizing the truth is like creative accounting. Robin Veith quoted Peter Morgan (The Crown), “You’re a portraitist, not a photographer,” to illustrate her point. “We’re obligated to stick to the core truth as we understand it.” Given the lack of cell phone and other modern electronic records, the writers’ were forced to rely on Candy’s version of events since there was no record of Betty’s version.

“When you’re telling a true story of people’s lives, there is an added burden of responsibility to be respectful and depict them in their full humanity,” opined Antosca.

Crime Of Passion or Self-Defence?

Candy Montgomery was ultimately acquitted of the crime after a court found the murder was committed was in self-defence after she discovered Betty’s affair with her husband Pat Montgomery (Timothy Simons).

It was extremely difficult to identify the exact motives for the murder – passion, self-defence, or temporary insanity. “It was challenging and that’s one of the reasons I love writing,” said Veith. “When we keep pushing, we know we’re on to something great.” The writers claimed that a lawyer could make a valid case for each of these arguments.

Writing a character like Candy Montgomery is a tall order. She could be written as a textbook homicidal psychopath with little regard for human life or as a tragic victim of her circumstances. “We didn’t approach her character as a psychopath, but rather, how do we relate to her and empathize with her journey,” recalled Antosca.

Candy was friendly, affable and well-loved by her community making her crime even harder to believe.

“It was our job to put a framework of the totality of that experience on the page,” he continued. It was a balance of the superficial satisfaction in the town offset by a deep-seated anger. “We created that universal atmosphere of anxiety, dread which will explode in a tiny room with catastrophic consequences.”

“It was also important to try to get inside Betty’s head because she couldn’t speak for herself.” She had to be a sympathetic character despite her absence for most of the series. “Melanie Lunskey brought a power and vulnerability to her role and a desire to be accepted in her community,” added Veith.

Writing courtroom scenes come with their own challenges. They need to convert the meticulous proceedings along with the nail-biting drama. “Courts are a visually static environment and you need to add life to the scene. How do I show as little of this as possible?” said Robin.

Nick Antosca and Robin Veith believe they are a complementary writing team. “People associate me with horrific gruesome murders and Robin with delicate character work,” said Nick. They are indeed a perfect team.