Producer Jason Piette On The State Of The Business

Jason Piette is a producer at Disrupting Influence, a hybrid sales, production, distribution, and consultancy company.He’s known for over fifty films including The Merchant Of Venice, Head In The Clouds, Berlin, I Love You, and the Napoleon TV series. He is also a director of Artists For Change, a non-profit producing impact films such as Angie: Lost Girls. He shared his expertise on the state of the film and TV business with Creative Screenwriting Magazine and how screenwriters can benefit from it.

He began by discussing the fine difference between two commonly used industry terms – content and film. “Content is a term more applicable to a streamer that has a set number of hours to fill in order to attract subscribers.” A film is made when it’s ready to be made. Piette is interested in making quality independent films for their intended audience rather than content.

“The streaming revolution has made the production of independent films more challenging.” Piette applauds the seemingly endless choices of material audience has to watch, both live and on demand. “We have more places to set up projects, but it’s also become a work for hire mode of production and creation.”

Independent film is more a function of its audience than its budget or mode of production
An independent film is mainly produced as a function of its audience according to Piette. Screenwriters should note that exactly defining a target audience for their indie films is not as straightforward as they may think. For example, a family film may cause some writers to believe they’re writing a screenplay for everybody, when in fact, they need to consider both adult and child audiences. “Once you specify the audience, you can frame the film to best reach them.” 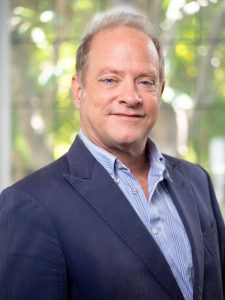 Indie films must also take into account the realities of the market. The old model of film financing banks, completion guarantors, and territorial pre-sales is diminishing in favor of entities purchasing completed material or commissioning it. “Although the cost of production has risen, so too has the demand for these lower-priced independent projects.”

Currently, Jason Piette is actively working on elevated horror and action/thriller projects for his Disrupting Influence banner. This is a strategic focus for him since the audience for these genres is well-defined. “We still have to be just as enthusiastic about the projects as the audience.” The company also wants to “work in these genres in a new and inventive way. ” New material must rise above its peers and stand-out to make an impact in the marketplace.

“Elevated” is a genre descriptor commonly used in the business. “It’s about avoiding the clichéd route the audience is tired of. It seeks to deliver the excitement that people want, but taking them into new territory with a combination of surprise elements such as a genre crossover or casting choices.” Piette cites Iron Sky as an example which is a comedy-sci-fi film. “It was a wonderful confluence of these two genres.”

- Elevated genre has higher ambitions than delivering a cookie-cutter film

Stying vibrant and vital in the ever-changing entertainment industry is a constant task of adaptation. Jason Piette often turns to his children for their opinions on his current projects. “The curiosity, motivation, excitement, and energy I had when I entered the business never peters out,” he declared.

The advent of streamers paved the way for more niche programming with a global reach rather than a fewer projects with a broader base. This business model is in service to building and maintaining its subscriber base. He adores the local, foreign-language, culturally-specific breakout hits currently available, that might not have ever seen the light of day in traditional broadcast television and theatrical releases. “It raises the bar in all genres and pushes the envelope. You need to be extraordinarily good to be competitive.”

The development process at Disrupting Influence extends beyond the screenplay. They actively produce pitch decks and sizzle reels for potential buyers and distributors.

The company sources its projects mainly from its expansive network of writers, producers, and directors. “In some cases, the writers find us.” As is the case with other companies, they also liaise with agents and managers to ensure they are aware of the material currently in circulation. “We also like to develop from scratch through to completion.”

When screenwriters approach Piette, a pitch is more effective with elements more than a script attached to it. “It helps to have visual material such as a pitch deck or a proof of concept reel to give us a sense of the style.” These ancillary visual elements assist the development of the screenplay.

Jason reads his script submissions in their entirety. A key element he looks for is the transformation and growth of character and how they interact with the other characters. Sometimes this arc isn’t as apparent as it should be.

Piette believes it’s an exciting time for screenwriters, particularly those interested in management and producing due to the explosion of demand in that field. Writers are also becoming more entrepreneurial as they seek to become more than workers for hire and suppliers of content.

In the spirit of Independent Film, the producer believes in patience and persistence. Piette doesn’t believe writers should always pitch to their contacts list and then move on to the next project if it doesn’t gain traction. “You can always get something up if you really believe in it. You can give your project a better chance if you stick with it.”

Writers should also be aware of macro industry trends and the evolution of genres. “For instance, romantic comedies are skewing toward younger audiences while still maintaining the genre tropes. Films should evolve to reflect how audiences see themselves in the world.”

Screenwriters should also be aware of navigating feedback notes. “Some writers either love notes or tolerate them. Some producers like to tinker with the writer’s vision” rather than provide constructive notes. At some point, writers must draw a line between what they are willing to accept or reject. He also cautions against writers who believe their screenplays are already wonderful and reject all feedback contrary to their view.

“In the end, producers and writers are all on the same side.” Everyone wants to make the project the best that it can be because as soon as it steps out into the world, there may not be another chance if it doesn’t land on its feet.