This entry is part 2 of 2 in the series Revenge:

The psychological underpinnings of revenge, around for generations of storytelling, involve identification with a character’s situation (empathetic response) which then leads to catharsis. Once we bond with the main character, identify strongly with their plight, satisfying results are what you’re aiming for in revenge-driven movies; that’s why so much of the skill comes in on the setup and execution of the storyline.

In Brian De Palma’s The Fury, based on the book by John Ferris, Kirk Douglas’ character is seeking two things: the return of his son and revenge on the man (John Cassavetes) who betrayed him, and then turned Douglas’ son into a psychopathic killer. Although Douglas’ character isn’t able to accomplish either goal, the total measure of satisfaction we receive when Amy Irving’s character tells Cassavetes’ character “You go to hell!” and then explodes him into tiny bits of flesh is palpable. 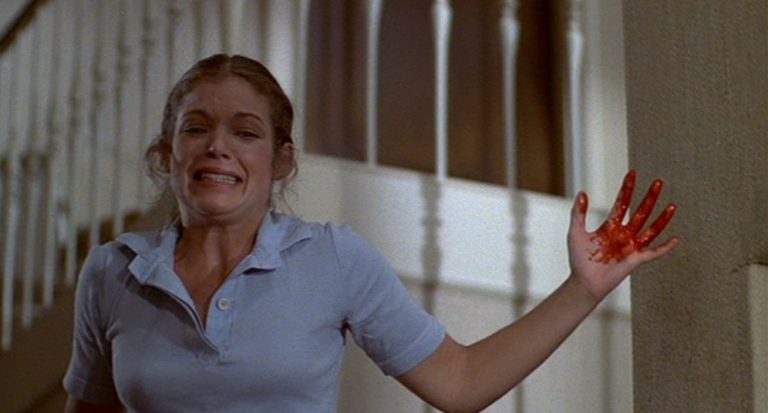 It’s a superb ending and so incredibly appropriate we feel almost no guilt in celebrating this horrifying moment because nothing about the Cassavetes character is redeemable; and he is so powerful he is beyond any sort of normal justice. Would that we could do this to evil people to balance the scales of those who seem untouchable is definitely part of our emotional experience when watching films like this?

Some Asian films in particular use hyper-revenge as a motif. The body count seemingly never stops.

Old Boy, a startling Korean film, features extremes from the start and they keep coming all movie-long. The afore-mentioned Lady Snowbird, as well as Lady Vengeance also have a body count that is almost beyond belief.

The Man From Nowhere isn’t revenge per se in that the focus of the action is about recovering a kidnapped young girl who had been befriended by the titular character. Her mother, however, had been tortured and murdered by criminals in order to recover a stash of drugs and the little girl had been forced to watch these horrible acts. Won, the main character, racks up a few dozen kills on his way to his goal.

Of course, ultra-violence is also hallmark of many American revenge movies like the classic Death Wish. Once Charles Bronson’s wife is murdered and his daughter is raped, he prowls the streets tempting thugs to attack him so he can shoot them. Nothing seems to satisfy his blood lust. Even though it’s overboard in many ways it makes for admittedly satisfying viewing as criminals are brought to rough justice.

Notably, movies like this and Dirty Harry were a response to a societal perception in the 70s that crime was winning and the courts were failing, and we (Americans in big cities) emotionally felt like we had to take matters into our own hands.

Rather than being about some sort of justifiable comeuppance though, these fringe films skew toward psychopathy. They are hard to watch if you have any sense that in a civilized society, we have mechanisms to ensure justice. We all know that systems can break down under certain circumstance so it allows for our attitudes toward these hyper-violent revenge characters to be mitigated somewhat.

No genre or platform is absent vengeance.

TV has had shows based on it like Revenge (inspired by the Dumas’ Count of Monte Christo) where a young woman’s return to her ancestral home comes about because she seeks to right the scales of justice for her father who was framed for treason by people in this town and subsequently murdered in prison.

The Punisher, based on the Marvel comic book, is straight up revenge-driven movie/TV. His name basically says it all. 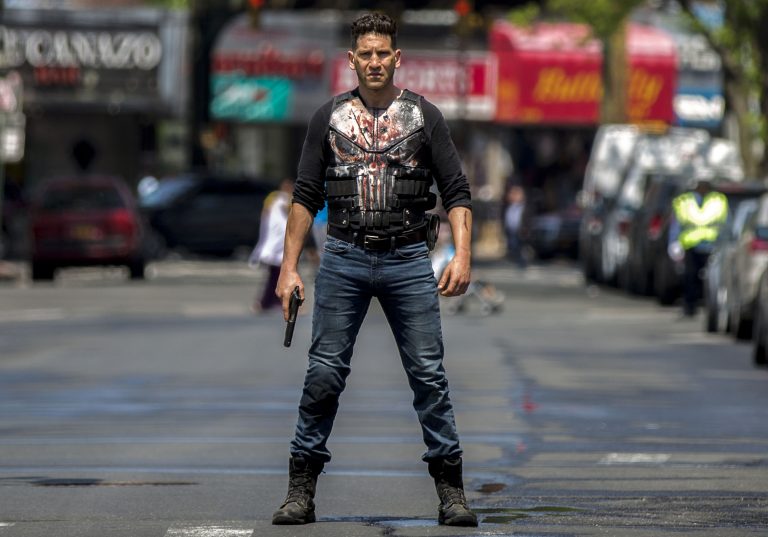 The original Fugitive starring David Jansen functioned as a revenge motif to find the “one-armed man” who killed Jansen’s character’s wife and framed him for the murder.

Westerns back in the day featured many revenge-driven plots. True Grit, Hang ‘Em High, Five Card Stud all had vengeance driving the plot. But so do more recent westerns like The Quick and the Dead and The Unforgiven.

Death And The Maiden, Mandy, The Last House on The Left to name a few defied and crossed genre conventions to feature revenge as their core.

Revenge isn’t simple. Millions of pages have been written about it because we are conflicted about it at best. Question anyone who is certain about their feelings about this topic and you’ll soon uncover anomalous opinions.

Is someone who seeks revenge a hero or coward? Are they justified in personal redress or is it never justifiable in today’s society to take justice into your own hands? What happens if the legal system lets you down; is that then reason enough to take a life or torture a person? How far does one go?

In Girl With The Dragon Tattoo Lisbeth Salander (among other things) tattoos her rapist with the words: “I Am A Rapist Pig” and then threatens to do very bad things to him if he tries to get the tattoo removed. Nothing excuses her tormentor’s brutal rape but is she justified in then doing what she did? Ask ten people and get ten different answers.

Theme in revenge movies must be explored in order to provide the most complete story possible. At the very least, understand what you’re trying to say with this most fundamental of human drives.

Deep themes in revenge underlie what at times appears to be a shallow genre filled with easy solutions. In order to do revenge correctly as a writer, understand it, study the work done by myriad psychologists and sociologists. Play devil’s advocate, challenge your characters and don’t knee jerk your conclusions. Your job as a writer is to at least understand all viewpoints to then create the strongest story line you can.

The scope that encompass this seemingly simple genre is rich ground for you to till and plant your story seeds.