The Art of Screenplay Adaptations

Adaptation -  A change in structure, function, or behavior by which a species or individual improves its chance of survival in a specific environment.

In a similar fashion, adapted screenplays are based on pre-existing material or sources and developed for film or television. The most common adaptations range from novels, stage plays, articles, memoirs, non-fiction books, short stories, graphic novels, comics, podcasts, theatrical musicals, short films, proof of concepts, series based on films, and films based on or extensions of series.

The goal of the screenwriter is to transfer and transform the heart and drive of the story so that it not only survives, but thrives in a film or television setting.

At the moment, intellectual property (IP) reigns supreme over Hollywood. Popular content in other forms of media already provide a fanbase and interest for producers to capitalize on. Producers option the rights to these properties in the hopes of securing interest in financing and distribution of the finished product.

One of the main opportunities afforded to feature screenwriters is through open writing assignments, many of which are commissions to adapt pre-existing materials.

For a screenplay to be considered an adaptation, it needs to meet three basic criteria:

1) Based on another source. e.g. Game of Thrones, The Shining, Molly’s Game, The Godfather.

Ways to Adapt A Screenplay 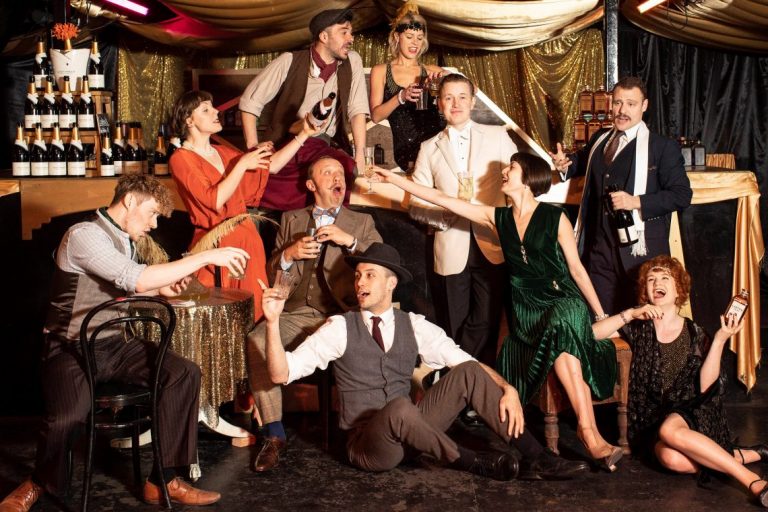 In order to secure the rights to a work not in the public domain, one would have to option the rights to the property. This can be done in both traditional contractual ways, or nontraditional ways like how David Rabinowitz and Charlie Wachtel approached Ron Stallworth’s manager about adapting his story into screenplay form.

In an article with IndieWire, the screenwriting team state that, “reaching out to ask about the rights of a story is the smartest thing you can in the early stages of pursuing intellectual property. This entrepreneurial attitude not only offers you peace of mind, but it presents a chance for you to cement your involvement with the project. It costs you nothing to ask.”

3) Adapt your own work

Some filmmakers shoot a short film as a proof of concept to use as leverage for securing financiers and producers. In order to promote their feature length horror screenplay, director James Wan and screenwriter Leigh Whannell made a 10-minute short film based on a scene from the script. After sending the short to Lions Gate Entertainment, the Saw franchise was born.

This method of adaptation has been a stepping stone from many writers/directors. Creating a short film from your feature demonstrates that your talent is worth a producer’s investment of time and money.

Neill Blomkamp adapted District 9 from his short film Alive in Joburg. Damien Chazelle turned 15 pages of his original screenplay Whiplash into a short film, and it’s acclaim after debuting at the 2013 Sundance Film Festival helped him secure investors to produce the feature.

Aaron Sorkin is a master at framing his narratives. His knowledge of legal proceedings and criminal investigations provides a great window to fit his character’s storylines into.

Screenplays like A Few Good Men and The Trial of the Chicago 7 are structured around the procedural narratives of a criminal trial. Legal proceedings have a routine and normally boring structure to them, so it’s Sorkin’s job to find ways to excite the audience through a careful balance of riveting dialogue and action. 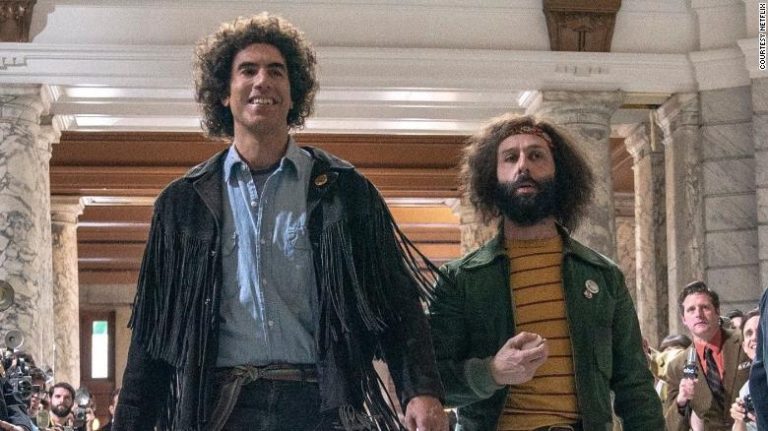 The Social Network is similarly structured around dispositions made by parties involved in the Facebook lawsuits, lending different levels to a Rashomon styled game of truth and deceit. Many times these conversations are woven into the narrative as lead-ins, transitions, shifts, and conclusions.

Molly’s Game is cleverly framed by voiceover, at times bleeding into dispositions through seamless transitions. Ultimately, the voiceover in Molly’s Game isn’t happening within the narrative, but is omnisciently driving it.

Find a New Way to Tell an Old Tale

For a writing assignment in middle school, our teacher asked us to look at an old story from a different perspective. At its most extreme, think Pride & Prejudice & Zombies (thanks to the public domain).

Our teacher used Wicked: The Life and Times of the Wicked Witch of the West by Gregory Maguire and the book The True Story of the 3 Little Pigs! as examples of revisionist stories from the point of views of the antagonists. We see this done well in the adaptation Maleficent. We are brought to understand the motives behind Maleficent’s revenge.

The Coen Brothers achieve this writing assignment perfectly with O Brother, Where Art Thou?, a loose adaptation of Homer’s Odyssey. Ulysses Everett McGill convinces two fellow inmates to make a run for it based on a lie. In their travels back home through the deep south they cross paths with the cyclops and sirens in human form.

By approaching Homer’s epic tale through the lens of the deep south during the Depression era, the Coen brothers were able to bring new life to a tired horse.

There are times when a screenwriter needs to make changes in order to streamline the story. Maybe the main character has an odd number of siblings and that a real life person needs to be cut from the narrative. Sorry, baby brother — but you don’t add to the story.

In this same way, supporting characters are sometimes created or combined from several real life people in order to fill a void. This can be strategic and well done for practical reasons, but it runs the risk of turning into an overused misguided trope, such as the white male savior character who is simply there to aid protagonists of color and/or women. Kevin Costner’s character Al Harrison in Hidden Figures is an example of this trope walking a fine line.

When adapting a story, it is necessary to properly capture the subjects of the work with honesty. The right details can go a long way in making an adaptation not only feel authentic, but is authentic outright. Representation is a huge factor here. 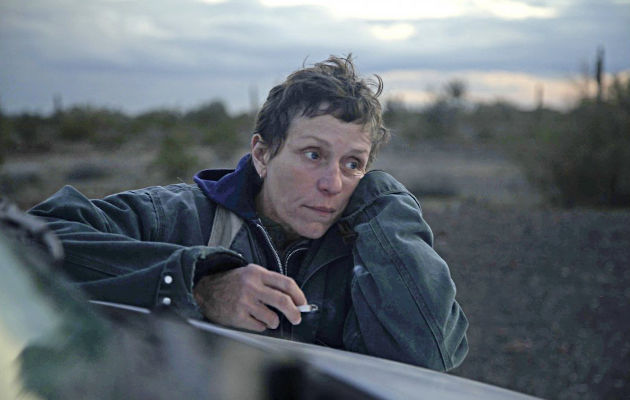 Nomadland, written and directed by Chloé Zhao, is based on the non-fiction book Nomadland: Surrving America in the Twenty-First Century by Jessica Bruder. Zhao’s portfolio is an intimate look at the relationships between humans and the vast natural spaces that either separate or bind them. Her voice is versed in the struggles and successes of the working class, lending a truly authentic demonstration of knowledge on the subjects she’s focusing on.

Sometimes the details gets lost in translation. Stereotypes and over-dramatized performances can lead to a flat interpretation. Much of the critical lament over Hillbilly Elegy, based on the memoir Hillbilly Elegy: A Memoir of a Family and Culture in Crisis by J.D. Vance, has to do with the filmmakers’ inability to accurately portray life in Appalachia. The high profile talent across the board pushed for a more conventional adaptation — which unfortunately can make a project seem out of touch.

The godfather of all adaptations, Charlie Kaufman’s aptly titled screenplay Adaptation, is the perfect example of the liberties screenwriters can take when it comes adapting source material

In Adaptation, Charlie (both the meta main character and the actual writer) grapples with his task of adapting Susan Orlean’s nonfiction book The Orchid Thief: A True Story of Beauty and Obsession. Kaufman uses real life people (including himself) in a fictional setting, already framing an adaptation like no other.

Coming off the success of his latest out-of-the-box feature, Kaufman’s internal monologue of continuous imposter syndrome clashes with the expectations that he created for himself with the success of Being John Malkovich.

While speaking with an executive, Charlie defends his staunch rejection of formulaic storytelling.

Kaufman: Why can’t there be a movie simply about flowers?

Valerie: I guess we thought that maybe Susan Orlean and Laroche could fall in love.

Kaufman: Okay, but like, I don’t want to cram in sex, or car chases, or guns. Or characters learning profound life lessons. Or growing or coming to like each other or overcoming obstacles to succeed in the end. Y’know? The book isn’t like that. Life isn’t like that. It just isn’t. I feel very strongly about this.

Yet, with mounting pressure from studio executives, his novice twin brother, and even screenwriting guru Robert McKee — Charlie’s storyline inevitably devolves into the very drama he wishes to avoid. He’s able to cram in every trope he mentions in a seamless, natural, and novel way — proving that conventions don’t have to be boring.

The purpose of most adaptations is to uphold the integrity of the original work throughout the process of reinventing it for an aural and visual experience. Audiences come with expectations, especially when it comes to properties they know and love. How a writer balances fulfilling those expectations while maintaining a level of surprise and rapture will determine its ultimate reception.