The Films Of Stephen King (Part 2)

This entry is part 2 of 2 in the series Stephen King:

“Stand by Me had a massive influence on me,” said Brooks Elms, WGA screenwriter, independent filmmaker, and world-class writing coach. “I am still struck by an anecdote I heard after King saw an early screening of the film. King quickly walked out in tears. And when Reiner caught up with him, King shared, ‘Those guys were my friends.’ That gives me chills to relate that story. Perhaps the best review Reiner could get for the film. [But the best is] The Shawshank Redemption.”

Michael Grais, producer of King’s Sleepwalkers and writer of Poltergiest, reflected on their collaboration: “Stephen wrote Sleepwalkers on spec and his agent sent it to the major studios to bid on it,” said Michael Grais, producer of King’s Sleepwalkers and writer of Poltergiest. “No studio offered more than $750,000 and he wasn’t accepting that. We had an investor who was a Stephen King fan. We consulted with our agent at CAA for his opinion — and he said pay over a million dollars so there’s no counter from studios. We bought the rights for 1.20 mil. Three days later, we set it up for three times that at a studio that wouldn’t pay more than 750 g’s. We met with Stephen for lunch at a Beverly Hills hotel restaurant. At that time, he dressed kinda like an eccentric country working man (trucker cap, jeans with long chain on his wallet), except for his suede purple Beatle boots. He was very nice, energized and outgoing. We discussed the look of the film, the score he heard when writing and his general excitement that we bought it for the price we did. After that, we hired Mick Garris to direct—a total King fan and a great human being. We were set up on the studio lot in a huge suite of offices with two assistants and started the casting process.”

In May of 1980, Jack Nicholson chopped down the door in The Shining to an electrifying response, sending chills down spines and revolutionizing cinema on an earth shattering level. Nicholson’s crazed face appears on memes and shirts forty-one years later, honoring one of the most-watched movies of all time. Stanley Kubrick made the story his own, ignoring most of the book. Its biggest critic was King, who called described the film as “A big, beautiful Cadillac with no engine inside it” and “cold.”

“He did tell us about his experience with The Shining,” remembered Grais. “The director, Stanley Kubrick, an icon, was writing the adaptation to Stephen’s book. He called him at three AM and his wife handed him the phone. He said he felt like he should run and put on a suit coat to speak to him. Kubrick had one question for him. ‘Stephen, do you believe in God?’ King said he had to clear his head after this question and said: ‘Yes, Mr. Kubrick. I do.’ Kubrick didn’t hesitate and said, ‘I don’t,’ and hung up. That was the only time they spoke. The Shining is a psychological thriller, not horror. If you read the book and see the film, you’ll see the difference in Kubrick’s godless adaptation and Stephen’s book. It’s a brilliant film and book.” 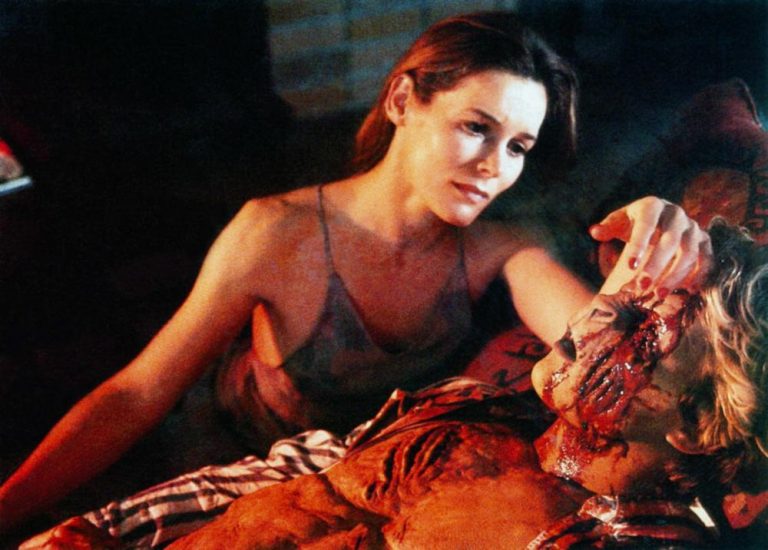 “With my version of The Texas Chainsaw Massacre, there was a bookend to it,” stated director Marcus Nispel, The Texas Chainsaw Massacre (2003), Frankenstein (2004), Pathfinder, Friday the 13th (2009), Conan the Barbarian and Exeter. “In the end, it didn’t make the cut. Erin, the main character (Jessica Biel), is an old woman at the beginning and the end, sitting in a wheelchair. She tells that whole story, which sounded so incredible that nobody could believe it, but now they find evidence that it really occurred, but in any case, at the end of the movie, you see her finishing the story and they wheel her away. The studio felt that it was too depressing. Jay Friedkin, who is a good friend and edited all my early music videos, commercials and also some movies of mine — when I bemoaned that we were losing that, he says, ‘Did I ever tell you that I’ve worked for Kubrick?’ He did one cut on The Shining. After The Shining was screened, he made one cut, that’s all Kubrick wanted him to do. It was to remove the ending and the ending was exactly that: Shelley Devall sitting in an insane asylum. We realized she just told that entire story. It was cut out for the same reason and replaced with the ballroom photograph.”

Reddick continued: “Stand by Me, Cujo and Firestarter really stand out for me, because I feel like they focus on the character dynamics that I love about his work. There are a lot of other great films — Misery, The Dead Zone, The Green Mile, It — that I also enjoy. They’re amazing films, but I’m going by the ones that hit me in the gut… and didn’t just scare me or look good. I know The Shining isn’t on my list. It’s a beautifully shot film, but the Kubrick adaptation tossed out the battle with alcoholism; that was the crux of the story and very human.” 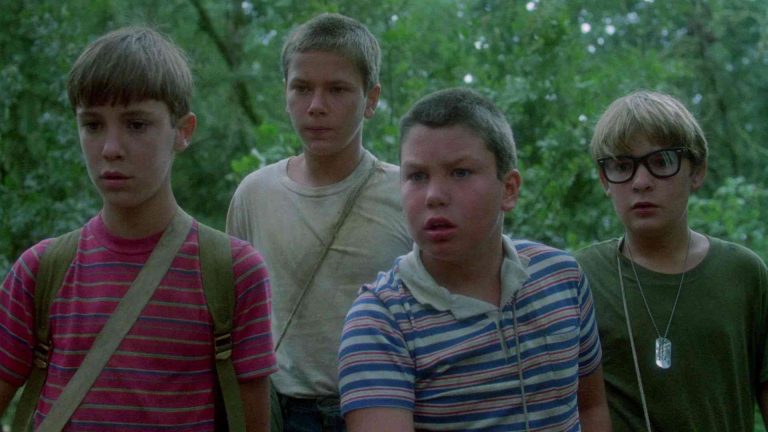 The highest-grossing King movies are It, It Chapter Two and The Green Mile, making $701.7 million, $473 million and $286.8 million, respectively. Money aside, the reason seems to be more than what’s advertised. Bookworms and authors tend to look at storytelling under microscope, bringing the whole trajectory of an author’s career into focus.

“King is a train wreck at plot, but he’s the best there is at just jamming,” said writer, editor and publishing consultant Stephenie Magister. “He taught me the pleasure of forgetting about the point of the story…Some of King’s best work comes from when he’s being brutally honest about how his own struggle with addiction nearly destroyed him. That vulnerability comes through when Roland [from The Drawing of the Three] might decides to turn this junkie into a gunslinger. The banter between these two uneasy allies is so ripe for good actors that I’m honestly stunned the Dark Tower movie didn’t tell that story and leave Jake for later (or just in flashbacks). This novel also started King’s Argument series for The Dark Tower, which is his brief but riveting opening summary of the story up to this point. It’s some of the best short-form storytelling you will ever get from Stephen King. RUNNERS UP: The Long Walk and Bag of Bones. King often shifts between writing thrillers and horror. The difference? In a thriller, we defeat the inevitable. In horror, the inevitable defeats us.”

“I discovered his books when as a young teenager growing up in rural Virginia, and so much of his writing style has permeated my own work,” said Jennifer Brody/Vera Strange, award-winning author of The 13th Continuum trilogy and Disney Chills series. “I love how visual and visceral is horror imagery is. His book On Writing is my favorite writing craft book. I also teach from his stories for my novel workshops, especially when tackling dialogue in novel. It is hands down my favorite — and it’s also his scariest novel by far. Pennywise is terrifying. The dual time frame narrative also does such a nice job ratcheting up the terror as we discover the truth about their past. Only Clive Barker books have ever scared me more than It. I like to think I’m the same way, especially as my work has veered more into horror with my Disney Chills series and Stoker nominated graphic novel. He uses the best tools —fantastic premise, excellent character work, and visual scares that pace out and use all five senses. He’s a very visual writer — almost cinematic — which is why I think so much of his work translates so beautifully to film and TV.”

“My favorite King novel is The Stand,” stated Ossana. “It’s an epic read about the war between good and evil. It’s also a book I would love to adapt into another limited series. I had the good fortune to meet Stephen King and his lovely wife when Larry [McMurtry], my daughter Sara and I traveled to the White House in 2015 for President Obama to honor Larry with the National Humanities Medal. The first thing he said to me was about Larry’s and my collaborative novel Pretty Boy Floyd. He said he thoroughly enjoyed the book and complimented me on my ability to portray the characters’ inner lives. I couldn’t have been more thrilled had the President awarded me a medal. King’s ability to create characters with complex and morally ambiguous motivations, people readers immediately relate to and come to care about, is a hallmark of his horror/psychological fiction, evoking sympathy and terror when those characters’ lives go horribly wrong.” 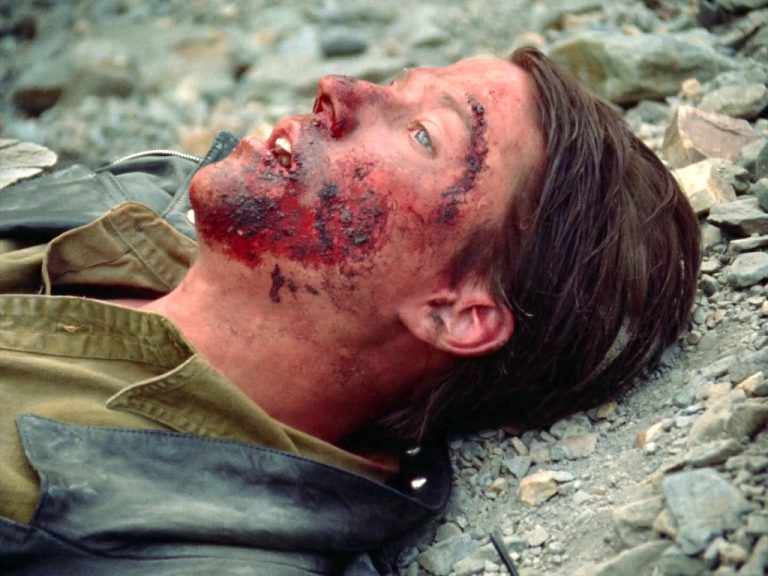 “I was still in high school when I read Carrie,” said avid reader Jim King. “Like many of his novels, I did not think it translated well to the screen. My favorite is Dolores Claiborne. That one is not horror per se, but some bizarre things happen along the way. Like Vera basically handing Dolores a page from her playbook on how to murder her husband and get away with it. A very good book.  Second favorite, Christine. Least favorite? The Gunslinger series. I tried to get into it, just could not. I believe a common theme he taps into are childhood fears and people losing their minds.  He develops the characters so well, they seem real to us and when things happen to them, we are horrified for them.  My favorite film adaptations are Dolores Claiborne, The Shawshank Redemption, Christine and Stand by Me.”

Denke ended on this note: “It would be difficult to imagine a world without Stephen King’s enormous influence on modern cinema.  Try to envision a world without It, Misery, Stand by Me, The Shawshank Redemption, Carrie, The Green Mile, The Shining, The Dead Zone, Firestarter, Pet Sematary or Christine? Some of cinema’s most legendary directors have tackled Stephen King with varying degrees of success; Stanley Kubrick, Rob Reiner, Brian DePalma, Frank Darabont, George Romero and David Cronenberg. King’s stories are so lasting and powerful they easily lend themselves to cinema and TV. His ideas speak to the reader/viewer in the most effective way possible; his characters are relatable. They feel familiar, almost as if you could touch them, as if you’ve known these people all your life. That’s the magic of Stephen King.”