“That was where I learned to work with actors,” said Sam Boyd, about the short film In a Relationship. The short, a rockumentary-style love story, starred Nicholas Braun (Succession) and Dakota Johnson (50 Shades of Grey).

Boyd described this short film as his first real serious attempt to make something with real actors and high production value. Before, he would reach out to friends at NYU and offer to buy everyone lunch in lieu of a paycheck.

“That was where I learned to cut stuff together, how to direct, and I was able to make it into a feature a couple of years later with Emma Roberts (We’re the Millers) and Michael Angarano (Almost Famous).”

“That was a real labor of life we made independently and shot in my parent’s house, and called in every favor.” The labor of life paid off, eventually leading Boyd to make Love Life. In his latest series, Anna Kendrick (Pitch Perfect, Dummy) stars as Darby, where audiences are invited to follow her through an anthology series about first love and lasting loves. 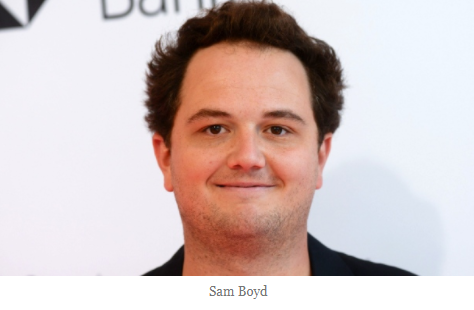 “One of the advantages of making a short film when you’re 15, when most people aren’t making them, you kind of have the advantage of being able to rope your friends to help you out and they don’t know what it’s supposed to be like, so you can make mistakes. That’s really helpful.”

Boyd said you can make shorts as a teenager and learn lessons on how things are cut tougher, how they’re shot, and there’s less pressure than learning on a bigger budget story with someone else’s money and added pressures involved.

“In the case of a small short, you can actually never show it to anyone,” he joked. “I tried to use that time to call in friends who liked movies and begged them to help here and there. As far as what made me feel emboldened to take that next big step, it was the same thing. The stakes are low when you’re younger. When you make things for yourself, you’re trying to learn. You need confidence, but there’s also a certain level of freedom to make something, whether it works or not.”

As for the biggest challenge of making In a Relationship into a feature, Boyd replied, “Raising the money,” but he also had to change some of the devices to make more sense in the feature. “The short was mockumentary style, so there was this off-screen interviewer,” he said. “The talking heads helped the short, but I ended up not needing it for the feature so I got rid of that element. But, it took me time to realize that, so that was a process for me to realize I didn’t need that.”

“It felt like it came in handy in the short film, because we were suppressing so much. I used third-person narration in Love Life as well, as it’s just a way to convey information economically and pack more in.”

In Love Life, the omniscient narrative is used to tell the “complete rise and fall story of a relationship,” which helps establish relationships between couples, update timelines, draw humor, poetic insight, and so on.

“I definitely view it as a big movie, especially coming at it as a writer and director. The way it looks and felt was always at the top of my mind, like thinking about the cinematic nature of it, which is not how all television shows are conceived.”

Love Life was always meant to be a television show. “There was never a movie idea. Before I even had ideas for characters or the world they inhabited, I knew I wanted to break this one person’s story into ten parts of her life, how these people grow and change over time.”

Essentially, he saw the 10-episode arc sort of like chapters from a book, where he each individual episode got its own chance to meet a new love in Darby’s life (or even return to a past love), where episode titles include names like “Augie Jeong” or “Danny Two Phones.” 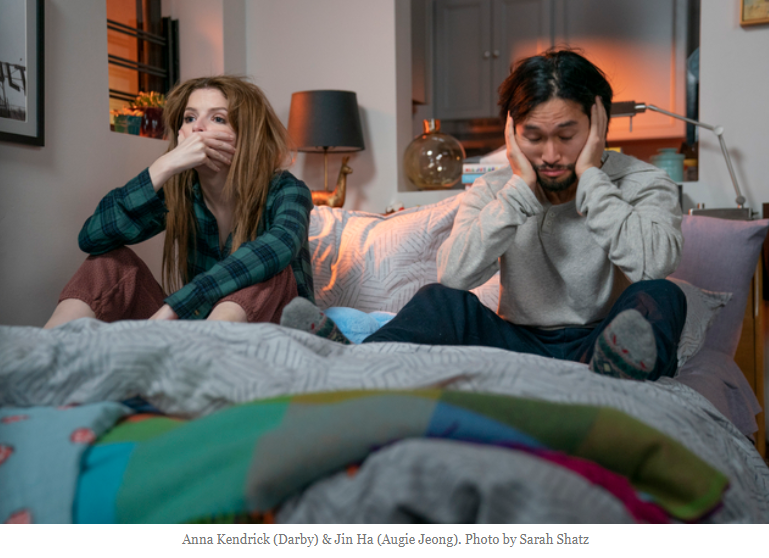 “I was looking at a lot of great examples of ambitious storytelling from the last few years, like Atlanta, Girls, Fleabag and Transparent, so many great examples of people pushing the boundaries and using that real estate in different ways. That inspired me.”

Boyd said, “One of the things I’ve always tried to bring to it, that felt specific to me, is the attention to detail and wanting to try and strip away the plot artifice that you normally see in romantic comedies.”

“So, you can surprise people in an entertaining way, but remind them of their lives, things they’ve been through, and mine that tone of truth and humor of what it feels like to be with somebody, or fall in love, or fall out of love, and keep it that simple.”

Other than a writing credit on Stan Against Evil, the bulk of Boyd’s work focuses on love as a genre, but this is more coincidence than anything else. “One way, I want to make one kind of movie, and the next I might want to make something different.”

“I love so many different things, whether that’s Coen Brothers movies or Tony Scott or Sophia Coppola, or any number of diametrically opposed filmmakers, but I think I have happened into the romantic comedy thing, but it’s about characters and people.”

Underneath the surface, Boyd is inspired by “humanistic filmmakers,” such as Alexander Payne, Richard Linklater, Cameron Crowe, and David O. Russell, where genre definitions can be somewhat limited.

“Over time, I think I’m going to still be interested in stories of character work and authenticity without it being necessarily a romance.” Boyd is already doing a version of this with a few episodes in Love Life, discussing love between family and friends.

“I want to change the definition of relationships, in terms of what we’re looking at in the show. All of that is to say, I’ve worked in romantic love, but I want to explore as many facets of the human experience as possible and not just romantic love.”

To understand and uncover these stories, Boyd uses the Notes app on his phone for everything from minor details to major plot points. “Often, I don’t even use it or have a place for it, but that’s where stuff starts for me.”

“Eventually, if you’re lucky, something might start to coalesce where I end up with a Love Life tab in my Notes app. I wrote the pilot by myself on spec before we pitched it. That was a process closer to how I have done things historically.”

Boyd sees much of his work as character-driven stories where the outline is less important and it’s more intuitive in nature. “The outline would be kind of boring anyway,” he joked. “I wanted to find it as I went, which worked for the pilot.”

Beyond the pilot however, the outline became necessary for the full anthology. “I learned so much from Bridget Bedard (Mad Men, Transparent) about how to arc a season, break story, and make television, because that wasn’t something I had ever done before.”

“All of a sudden, I went from being a person who didn’t write outlines to the kind of person who is working with a full TV writers’ room and wanting it to be as open as collaborative as possible, but also writing outlines that need to get approved by networks, and the levels and layers of that.” 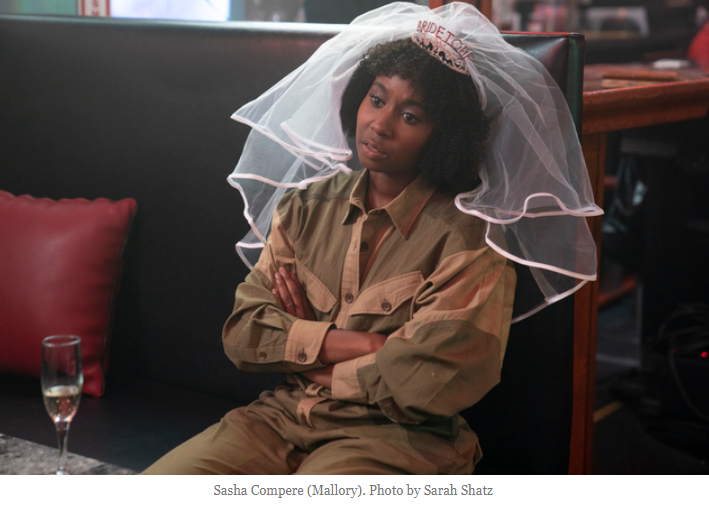 In the past, pilot episodes really need to present the full picture to audiences, but today, some audiences are given larger windows of their time for a show to land.

“On the one hand, I think people are more impatient with shorter attention spans – myself included – but at the same time, people will watch 9 hours of a television show straight because a friend says, ‘It gets great in Episode 4 or Season 2, or whatever.’”

“It does seem like some people have the patience to live within a show and wait for it to get good. I think with Love Life, I wrote the pilot on spec and I was proud of it. But as proud as I was of it, the show only got richer and deeper and better from there as I started to collaborate.”

For a long time, Boyd felt like he put everything he had into the pilot, but that was clearly just the beginning. “It got me there and got me this opportunity, but that was just the starting point in a way I didn’t realize until we made all ten episodes, looked at what was working, and wrote based on actors, and things you don’t see until you’re shooting.”

“In the same way I was talking about taking pressure off myself with shorts, where I made a ton of bad shorts that didn’t cost any money. When I was ready to put money into it, I had less pressure. The same is true for writing. For a long time, before this script, I was always writing something. I wrote things that never went anywhere, but something clicked with Love Life.”

“I think writing on spec is important when you’re starting out, because when no one knows who you are and you’re just writing treatments, it has to be the best idea of all time, like Groundhog Day or some huge high-concept thing to get anywhere. Where, if you write on spec, you are putting your money where your mouth is, showing them your idea works, and in addition to the spec pilot, I had a Lookbook-bible, so there was something I could point to and say, ‘I’ve done this work and I’m trying to show you there’s a real series here.’”

“With Love Life, I was writing a movie at the same time that I thought was the greatest thing ever, where Love Life was on the side, as more of a writing sample. But, basically, I think that’s why it worked. I wasn’t writing for other people. I wasn’t writing it to be ‘the thing.’ That’s a shortcut to it being overcooked and overthought, even if I think I’m writing it for myself. I got really lucky that this movie I was writing led to Love Life, which is something I wrote thinking no one would ever see it. That’s why it worked.”