The Power Of Westerns (Part 1)

This entry is part 1 of 2 in the series Westerns:

Then, depending on who you ask, genre-fatigue, changing social values, and/or movie tastes led to the western becoming an afterthought – if any thought at all was given to the genre. Films like Easy Rider, Cool Hand Luke, the James Bond franchise and television like Star Trek lured audiences away from westerns and they’ve seemingly never come back.

Do successful TV shows like 1883 and Yellowstone, each different in their approach to the western, signal a change in taste? Could Outer Range reflect a new hunger in audiences for some of those western themes transported to today’s world and subverted by a combination of genres? 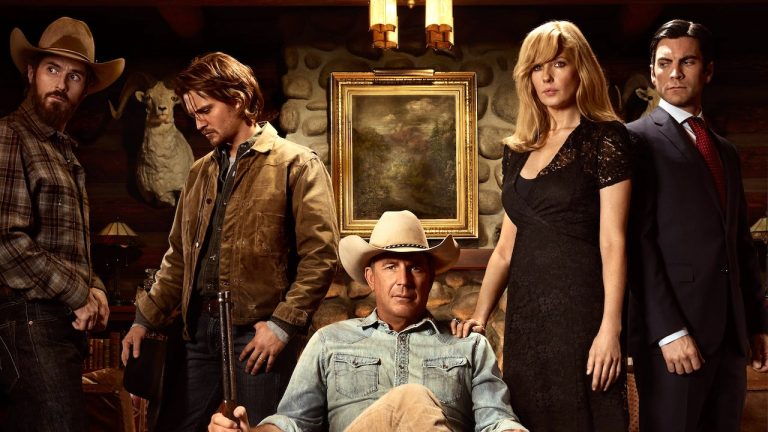 There is no denying that content is being created and consumed at a record pace. Part of that process is coming up with something different. A unique world, theme, character, etc. that can carry a series or engage a movie audience.

Westerns and western themes look very viable at this point.

Let’s identify a bunch of ways to go at tapping into the current desire for these unique perspectives:

Movies like Silverado, The Unforgiven, and Tombstone present a classic western motif. The land in these films is still massive with civilization just starting, and the stakes are life and death in this unforgiving tapestry.

A recent modern homage to this classic style is a prequel to Yellowstone. 1883 has a wagon train, big land, and evil waiting to tear you into pieces. The urge to settle the west, to find their place in the world pushes the 19th century Duttons, to go west with all the stark beauty and danger inherent.

News of the World and Hostiles use the west similarly with all that implies. Both have a classic western format of traveling across inhospitable lands to deliver someone or accomplish something. Nothing better than a road trip to use as a structure to hang some wonderful set pieces on – and even better is a gauntlet of danger around every milestone.

Also, you get some truly wonderful themes to work with.

True Grit, 3:10 To Yuma, and The Magnificent Seven are all remakes of classic westerns and all did well at the box office. We, as independent writers, don’t have much opportunity to partake of this scheme since intellectual property rights are always an issue, but how about an “homage” with a revisionist spin like Django Unchained which is fundamentally a descendant of the Sergio Corbucci film Django.

There are so many tropes in a western: horses, hats, cowboys, robbers, guns, gunslingers, cattle barons, saloons, etc. that at least some of them can be transported into a modern milieu almost intact to give your audience a sense of the western without actually putting the story in the 1800s.

Longmire, Hell or High Water, Lone Star, Red Hill, and No Country For Old Men all have larger-than-life heroes (and villains) in a western motif.

Walt Longmire lives in Wyoming (lots of land), deals with a sometimes hostile Native American group, sports a stetson, carries a Colt 1911 six-shooter, and a Winchester 1894 rifle. He ranges over an entire county as the only law for miles in his faithful steed, his 1996 Ford… Bronco. Ahem. 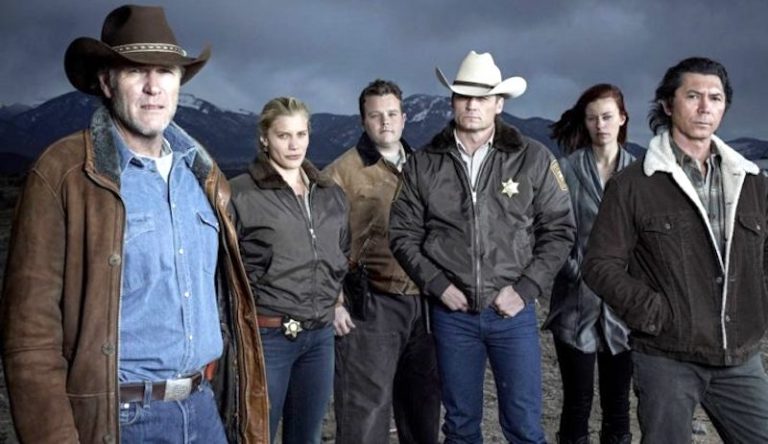 Raylan Givens of Justified has the hat, the guns, the twang, the laconic dialogue style, and can shoot the eyes out of a buffalo nickel faster than you can say “draw!” Neither he nor Walt Longmire would be out of place in Dodge in 1885.

Hell or High Water has similar costuming and armory, and follows a posse consisting of a sheriff and Comanche deputy chasing down two bank-robbing brothers across today’s West Texas landscape.

A series based on the fabulous books by Tony Hillerman will feature a welcome twist on the lawman aspect, but the western hit parade of tropes will be there.

Besides broad categories, the area of storytelling for westerns and western-themed stories is as big as the land it covers. Multiple types of characters and based-on stories abound.

High Noon starring Gary Cooper was meant as an allegory for Hollywood blacklisting as the cowardly townspeople refuse to help the Sheriff defend himself from outlaws. Robert Aldrich’s Vietnam allegory Ulzana’s Raid, and Jim Jarmusch’s Dead Man which allegorically overlays both environmental destruction and the unfair treatment of Native Americans are more recent examples as using the western as an overlay for deep themes.

The recent Power of the Dog took the western to the very end of the Wild West era and gave us an unusual protagonist and antagonist. In 1925, civilization has a firm foothold in the west although ranches and cowboys still reigned. Gay cowboys, however, were not exactly de riguer for any western save the modern-day Brokeback Mountain. 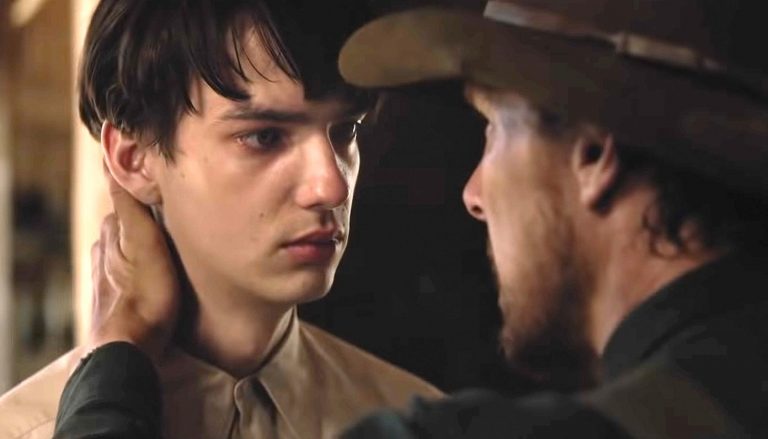 Peter Gordon (Kodi Smit-McPhee) & George Burbank (Benedict Cumberbatch) in Power Of The Dog. Photo courtesy of Netflix.
How about comedy in the Old West? Classics like Support Your Local Sheriff, The Scalphunters, and of course Blazing Saddles show us the way. Modern day versions include Shanghai Noon, The Ridiculous Six, and A Million Ways to Die in the West.

Red Sun starring Charles Bronson and Toshiro Mifune featured a gunslinger and a samurai well before Shanghai Noon. The Lone Ranger TV series had the titular character paired with his Native American sidekick. This was reprised in the 2013 remake with Johnny Depp and Armie Hammer.

Two Mules for Sister Sara has the laconic Clint Eastwood paired up with the out-of-the-box Shirley MacLaine as a nun on the run. This type of odd-couple pairing is seen more recently in Slow West starring Kodi Smit-McPhee (The Power of the Dog) and Michael Fassbender.

Sci-fi westerns? Cowboys and Aliens and the newly released Outer Range which at this writing is being dripped out weekly so what’s happening is not yet clear, but whatever is in that hole sure ain’t normal.

Outland starring Sean Connery was always High Noon in outer space which shows that western themes that  are transported almost anywhere make a lot of sense. Firefly, the series and movie, of course made no bones about putting the crew in western-type scenarios. The only thing that was missing on the spaceship Serenity was a spittoon. The Mandalorian also has a wholly wild west-themed backdrop on another planet.

The smash hit Westworld TV series features the west as a backdrop for the theme park (and themes) both in its original 1973 movie form starring Yul Brenner, and current iteration as envisioned by Lisa Joy and Jonathan Nolan.

Although not aliens per se, Bone Tomahawk and The Wind mixes the western with horror to creepy effect.