“We All Have Our Demons” Jeff Astrof On ‘Shining Vale’

If the iconic horror film The Shining and famous author Jane Austin had a TV child, it would be called Shining Vale. Co-creators Jeff Astrof (Trial and Error, In-Laws) and Irish Comedienne Sharon Horgan (Catastrophe, Pulling) went to work to add credence to the hypothesis that the symptoms of depression and possession are indistinguishable. Horgan pushed the pointed idea that this is twice as likely to happen to women than men. 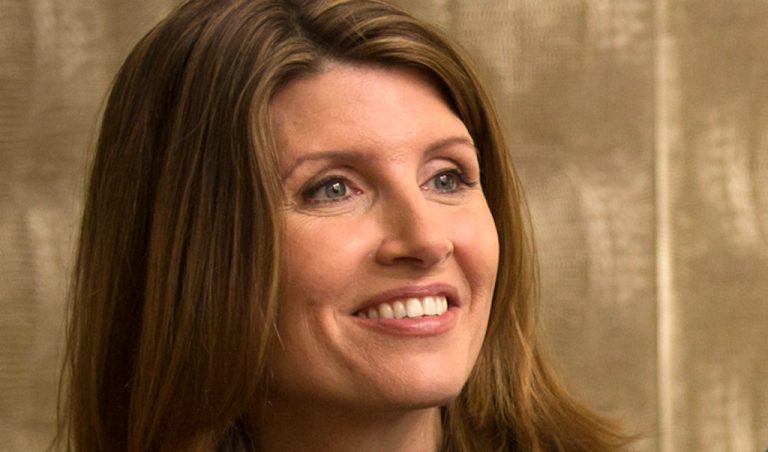 The idea of a genre-bending comedy of a dysfunctional family moving into a haunted house originally came from Horgan and Astrof pitched it to his home studio Warner Bros. Initially, Warner Bros’ executives scratched their heads because the considered the idea to be somewhat anti-women. “After I told them it was Sharon’s idea, they immediately loved it!,” said Astrof.

Finding A Home For Non-conforming Genres

Built on the idea of a non-genre-comforming show, they had some initial difficulty in gaining traction. “Sharon wanted to create a new genre that was both a comedy and made you shit your pants – the shit-com and I wanted to create that never before seen show,” said Astrof. Since networks are looking to compare new TV show concepts to existing ones, the creators had great difficulty in finding a home for Shining Vale. It was neither pure horror or pure comedy.

Horgan and Astrof went to work. “We saw an article about menopausal schizophrenia in The New Yorker which captured the spirit of the show.” They brought the article to the pitch meeting. 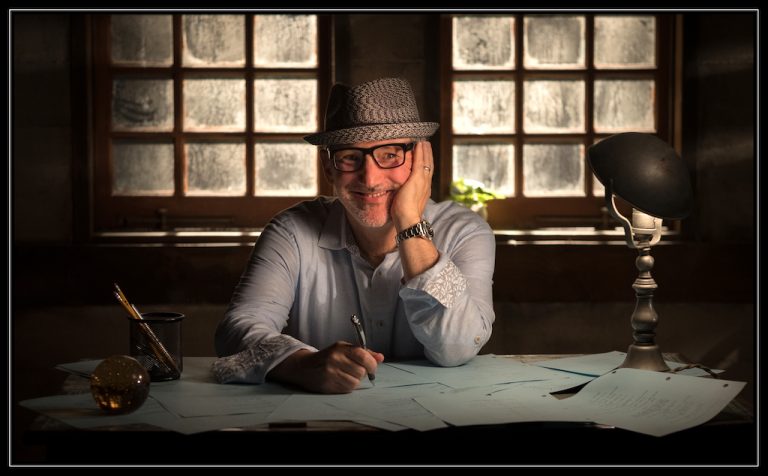 “We first pitched Shining Vale to Showtime and developed it there for some time,” Astrof continued. Showtime executives incorrectly assumed that Sharon Horgan was going to star in it, so that deal fell through. “Starz was looking for women-centered programming that was outside the box.” A supportive home was finally found. Jeff Astrof iterated that, “You should always go with the network that wants your show the most.”

Team Horgan and Astrof pitched the entire season and a possible second season to demonstrate that the show had legs and Shining Vale was finally set up.

Shining Vale centers on patriarch Terry Phelps (Greg Kinnear) and his wife Pat (Courtney Cox) who writes erotic, female-empowering novels; a far cry from the realities of her own life. “Originally, Pat’s character was written a little bit younger in her forties and the character of Rosemary (Mira Sorvino) was more like the devil on her shoulder. We didn’t know if she was real or not. The casting was also key to the age of the characters. Once Courtney Cox was cast as Pat, a fifty year old has a different story than a forty year old, and that influenced the story.”

Sharon also wanted to make the show a little bit darker and Jeff wanted to focus more on the family angle.

There was also the love story between Rosmary (Mira Sorvino) and Pat that needed exploring. “We made Rosemary a fifties housewife because we loved the feminist elements in her character. How would a fifties housewife function today?” Mira Sorvino was most interested in Rosemary’s redemption story. “She wanted Rosemary to have a good heart despite having a bad character. We made her a victim like Pat to make her empathetic.”

“Since Shining Vale was based on The Shining, we made Pat a writer. We can see why she would sell her soul to overcome writers’ block.”

It’s All In The Tone

There is inherent difficulty in genres that can’t be easily categorized. “It’s all in the tone,” said Astrof. This problem was exacerbated when they couldn’t easily compare Shining Vale to other television shows. Then they had to present the controversial idea of Pat being possessed or depressed with similar symptoms without overly upsetting the audience. You can’t push too far or get too goofy or you risk losing them altogether. 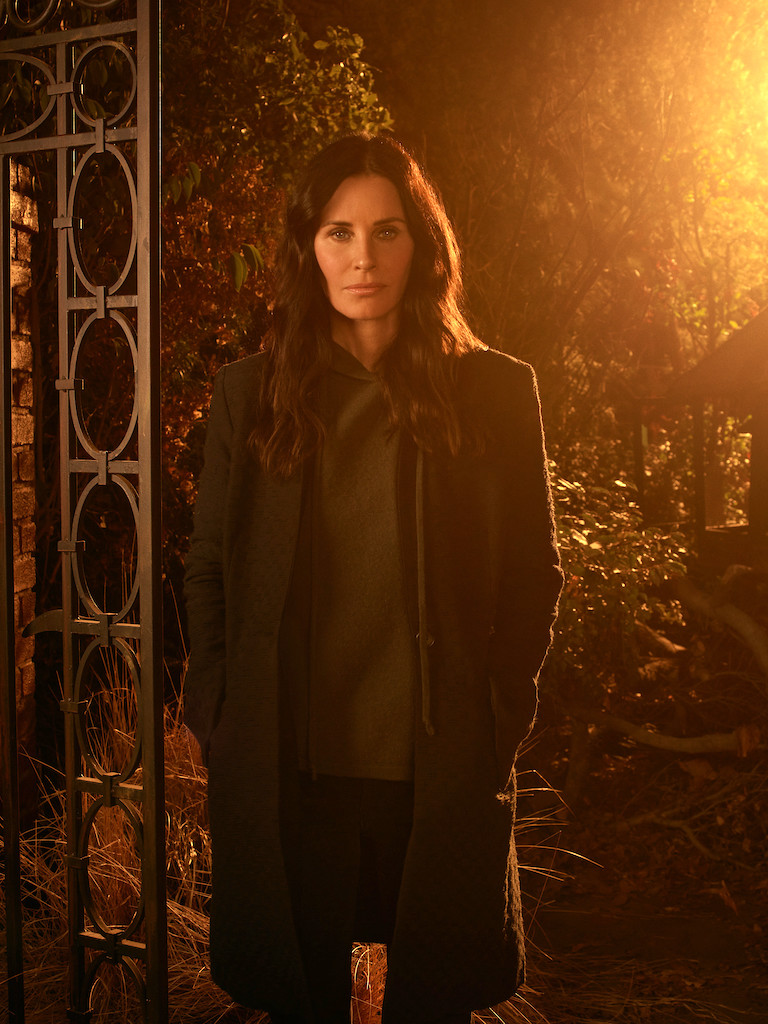 Christina Davis (formerly of Starz TV) said, “You’re balancing on the head of a needle because you can’t make fun of mental health. You want to be respectful to it.” Sharon was attached to the notion of creating a “comedy that was truly funny because when you scream, you also laugh.”

Comedy, like horror, plays better when the stakes are raised. “The stakes in Shining Vale were raised by pitting Pat’s soul and her family.”

When shooting began, Greg Kinnear asked whether Shining Vale was a horror or a comedy. “Neither,” replied Astrof “It’s a family drama. It’s built like a horror, but written like a comedy.”

There was an element of Pat Phelps that was inspired by Jeff’s life. “I’m past a certain age in a marriage with kids, so I could relate to Pat.” Jeff Astrof spent most of his career writing sitcoms so the character stakes were as high as sitcoms would allow. He really delved deep into his own life to write Pat’s character. There wasn’t an issue with a man writing a female character.

The characters in the show are in a state of flux. “The cement isn’t hard yet, so you don’t know exactly what the characters are doing next year.” This anxiety and tension of the unknown was weaved into Pat’s character and escalated by the possibility of being mentally ill or possessed. Pat has also realized that her most creative years are behind her so her follow up novel will likely not be as good as her first.

Team Astrof and Horgan don’t shy away from deeply flawed characters who are often passed off as unsympathetic. “Pat, on paper, is an objectively unlikable character. She swears far too much.” Astrof added that swearing is a symptom of both mental illness and possession. “Pat has an affair, she swears a lot, and she’s an addict,” yet the audience still empathizes with her. “Greg [Kinnear] asked me why Terry [his character] stays with this women and I responded, ‘Because you love her and she might be sick,‘” continued Astrof. This is carryover from Jeff’s sitcom days where flawed characters are so lovable the audience sticks with them.

“By making Shining Vale a love story between Pat and Terry, you want to give the audience something to root for in the Phelps family to offset their unlikability. The Phelps are victims of possession, depression or circumstance. They’re not deliberately mean-spirited unless they’re reacting to an emotional wound. The characters are honest, understable, and non-gratuitous… so you’ll forgive them.”

Shining Vale was more than a pet project for Jeff Astrof. He was attracted to the idea of “sitcoms that make you cry like Cheers, Mash and All In The Family.” Making his audience cry is a sign that he’s done his job well in his mind.

Jeff Astrof applauded Sharon Horgan for challenging him as a writer. “She told me not to go for easy jokes. Make it dirtier and grittier. She gave me a lot of notes and vice versa.“