Dramatic writing is generally considered the most elusive of all the literary disciplines. It’s slippery, it’s unpredictable, and it’s hard to pin down. The ability to utilize structural technique on a partially-formed story is a crucial part of making scripts work because you have to dramatize the story, adapt it for a theatrical presentation, whether that’s film, television, stage, or digital content. So you’re bringing precision tools to bear on a living, evolving, organic story. But how do you actually do that? How do you grab hold of a story and steer it or shape it?

It’s interesting to look at how other disciplines do this. You see it in medicine with high-tech equipment brought to bear on a little-understood new disease. In astrophysics, a theoretician utilizes cutting-edge mathematics as a central component of thinking wildly outside the box to explore new ideas. My grandfather was a chief engineer at Kellogg’s, building factories all over the world. He said one of the first things they had to design was a machine to grab each kernel of corn and extract the germ of oil because it goes rancid and ruins the flavor. Think about how you’d make a machine that can grab a kernel of fresh corn and pluck a tiny globule from its base, and to do it reliably on billions of kernels over decades. No easy task. 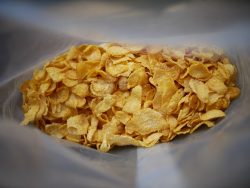 Part of the trick with this process in writing is to precisely define your terms. This gives you a constant in a sea of variables and helps grapple with partially-formed stories, which can be like grabbing smoke in a bucket. Precision use of the tools gives you a set of claws and teeth that help you get an edge. In my apprenticeship program for scriptwriters we constantly build scripts using seven powerful tools, each of which is extremely specific.

One tool is to trap our protagonist in a Dilemma of magnitude. A Dilemma forces a choice between two equally unacceptable alternatives which paralyzes our protagonist, who truly can’t choose in either direction. Did you ever have to choose between your spouse and your best friend, so that if you choose one you lose the other? It’s a serious situation and you don’t want to lose either one, but they’re both adamant and demand an answer. There is no right answer. You genuinely cannot pick either way, and you’re stuck.

Say that we’re developing a script about a reformed safe cracker who has sworn to never do another crime but gets offered a job with a massive payout that would be stolen from his mortal enemy. He’s vowed to his new wife that he will never crack a safe again and he can’t trust those who would be his partners, but this enemy murdered his last wife and got clean away with it. Now our guy has a once-in-a-lifetime opportunity to strip all his enemy’s wealth, the only way to get back at him. Our protagonist is damned if he does the job and damned if he doesn’t, and he’s truly short circuiting between these two equally painful choices. Because we care about him, it’s compelling to see him torn in this way. We experience his emotions.

The precision involved with this tool is that the two unacceptable choices must be equal. If one way out is easier than the other, then you have a path of least resistance. As you build and amplify the Dilemma while developing the story, you must keep them equally unacceptable so that it remains impossible to choose.

In Training Day, look at how Jake Hoyt (Ethan Hawke) is trapped for most of the movie between his ambition and his moral compass. It’s not until he makes a Decision and Action in the face of Crisis after Alonzo (Denzel Washington) tries to have him executed that he has made a concrete choice that thrusts him into a fight to the finish with Alonzo.

But not all tools are designed to help you control the material. Often they just help you ride its natural force and steer a bit to maximize the experience. Having boogey boarded 25-foot waves in Hawaii, my tools were a good boogey board and fins. I could swim fast enough with the fins to catch the wave in its sweet spot, and with the board I could cut into the wave to maximize my ride. The tools did not in any way enable me to master or control that 100,000-ton wave, but I could get right in it and work it for an electrifying ride. Isn’t that a lot like how it feels to tap into the driving energy of a truly great story?

This ability to ride an idea is crucial to working in the creative chaos of starting an idea from scratch. It can be a time of explosive creativity, with cascading arrays of story possibilities, adventurous play, and intuitive exploration. The more powerful your tools and craft as a dramatist, the more fearlessly you can chase your ideas with reckless abandon. You know that no matter where the story takes you, you can probably make it work. You want to be in over your head. If you’re not in trouble as a storyteller, then you’re just playing it safe, making easy choices that the audience has probably already seen.

Tools can help you stay oriented. When I wiped out on a monster wave and was getting massively whip-sawed and rag-dolled underwater, I was okay when it ended, because even though I had absolutely no idea which way was up, the boogie board strapped to my wrist floated up, pointing the way to air. A simple enough function, but look how crucial a compass can be to a hiker lost in the woods. 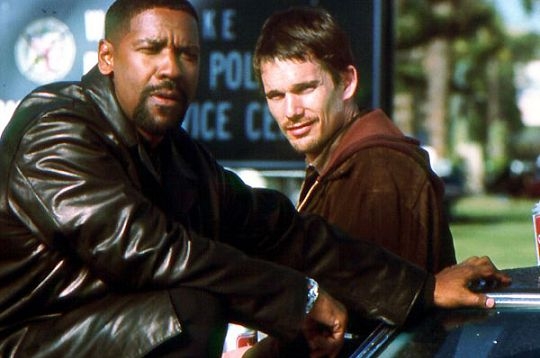 The tool, the 36 Dramatic Situations, can be extremely helpful when you’re in the furnace of white-hot story creation. The 36 Dramatic Situations are elements that all stories are made of, like Madness, Disaster, Ambition, and Rivalry of Superior and Inferior. It can help identify elements that came with your story’s raw material, and it can help experiment with new story elements that might expand on the story and amplify its raw power. In Training Day, Jake is extremely ambitious — in fact that’s why Alonzo chose him. Jake’s ambition is very strong, and it cuts both ways; his drive to clean up the streets vs his temptation to cut corners to get ahead. How deep is that Ambition and how strong is it when faced with Alonzo’s Madness and Disaster? An Enemy Loved is central to that story because Jake idolizes Alonzo and Alonzo uses that against him. But Jake also knows more and more that he’s a serious enemy. It amplifies Jake’s dilemma even more.

Pretend that you’re writing Training Day and look at it through the lens of the situation, conflict with a God. Who is the god in this arena? Obviously, Alonzo is the local deity, but just how powerful is Jake when push comes to shove? How will Jake resolve his dilemma between his ambition and his moral compass? Which one will win out? Rivalry of Superior and Inferior is very active in that story, but how far can you take it? In what ways is Alonzo superior and how is Jake superior? Why? What’s the most dynamic way to play out the story? How do you maximize the raw power of the story and the inherent contradictions within Jake? In this way, you are receptive to the great raw material in the story, and you can use the situations to steer it and shape it and dynamite it to amplify its power.

Another way that a tool interacts with the story material has to do with separating the Necessary from the Unnecessary. Scriptwriting is an extremely stripped-down literary format, and anything which does not directly move the action forward just weighs it down and kills it. So by working backward from the ending and chaining back from each Effect to its Cause, you’re able to create tight Cause and Effect.

At each step you only want to know what caused a given effect, rather than what merely happened before it. In this way A causes B which causes C, and you have tight plotting, an essential part of a script that works. This is an example of a tool really cutting into and shaping the material by stripping away the dead wood and letting its strengths operate unhindered.

The more precise you can be with the tools and techniques, the more you get a grip on slippery aspects of a story. If you can stop it in its tracks, then you can adjust it and improve your story. Like a bike mechanic truing up a wheel so that it spins without wobbling, you can affect various parts of your story, building up its strengths, flow, coherence, clarity, and intensity, while gradually correcting its weaknesses, flaws, and trouble spots.

The tools create certain distinctions, and you want to utilize those distinctions for mechanical advantage. For instance, here’s the best way to get in touch with the theme that’s emerging organically from your story. The way in which the protagonist resolves the dilemma expresses the theme of the story. That which is organically being said by the story comes through at the point where the protagonist conclusively resolves the central challenge.

For example, in Tootsie, Michael Dorsey (Dustin Hoffman) resolves his dilemma by becoming honest, whole, and solid as he tries to win back Julie (Jessica Lange). This points like a compass at the theme of Tootsie — that becoming a woman made a man out of Michael Dorsey. The distinction that gives you this clarity is to look at Michael’s resolution of his dilemma, and to look at the way in which he resolves it. There you can put your finger on theme. Even if you’re unable to articulate it then, you know it emotionally, you know it in your gut. Then you can stay focused on that as your understanding gradually gels and then crystallizes.

You use that handle as a powerful tool that affords you a grip on a notoriously slippery object. As each tool gives you a different way to grab the story and shape it, both centrally and subtly, you gradually structure the story to make it work dramatically. No matter how clever a story, if the audience doesn’t like it then you’re dead in the water.  The tools help you make crucial distinctions, which add clarity, insight, and impact as a storyteller. You don’t want to muddy those distinctions every time they become inconvenient because then you lose their power. You need every edge you can get trying to make a living turning stories into actable performances that will grip an audience.