There have two American presidents impeached in recent history. Bill Clinton was one of them in 1998 following a torrid affair with intern Monica Lewinsky. The key players in the saga are Linda Tripp (the White House aide who secretly taped her telephone conversations with Lewinsky as they discussed the affair), Paula Jones (the attorney who filed the lawsuit against President Clinton), and of course Monica Lewinsky herself. Inspired by the novel A Vast Conspiracy: The Real Story Of A Sex Scandal That Nearly Brought Down A President by Jeffrey Toobin. Screenwriter Sarah Burgess (Compliance) set her sights on a TV series surrounding these events.

American Crime Story follows an anthology crime drama TV series format – the first covering the trial of O.J. Simpson and the second the murder of Gianni Versace. The third season tracks the impeachment of Bill Clinton. We asked Burgess on her take on the story. “This is largely a legal drama desperately finding ways to pursue charges against a sitting president,” said Burgess. “It was an interesting challenge to take this emotionally-complex, anxious, painful and melodramatic at times, story using the tools of a crime drama which is the backbone of the anthology series.”

When Sarah Burgess took her first pass at Impeachment, it was “a messy character sketch of Linda Tripp (Sarah Paulson).” The writer mined Tripp’s character to explore her pain at the beginning of the show and search for a motivation for her actions. “She [Linda] unleashed the ensuing legal drama and chaos following her actions.” 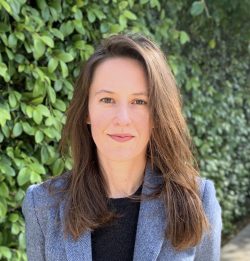 Following Tripp’s firing, Burgess used intrigue to bring together the various elements of a conspiracy to tell this story. “By episode 6, Impeachment becomes a story about law enforcement intruding on someone’s life.”

We asked Burgess about the timeliness and current relevance of events that happened over two decades ago. She believes the story stands on its own regardless of when it occurred. “I started writing it as a backlash to the #MeToo movement. The role and status of women in society still isn’t on an upward trajectory despite progress.” The passage of time allowed for a different perspective of the events beyond the scandal.

More importantly, Impeachment examines the nature of workplace relationships and the abuse of power by senior staff.

Impeachment engorges itself in the nineties. It’s both a lesson in history and nostalgia. “There’s pleasure in high drama in an aesthetic that feels goofy to us,” Burgess added. It’s more immediate because “you’re depicting trauma and tragedy which is heightened because you’re following characters as events unfold.”

Despite the sensationalistic nature of the story, Sarah chose fidelity over salaciousness to tell it. “Sometimes I discard pleasure and entertainment for facts. Either it’s something that feels emotionally true to a character or it’s something that I know is true.” Ideally, it’s a mix of both especially if you’re writing about real people’s lives who are still alive.

Burgess also pored through over five hundred pages of Grand Jury testimony as part of her research. Much of this is boring and procedural so she had to reduce them to a few scenes. “I selected a few sections of the testimony to create a scene to express the jury’s absolute hatred of Linda and her desire to be heard in an impossible situation.”

There are about fifty books written on the subject. A Vast Conspiracy was the first book that Burgess read. “Toobin focused on the lawyers’ point of view. I did not focus on that, but used it to get a legal grounding of the events.” Burgess also read the memoirs by Lewinsky and the Clintons outlining the events. “My job was to pull from all those sources in addition to the official documents and press articles.”

Such a rich story touches on a range of themes beyond women in the workplace. “To me it’s a story about anxiety, fear, and desperation, especially from Linda’s perspective.” Burgess likened the power dynamics in the scandal to those in Othello. “I wanted to explore the internal cost of being invisible [for Linda] because that anxiety has nowhere else to go.” Themes of abuse of power, sexual politics, scandal, and betrayal serve as a backdrop for these key emotion themes.

The key female characters, Monica, Linda and Paula worked in unison to fight the established political and media power structures. “Paula does something that Americans do every day – file lawsuits.” She’s a cultural and legal force. “I wanted to explore how publicity and media harassment adversely affected their lives,” continued Burgess. 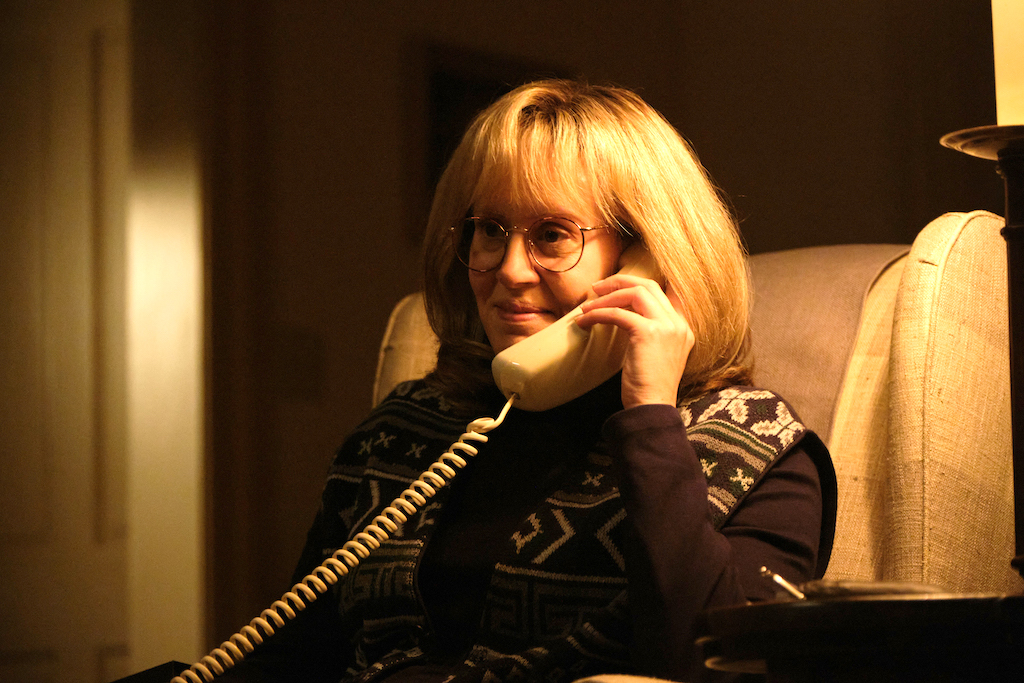 Sarah Burgess wasn’t interested in shaming to Monica or trawling through her past to make her somehow responsible for the situation. That’s why she looked to Tripp to drive the main narrative. She didn’t want to portray Monica entirely as a victim or Linda as the ruthless villain. Burgess understands how an intern can fall in love with their charismatic and powerful boss. It doesn’t defy understanding. It’s not clear why Clinton took such a reckless risk or why Linda Tripp secretly recorded hours of phone calls with a vulnerable and impressionable person. “I don’t think Linda was a terrible person. This was the worst time in her life and she acted irrationally.” Burgess found Tripp to be funny and smart, but lacking in self-awareness at times. “I didn’t try to make her likeable or pitiable.”

Monica suffered at the hands of a brutal media and judgemental public. “She courageously began the heroic feat of re-emerging as a public figure and retelling the narrative.” She never really left the zeitgeist. After the events, she wrote a searing memoir called Monica’s Story. “You feel her pain when you read it,” said Burgess. Putting the audience in Monica’s shoes was Sarah’s aim. Her research into Linda Trip also revealed that she was far from the callous calculating opportunist she was often represented as being, “I revealed her oddness and funniness.”

Monica Lewinsky read every Impeachment script for comment. “She would give notes on every page.”

A difficulty in the show was writing the scenes where Linda wired herself up to record her conversation with Monica at lunch. “It was tricky because they both lied past each other.”

“In conclusion, I had to leave the story in an unresolved place and create empathy with Monica. I wanted the audience to understand the immense pressure some people are under in such situations.”

Monica displayed a lot of clarity, maturity, and wisdom in terms of getting through hard times. “She’s emotionally direct. She draws you toward her. She’s magnetic.“