This entry is part 1 of 2 in the series Mental Health:

We’ve all seen those tense scenes in films and TV shows where someone has a mental meltdown in a parking lot or is talked down from the ledge just as they’re ready to leap. While these scenarios makes riveting film and television drama, they represent the extremities of mental health challenges rather those we witness more commonly in everyday life.

The reality is that the majority of mental health issues among communities such as anxiety and stress are more common and pervasive and are often hidden or concealed. Left unaddressed, these may manifest as those nail-biting scenes on our screens.

Dr. Kooler began his discussion with stating the stress suffered by all of us during the pandemic – even the most resilient and stoic of us. “The general stress and anxiety of living in an environment where we don’t know what’s going to happen next cannot be understated,” he said. “We’ve been isolated, concerned, and yanked away from our familiar work and school environments.” 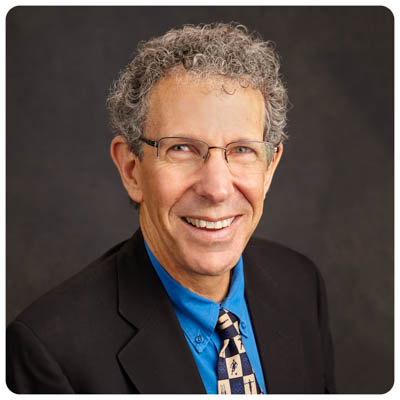 In order to normalize and accept this psychological burden, we must acknowledge that we’ve all been through it. It is not an over-reaction nor a sign of weaknes. Stress and anxiety manifest in a variety of ways such as mood swings, panic, unfounded fears, depression, trouble sleeping and concentrating, and inappropriately lashing out. A loss of interest, or the forced cessation of typical activities, is one way writers can depict the start of stress and anxiety in their characters on screen. People don’t go from zero to off the charts in a single step.

The pandemic has induced these behaviors in people who rarely exhibit them, but also exacerbated them due to underlying socio-economic issues. These underlying factors provide fertile creative ground for writers to create their stories.

“The layers of this public health emergency are layered with issues of systemic racism, social inequality, and policing issues. People have dealt with these stressors in a variety of ways,” he continued. “In addition to our lives been upended, people haven’t been outdoors enough to breathe fresh air, they haven’t been exercising or eating well.” Attention to mental self-care can help us recalibrate our wellbeing as we gradually resume our lives.

Humans are inherently social creatures and a large part of our mental wellbeing relies on our interactions with other humans. While some of us can thrive during prolonged periods of being alone, most can’t. We spend too much time living with our thoughts rather than our feelings.

The pandemic has forced untold grief, loss, and anxiety on virtually everyone on the planet. Most of us haven’t experienced this form of mandatory protracted isolation, uncertainty, and loss of control in our lifetimes. The main concerns of physicians and epidemiologists focus on confining and reducing the spread of infection, hospitalization, and death at the expense of addressing our mental health. “The grief was first related to the physical impact of the virus. This wasn’t equally distributed among all parts of the community. Communities which were previously vulnerable to the stress and anxiety did not have the luxury to isolate or stay home from work were most affected mentally.”

When you consider income, housing, food, education, employment, and health insecurities on top of the pandemic, these stressors layered themselves on top of a already stressful situation. It wasn’t a single issue during the pandemic that caused the disparate increase in stress and anxiety. It was the convergence of multiple issues in already vulnerable communities. It is important that screenwriters not be too simplistic in identifying a single cause for the mental challenges their characters create. They can use the multifactorial nature of mental health to develop richer and more realistic storylines.

Dr. Kooler points out that film and television writers should understand difference between mental wellness (pre-clinical behaviors) that characters can identify and control and mental health (treating the clinical symptoms). Such a distinction allows writers to chart a progression of mental health conditions in their stories.

He cites some common stress management techniques such as deep breathing, exercise, or spending time outdoors as activities characters predisposed to stress can do to help themselves every day. “It’s good to take a few mindful breaths from your diaphragm than from your chest.” These can easily be depicted on the screen and illuminate character development.

The benefit of intersecting film and television with public health is showing characters audiences care about being vulnerable by experiencing anxiety and managing them on screen. “On screen characters make it more acceptable for the wider community to ask for help and make that help more accessible.” This is our public service as screenwriters. Dr. Kooler concedes that many people make life-limiting choices which that help may not always address. Even if a character accepts that help, there may still be unhappy endings such as a successful suicide. “Discussing such thoughts is strongly encouraged no matter how uncomfortable.” Consider how such characters might be written with raw, honest dialogue. “Resources are available to help such people to live the lives they want to lead.” Consider how friends, family, colleagues and associated characters might be constructed to interact and guide a character experiencing mental health challenges.

Dr. Kooler is generally satisfied with the way that mental health and wellness are depicted on our screens in terms of accuracy. “Apart from creating more complex characters, accurate depictions demonstrate that normal people can have problems too – not just celebrities. And you can get through it. Not everyone is The Joker.” The proportion of Jokers of Hannibal Lecters in the world is minuscule, yet film and TV audiences are most fascinated by them.

The dual purpose of intersecting drama and real life should demonstrate the journey from an upheaval leading to mental health issues and the journey to recovery. These are good starting points for writers outlining their stories, even if recovery isn’t always the outcome.

“Audiences should see their lives on the screen and relate to those journeys. There are multiple paths you can take and most of those doors lead to a better life.“