Audiences always love a good romance. Nowadays, most streaming services and platforms often have a “Romance” category all by itself, providing an endless scroll of date-night content for you and your partner or you and a bowl of ice cream! However, while all romance movies share a core genre, not every romance movie is exactly the same, and often broken down into different subgenres.

Embracing these different subgenres of romance can really help your romance script stand out in the crowd. But, in writing within these subgenres, it’s essential to know exactly which subgenre you’re writing in, and how to utilize the tropes and elements of each genre to create the perfect hybrid-romance script.

Here are some examples of romantic subgenres, and some of the ways they’re different from one another:

Though a well-known genre, romantic comedy is an elusive one as well. Characterized by hijinks, misunderstanding, and typically, a happy ending, the romantic comedy follows a central character who is looking for love and usually gets it by the film’s end! Along the way, they clash with naysayers, career obstacles, and internalized fears they must overcome in order to find their perfect match.

True to classical definitions of comedies, in a romantic comedy, the protagonist often overcomes their own inner fears or flaws in order to score a win for romantic love. As an example, take Toula Portokalos (Nia Vardalos) in My Big Fat Greek Wedding. Desperate for romantic love, but too shy and introverted to seek it out, Toula eventually learns to overcome her anxieties, branching out and subsequently meeting Ian (John Corbett). 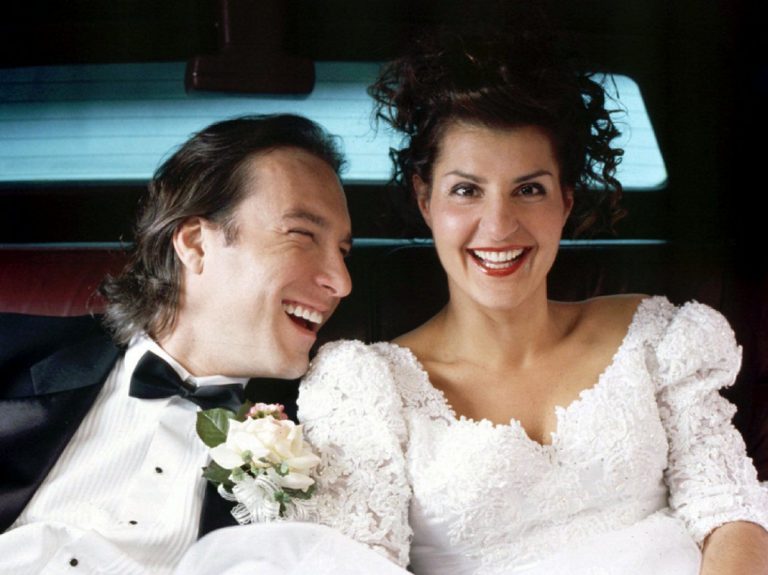 Toula’s journey as a protagonist, in turn, is about growing beyond her fatal flaw (namely, her introversion) through comedic exaggeration, some delightfully awkward meet-cutes, and a hysterical culture clash between her Greek family and Ian’s Anglo-Saxon one. Watching a protagonist evolve and change through a series of hilarious hijinks and laugh-out-loud comedic moments defines the romantic comedy, and asking questions regarding your protagonist’s journey (and the funniest ways to get them on that journey) will always elevate your romance flick into the subgenre of romantic comedy.

Conversely, the romantic drama is the polar opposite of the romantic comedy, but not just in terms of tone, style, and characterization. The ultimate difference between these two genres has to do with endgame. While, in a romantic comedy, it’s often expected that the two love interests will get together by the end, romantic drama is not necessarily beholden to this rule. If you’re writing a romance script in which the protagonist or protagonists might not still be in love by the end, you might be writing a romantic drama.

Beyond the endgame, the romantic drama is also characterized and often fueled by a protagonist’s inability to overcome their inner flaw, or the insurmountable obstacles that stand in their path, or their love interest’s path. As a recent example of this, The Worst Person in the World, though not strictly a romance, explores protagonist Julie’s fear that she won’t be able to overcome her own directionlessness. In turn, Julie’s relationship with Aksel, which is ultimately doomed by Aksel’s illness, examines how relationships change after they fall apart, either interpersonally or via extraneous forces like disease. 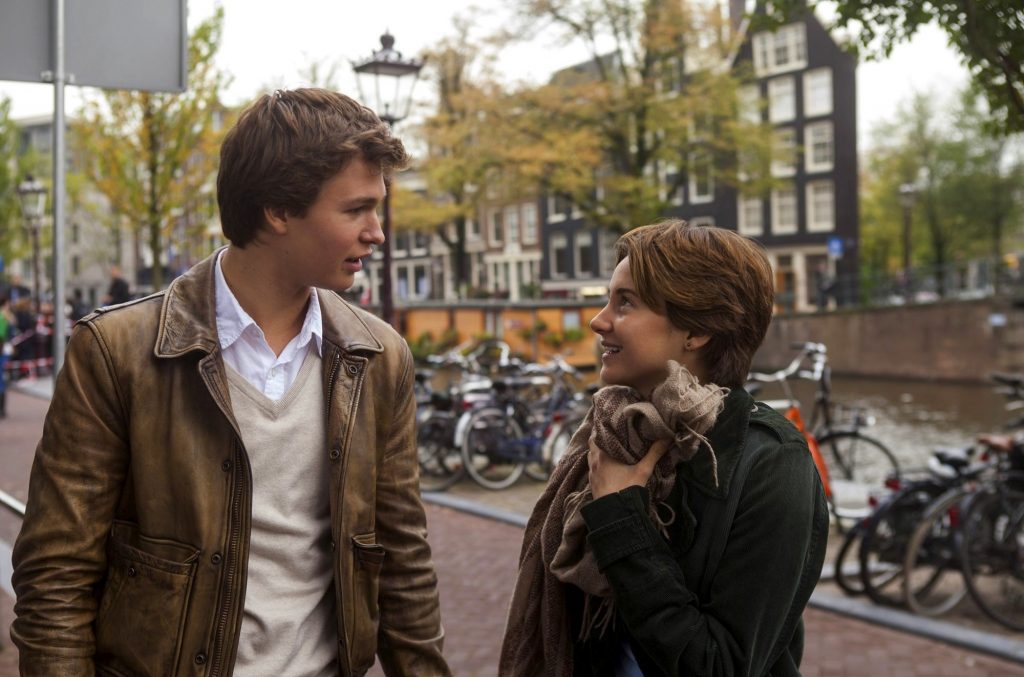 Movies like Clueless, The Fault in Our Stars, To All The Boys I’ve Loved Before, or 10 Things I Hate About You all feature young adult protagonists and problems that real-world young adults face. Additionally, Young Adult romances often borrow from the literary world, either serving as adaptations of contemporary novels or retellings of classic novels like Emma. These stories often also deal thematically with problems like first loves, first crushes, first breakups, etc. Worlds of “firsts” flesh out the style of the Young Adult romance.

Romance films that discuss or otherwise explore social issues have become much more commonplace in the romantic film space. These highly singular movies use romance plots and romantic character archetypes to examine social dynamics between love interests of different races, classes, or backgrounds. Social commentary romances often find ways to incorporate social issues into their character’s backstories or points of view, and typically use social inequity as the primary source of conflict that stands in the way of the protagonist and their love interest.

Movies like The Big Sick and Crazy Rich Asians can be examined under the lens of the social commentary romance. In a film like Crazy Rich Asians for example, Rachel (Constance Wu) struggles to assimilate herself into her boyfriend Nick’s (Henry Golding) extravagant world of wealth, as well as his family’s classist ways as members of Singapore’s “old money” royalty. Similarly, Kumail (Kumail Nanjiani), the protagonist of The Big Sick, fights back against his parent’s traditional ways as they try in vain to marry him off to a suitable Pakistani match. In turn, when Kumail chooses to tell his parents about his relationship with Emily (Zoe Kazan), they disown him, disappointed that he’s pursued an interracial relationship. Issues of race and class permeate social-commentary romances and serve as the lens through which much of the film’s conflict and drama is viewed. 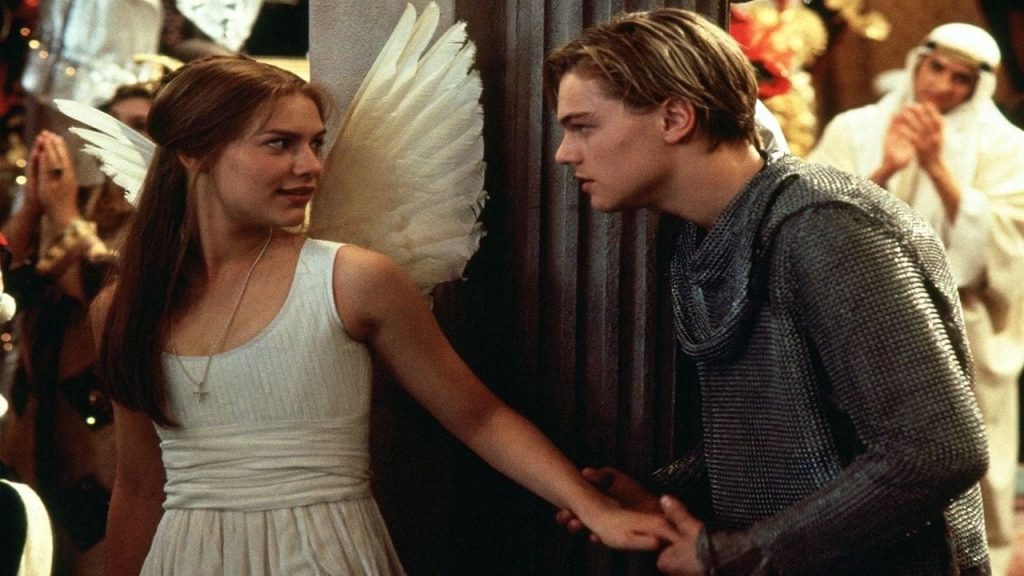 Classic films adapted from tragedies like Romeo + Juliet, or a film like Moulin Rouge! both provide excellent examples of romantic tragedy. Disaster films like Titanic (albeit a film that also borrows from Romeo & Juliet) can also be defined as a romantic tragedy. Characters in all of these films find love only to lose it after disastrous circumstances drive them apart. Dramatic irony also plays a big part in the romantic tragedy, as audiences are often privy to information that the characters are not, daring us to root for the protagonists, while secretly understanding that their love is doomed from the start.

Everyone loves a good fantasy story, but featuring romantic plots and characters against the backdrop of a fantasy world can make for something truly special! Romantic fantasies typically combine elements associated with classic romance films with fantastical worlds, premises, or otherwordly beings. Free from the constraints of reality, romantic fantasies allow audiences to experience romance in a unique way while still remaining true to the intrinsic elements of romance.

Films like The Shape of Water or even Edward Scissorhands borrow from elements of romantic fantasy. Romantic fantasy protagonists like Eliza (Sally Hawkins) in The Shape of Water often fall in love with mythical, fantastical beings like Doug Jones’ Amphibian Man, and demonstrate to audiences how love can be the same in all its forms. Directors like Tim Burton, in turn, marry grounded romance stories with fantastical premises, such as the premise of Edward Scissorhands, where a character like Kim (Winona Ryder) can fall in love with an artificial humanoid with scissors instead of hands. Fusing fantastical premises and outlandish characters with realistic portrayals of romance defines the romantic fantasy film.

Though somewhat akin to romantic fantasy, romantic sci-fi films take similarly realistic characters and place them in high-concept, science fiction scenarios like time-travel, time-looping, or explorations of artificial intelligence in order to tell compelling, gripping love stories. Romantic sci-fi uses tropes and elements typically associated with science fiction to reflect realities about romance and love between people. Oftentimes, these films use their high-concept premises to explore ideas regarding romance that couldn’t be explored in a more grounded romantic film. 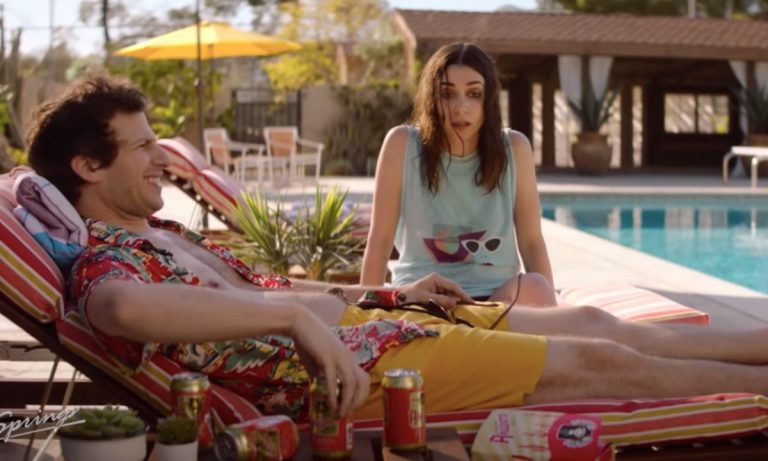 As an example, a film like Palm Springs uses time-loop mechanics to explore how love and human connection make life worth living, even when time is infinite.

Conversely, a film like Her examines how human beings in the not-too-distant future could develop meaningful relationships with Artificial Intelligences, relationships that may or may not be just as valid as human-to-human ones. Regardless of the specific premise, a romantic sci-fi film finds ways to explore the joy of romance by using unexpected and high-concept ideas, ideas that often reveal the innermost truths about the way we, as human beings, fall in love.