An allegory is a narrative that has a hidden meaning, usually in the form of social commentary. Through the use of symbolism and personification, allegories often show abstract concepts through visual representation.

Allegories have been employed by writers for centuries as a narrative technique that conveys social or political commentary through visual representation. It proposes that multiple perspectives are needed to round out the truth, and what lies below the surface is usually far more complex and nuanced than the oversimplifications of form or genre.

In a way, philosophical allegories exist whenever a character learns from their situation and transform in the process. These allegories can subconsciously develop in the writing process and remain hidden until analyzed, but if you want your screenplay to really sink into a reader, consciously infuse them in every scene and line of dialogue that you can.

The philosophical concept goes back to Plato’s Allegory of the Cave and has been used in popular literature and film ever since.

The Allegory of the Cave is a philosophy about prisoners being chained together in the cave with a fire burning behind them. Their shadows cast images against the wall, representing their reality. Along with their shadows, they also see the shadows of animals and fantastical beasts and believe these things to be true, until they look back to see that the shadows are being cast by puppetry.

If a prisoner sees this truth, that their reality is made up of illusions, they’d seek to break free from their chains to reach the outside world beyond the cave. Stepping into the sun for the first time, the free prisoner would be blinded and retreat back into the cave, where they were often  used as a cautionary tale of the outside world.

So, imagine instead you’re sitting in a dark theater and you see images projected from behind you onto a screen. Of course, you don’t actually believe what you’re seeing is real — but you’re willing to suspend your disbelief for the runtime of the film.
Nowadays, we pay to be deceived by the allegory in the cave.

Let’s take a look at some great series and films that work as the perfect allegories of the world around them.

Everything about the HBO series Succession is layered in subtext. The allegory presents itself when one looks beyond the glamorous facades of the characters to see the hideous truth behind their motives. 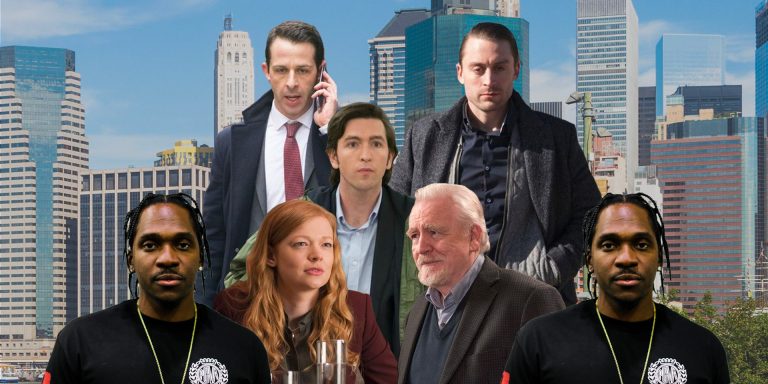 The series follows a super rich family as they grapple for control over their father’s company after he has a stroke. It’s a Shakespearean tragedy that upholds the notion that, “Where we are, there are daggers in men’s smiles.”

A reoccurring theme throughout the show is around the meaning of words. The dialogue is weighted with multiple meanings and the characters are trained in the art of gaslighting. Words often have temporary meaning in order to achieve or attain leverage over the other members of the family, then are rendered worthless.

In the season one finale, Nobody is Ever Missing, every element of the script is rooted in this allegory. The wedding. The marriage of Shiv and Tom. None of it is real beyond face value. Everyone is distracted by fireworks while horrible things are happening in the shadows.

Just like their rich lives, on the surface they’re pristine but if you look deeper you’ll find the dirt.

Written by Bong Joon-ho and Han Jin-won, Parasite is an allegory about economic inequality told through the lens of two families from starkly different worlds. The Kim family lives below ground in a cramped, chaotic basement whereas the Park family lives atop a hill in a minimalist mansion. When the eldest son Ki-woo pretends to be a university student and assumes a tutorship role in the luxurious home, he finds devious ways to change his family’s caste in life.

Like the title suggests, the Kims scheme their way into working for the Parks and in order to leech off them in an attempt to lift themselves out of poverty. They’re parasitic to their wealthy counterparts. When the Parks leave for a vacation, the Kims make themselves at home, until they find out there’s an unwelcome guest living in the basement.

The film is a commentary on ownership and the right to a space and the lengths humans will go when they are deprived of basic living standards. The invisibility of the impoverished and their ability to hide inside the home of their rich employers reveals layered real world connotations. The Kim family only achieves their status through deception and lying about their qualifications.

When the veil of their forgery is ripped away in a violent act of vengeance, they’re left to live out their truth — while still chasing after the myth that rising above one’s place in a capitalist society is achievable.

Jordan Peele’s Get Out is an allegory of cultural appropriation and the horrors of racism in America. The white family and community that Chris is welcomed into uses hypnosis on their black guests, sending them into a mental Sunken Place, where they can then take control of and use their bodies.

Through the conventions of horror, Peele is able to tap into terrifying truths the industry was too afraid to confront for too many years. From the moment that the protagonist Chris arrives at his girlfriend’s family’s home, he feels that something is off. The family’s black handyman and housekeeper are painfully eerie and subdued, and his girlfriend’s parents are overbearing in their need to appear not racist.

As with the above mentioned examples, the true nature of Chris’s descent into the allegory of the cave is revealed piece by piece. From an awkward fist bump to his forced hypnosis. Get Out’s allegory is prevalent and at play in every scene. There’s the way things seem, then the way they actually are. This duality is one of many reasons why Get Out resonated so much with audiences.

The Matrix is akin to the Allegory of the Cave in that the protagonist, Neo, is trapped in a false reality presented through a computer program. After breaking free from the Matrix, Neo finds that the real world has been destroyed by machines that mine humans for their energy. The humans exist as catatonic batteries and only really live through the programmed reality of the Matrix. 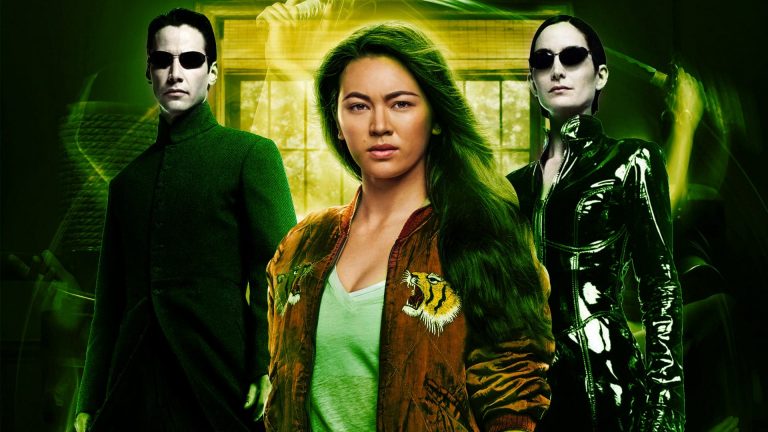 Lilly Wachowski has recently spoken about The Matrix as being a trans metaphor that the world wasn’t ready for yet. There was a character, Switch, who the siblings planned on being a man in the real world and a woman in the Matrix. The overall story was very much about that of transformation and the filmmaker says that she was unaware of, “How present my transness was in the background of my brain as we were writing.”

Like the allegory presented to Neo, viewers walked away from The Matrix looking at the world differently. The themes and symbolism of being wholly reliant on a digital reality had people leaving the theater feeling like they took the red pill.

The Truman Show is another film that follows the narrative of the Allegory of the Cave closely. Truman is born under the watchful eyes of a worldwide audience in a new form of reality television. He’s raised and comes into adulthood in a fake town built on a soundstage. A healthy dose of fear of water prevents him from venturing too far out of town, since they live on an island. Inside this false reality, he’s completely content.

That is, until a light falls from the sky and he starts questioning his reality. He begins to notice that things aren’t what they seem. He sets off to overcome his fear of the water and sail away from the town, which has now become claustrophobic. Surviving a storm, he reaches the end of the earth when he runs into a wall of the soundstage. He sees a set of stairs and an exit where Christof, the producer of The Truman Show, try to persuade him to stay in that there’s no more truth in the real world than in his fake one.

Truman ultimately chooses freedom from the cave, and we’re left with an ambiguous yet hopeful ending.