You’ve Written Your Pilot Episode. What About The Second Episode?

Many TV writers spend an inordinate amount of time crafting the perfect pilot episode. Although your TV pilot is essential to introduce the entire television series, some writers don’t always spend a corresponding amount of time on the subsequent episodes. Granted, most of the heavy lifting of the show occurs in the pilot, but don’t neglect the other episodes.

The Purpose Of The Second Episode

Regardless of whether you’re still trying to break into the industry or you’re inches away from signing on the dotted line with a network, the point of all the work we’re putting in is to keep working, to get additional work on shows in the future. Selling your pilot today means writing the second episode tomorrow. And getting staffed on a TV show means potentially writing the second, third, or twenty fifth episode of an already established series. 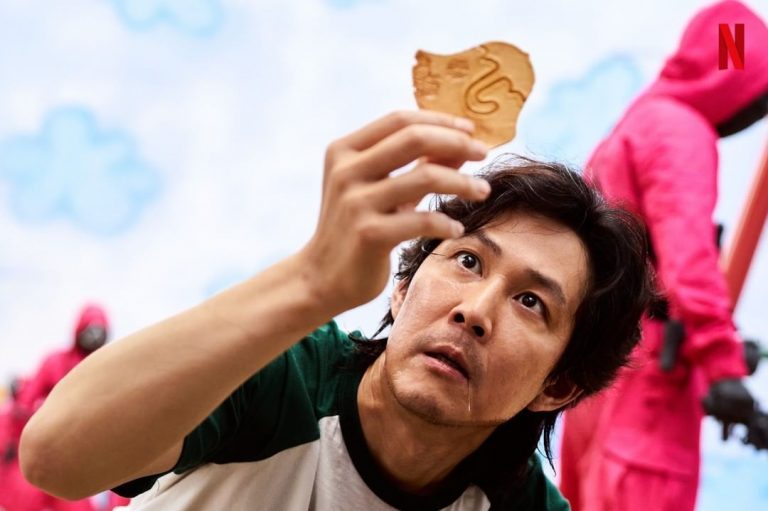 That’s really where the importance of a second episode – or at least planning for it – lies. Either way, the show goes on, and you need to be prepared to keep it going.

With more and more shows hitting the air and streaming services every single day, it’s becoming clearer just how important that second episode is. Audiences might tune in for the cool concept, slick hook, or original world of the pilot, but how do you keep them coming back for more once those things are established?

As a quick recap, let’s look at what a pilot is and what it’s supposed to do. Then we’ll do the same for a second episode and explore how you can avoid the post-pilot slump with your own show.

What Is A TV Pilot?

In it simplest terms, a TV pilot is the opening chapter of an ongoing story. It introduces your very flawed, but watchable characters, what they want, and what they’re up against. It also sets up your world, establishes the rules and limitations of that world, and establishes the engine of the show. What’s going to keep this thing ticking episode after episode, week after week, year after year?

It becomes the blueprint for the rest of the series. When the pilot ends, we should know the tone, the format, and why your story needs hundreds of episodes to be explored. Feature ideas and series ideas are different down to their marrow and one of the most common mistakes young writers make (in their loglines, if nowhere else), is to present a feature idea as if it will sustain a series.

What Is A Second Episode?

A second episode is the next chapter of your ongoing story. It is also proof that you can keep that story going, not only in terms of the concept, but in terms of the various throughlines, subplots, and character arcs you set up or hinted at in your pilot.

If Sally Sue gets clawed by a werewolf in your opening episode, does she start showing signs of transformation in your second? Perhaps you told us in the pilot that she’s not the only creature in town; perhaps there are a number of Crow’s Shadow residents hiding supernatural secrets and now you get to introduce a couple of the more important ones. 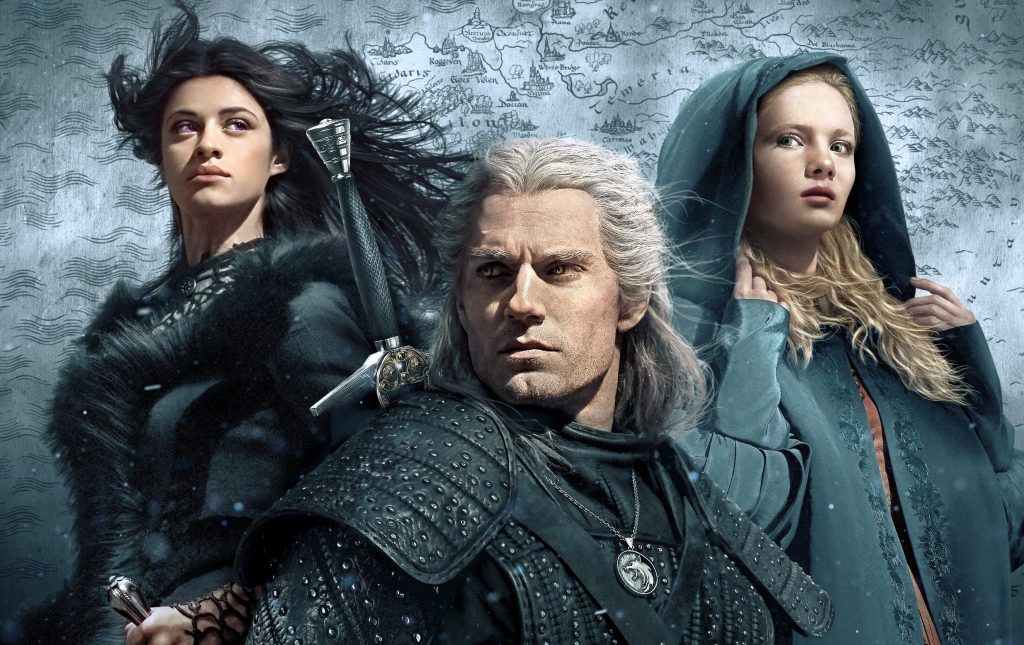 Perhaps this is where you lay the foundation for the secret society hunting werewolves, led by a roguish and gorgeous werewolf hunter (to be played by Ian Summerfield). They find clues that someone’s been attacked in Sally Sue’s town — how long before they realize it’s her?

The second episode is also your opportunity to show off how well you can transition from episode to episode, and whether your show is more episodic or serial in nature. It’s also where you prove that you can keep your writing style and voice going.

It’s awesome if we hear Sally Sue’s snarky internal monologue throughout the pilot, but you better be able to prove she still has enough sarcasm for the rest of the show. If she goes radio silent in episode two, audiences will be confused, disappointed, and probably lose interest.

Equally as important, your second episode proves the tone works for your story, or at least proves that the concept can carry various tones if you need it to. The Witcher, for example, introduces us to quite a somber, serious and sometimes sad trio of main characters in Geralt, Yennefer, and Ciri. In episode 2, however, we’re introduced to Jaskier the Bard, a bit of goofy comic relief in a stormy war torn world. Introducing him in the pilot likely wouldn’t have worked because it would have competed too explicitly with the show’s gritty introduction.

How To Avoid The Second Episode Slump

Character is key to any type of storytelling, but especially ongoing storytelling. The cool hook or concept of your pilot will draw audiences in and be a source of inspiration for later episodes, but they’ll come back again and again because they want to follow your characters and see what they do and what happens to them.

For example, Jane the Virgin’s basic concept was: what if a modern Catholic virgin waiting until marriage is accidentally artificially inseminated? There’s your hook – you want to know how it happens, then you want to know what she does about it. And what if it’s told in a stylized telenovela format? There’s your style, tone and formatting. People tuned in to find out.

However, the second episode starts with Jane voicing her resolute plan to ignore the pregnancy as much as possible and then give the baby up. So much for the concept doing all the heavy lifting. Instead, it’s the various characters and their shenanigans that went on to fuel the series for five seasons.

Audiences already had their “answer” to the central concept, even if they knew Jane’s plans would go spectacularly awry. They returned the next week, and the week after that, because feisty, fabulous, hardworking Jane, Xiomara, her grandmother, Raphael, Petra, and Michael won their hearts, sympathy, and ongoing curiosity. If Jane really had been plain, the show would have fizzled by the time she decided to keep the baby.

One way to ensure that your second episode sets the standard for the rest of your series is to figure out your ending. Figure out who you want your characters to be in a hundred episodes. Then it’s about exploring all the ways in which the concept, themes and other characters’ goals can come together to make that journey the most exciting, earned, and entertaining it can be.

Dig deep into your characters while you’re sharpening your pilot. Figure out what makes them worth watching despite their flaws and why they have those flaws at all. Write out their ultimate goals and what could go wrong along the way. Write out a long-running list of ways in which the characters’ individual goals can compete, conflict, and collide with one another.

Ongoing struggle is the name of the game. This isn’t a feature where a few brutal run-ins with an antagonist are going to transform your character.

Between the first and hundredth episode, a lot can happen, but your pilot and your series finale can and should set the constraints that you use to push your characters along their arcs. A schlub in a small town could end up president of the United States, if that’s the concept for your show, and knowing that ahead of time lets you work backward to figure out where they need to be by the end of the first season, the second season, and so on. To achieve that giant goal, it’s going to take a lot of push and pull, drama, episode arcs, seasonal arcs, failures, successes, and personal struggle. And each episode can be a chapter in that journey. Knowing where that journey ends simply helps keep you on track, and it gives you something to shoot for in your second episode, as well as your third, fourth and fifth.

Let’s look at one more example. Let’s look at LOST. The original hook that sold that show, that got it made, was the idea of a group of strangers forced to survive on a mysterious island together. Stranded people have made great story characters for centuries (just look at Swiss Family Robinson, Robinson Crusoe, Life of Pi, and The Martian, among a million others). Add to that the genre element of a mystery island with mysterious, supernatural, and dangerous forces plaguing our survivors day and night and boom, you have one of the most influential shows of the 2000s.

The first episode of LOST establishes a few basic components of the ongoing show: the scenario (their plane crashes on an island), the first-season goal (get rescued/off the island), the conflict (crazy-weird sounds and monsters in the jungle), and the consistent use of flashbacks to deepen the characters’ stories. The rest is almost entirely dedicated to character introduction, early cliques, and interpersonal conflict, tension and foreshadowing. The bite-sized episode story involves Jack, Kate, and Charlie going to recover the transceiver from the cockpit. While there, plot and character mix. Charlie recovers his stash of drugs, Kate pulls a sleight of hand that will come up later, the pilot tells them no one’s coming for them, and then he’s torn apart by a monster as our trio runs away.

The second episode ends exactly where the first left off. Our three survivors discuss the pilot’s warning as they return to the beach with the transceiver — a clear episode transition. We get flashbacks, deepening island mystery, and a bite-size episode story involving getting a signal on the transceiver by going to high ground. Just like the first episode, much of the meat is driven by character introduction and conflict. Sayid and Sawyer fight. Sun hints at her rebellion against Jin. Locke becomes one of the most interesting characters in the show by way of a scar and a secret. And so on. All of these reaffirmed that the show could reproduce the electric results of the original episode. And just like in the pilot, this episode ended with a scary island mystery cliffhanger — “it killed them all.”

If your series is less character-driven and more concept-driven, remember that no one wants to watch boring stock characters do anything. Certainly not over and over again. In this age of oversaturation, everything getting made is concept driven anyway – apocalypses, zombies, mysterious spa retreats. What sets apart one from another is whether the characters make you care.