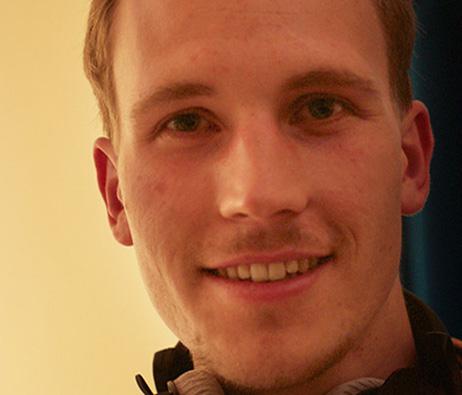 Get to Know Timo Von Gunten (and let's all cheer him on during the upcoming Oscar ceremony): Born 1989 in Zurich, Timo von Gunten is a self-taught filmmaker. His creative childhood has helped him find his approach to the cinematic world. After some practical experience on film sets in his early 20s, he committed to writing and directing numerous short films and one feature, premiering at international festivals such as Locarno, Zurich, Sofia, Max Ophüls Preis and many more.

In 2005 he created his own production company label, BMC Films. His most recent work, La Femme et le TGV, starring Jane Birkin, has been nominated for a 2017 Academy Award in the Live Action Short Film Category, after also winning the Grand Prize for the same short screenplay in the 2015 Table Read My Screenplay Contest - Park City.