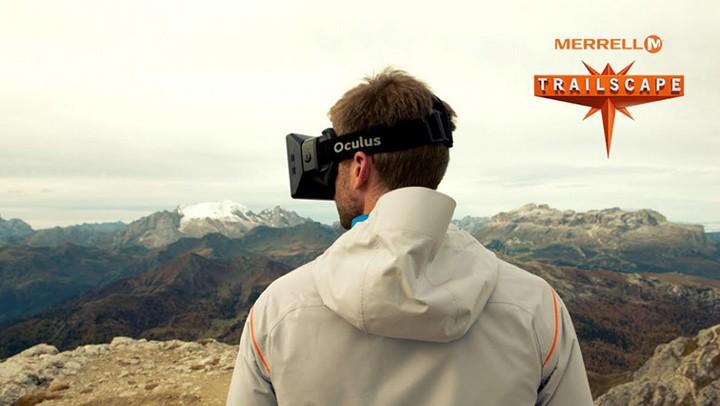 Mike Woods' Reality is Building the Future of V R

The term "Virtual Reality" has been around awhile. According to Wikipedia it was used to explain theater by a French playwright, Antonin Artaud in the 1930's to describe what an audience member would experience when viewing a play . It wasn't until 2011 when the first prototype of the Occulus Rift , a VR head-mounted display, which was invented by 20-something Palmer Luckey, that a user could experience infinite worlds from the comfort of their home.

While the experience of the early headset was plagued by poor resolution and bad graphics, this device was different in one very important way from its predecessors. It's ability to refresh the screens in front of a user's eyes in real-time was an incredible breakthrough. With the Occulus Rift the user can look around a virtual environment and the video screen will adjust to the new position as quickly as if one was looking around in the real world. This negates (for most people) the feeling of nausea brought on by a type of motion sickness inherent in previous designs. This was a watershed moment and it broke down a barrier that had been keeping other companies from creating their own headsets. Sony is also a player in the new VR space.

I got to experience one of the latest demos of the device at Sundance in 2015. To say I was blown away is both literally and figuratively accurate. Mike Woods, Creative Director at VFX house Framestore, lead his team to develop a virtual experience called "Trailscape" for Merrell shoes on the Occulus Rift platform that allowed users to walk around a pre-made course that matched the environment seen in the virtual world. It was a hike up into the mountains made terrifying by a rock slide and a death defying two foot wide path along the edge of a cliff 10,000 feet up in the air. The effect was greatly enhanced by a real world wind machine that kicked in and blew on my face just as I dared to lean over the virtual ledge.

Experiencing what was possible in this short demo made me realize that the number of scenarios where people will find themselves in the future will literally be infinite. Imagine poking around Sherlock Holmes apartment on Baker Street, fighting among special forces units in a future rendition of Call of Duty, or watching a sunrise on another planet. These things will all come to pass and technical artists and storytellers like Mike Woods will make them happen.

It is the dawn of a new story-telling platform and it is waiting for someone, possibly you, to bring it to life. Listen in to hear how Mike Woods is taking on this challenge today.