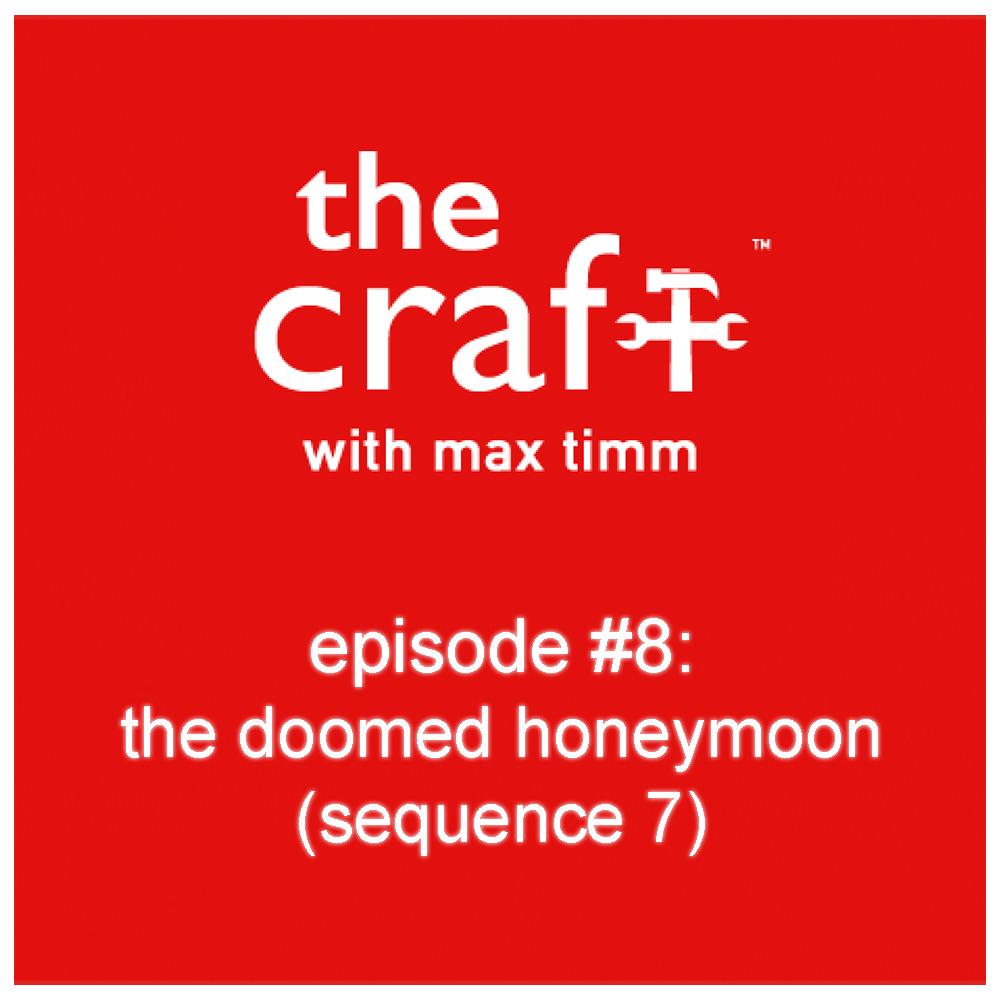 The Craft: Sequence 7, The Doomed Honeymoon, with Max Timm

While I've used examples of made-up stories and attempted to show you what can happen during a particular sequence based on what has happened in produced movies, I'm going to share a slightly personal insight that roughly summarizes our current topic - sequence 7. No, I won't be using this podcast episode as a therapy session. Even though it can't hurt to talk through things from time to time, I'm lucky and grateful that I'm relatively stable emotionally. Relatively.

I'm going to share this little bit with you because I'm pretty sure you can relate, and because it really is a solid way to exemplify the main character's emotional and mental state after the mid-point complication. Very generally - it's fear. But it's a kind of fear that often times is completely unconscious. In other words, we don't know we're exhibiting this fear - it just sneaks up on us because it has been somehow programmed within us to unconsciously think this way. The kind of fear I'm talking about can be, in a small way, related to the fear of success.