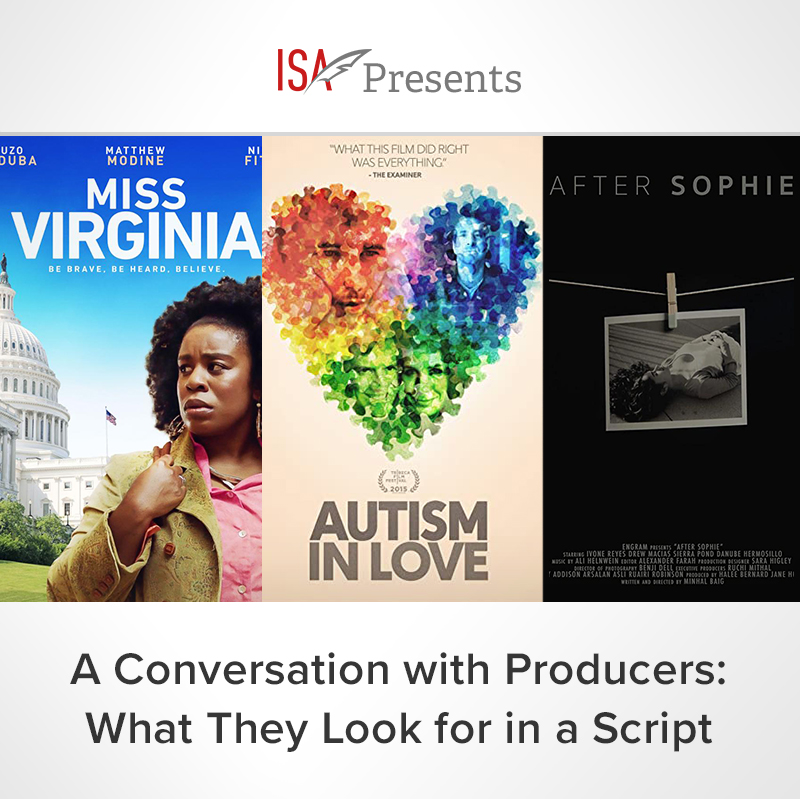 A Conversation with Producers: What They Look for in a Script 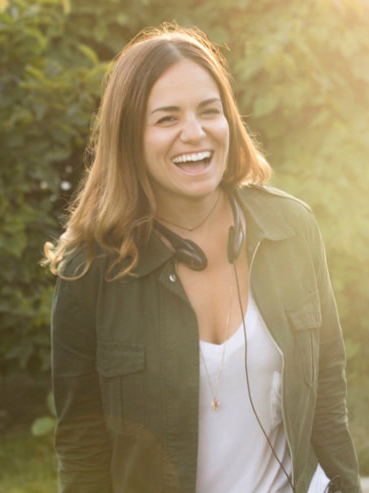 Carolina is a Brazilian born Emmy nominated producer living in Los Angeles.
She produced the award winning and 2017 Emmy nominated documentary AUTISM IN LOVE, which explores how adults with autism find and navigate romantic relationships. It world premiered to rave reviews at the 2015 Tribeca Film Festival and aired on PBS' Independent Lens series. The film picked up many awards, including Best Documentary at Mammoth Lakes Film Festival and the Audience Award at Warsaw International Film Festival. In February of 2016, AUTISM IN LOVE was the recipient of the fifth annual Peek Award for Disability in Film by the Utah Film Center. The award pays tribute to artists who are positively impacting our society’s perception of people with disabilities.

She served as a co-producer on MISS VIRGINIA, starring Uzo Aduba and provided production supervising support on the Netflix original films GIRLFRIEND'S DAY and HAPPY ANNIVERSARY. She had the pleasure of co-producing THE FEMALE BRAIN, Whitney Cummings' directing debut feature film. She produced CURATED, a short for Refinery 29's Shatterbox Anthology Series, directed by Gillian Jacobs which premiered at TIFF in 2018. You can see the full film on TNT. She served as a physical producer on, SYLVIE'S LOVE, official selection of the 2020 Sundance Film Festival in U.S Dramatic Competition. Written and directed by Eugene Ashe, this love story stars Tessa Thompson and Nnamdi Asomugha.

She is on post-production on HYSTERICAL, a documentary about women in stand up comedy for FX with director Andrea Nevins at the helm. Carolina has 3 feature films in active development and has also produced numerous commercials for Sawhorse Productions, Colossal Youth, ContagiousLA, We Fly Coach, and Trailer Park.

Her passions empowering women and amplifying diverse voices, yoga, and indulging in wine and cheese. 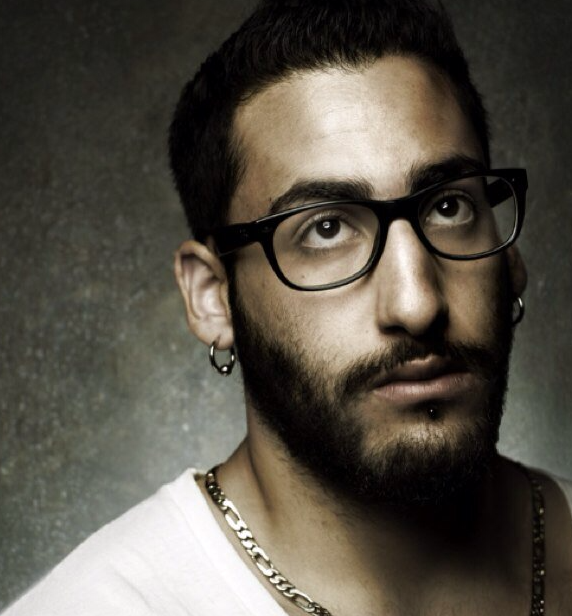 Born in Iran and raised in Canada and the United States, Arsalan started his career in the investment banking and real estate development sectors in an operational capacity through family business’ in the Middle East. With cinema, art and theatrics as his spiritual compass and lifelong passion, Arsalan transitioned into the entertainment industry right after completing high school in Vancouver. Initially writing, directing and producing, Arsalan’s short films premiered at dozens of festivals across the country.

In 2016, Arsalan and his creative partners founded FIVE/4, a multi-faceted entertainment company engaged in the development, packaging and production of content across all genres of independent film, television and new media. The company’s objectives are twofold: developing material that is commercially viable and mission-driven. We’re committed to collaborating with and supporting tenacious storytellers who aren't afraid to challenge audiences on an intellectual and emotional level.

Arsalan executive produced HALA, AFTER SOPHIE, and PRETEXT - three renowned short films written and directed by trailblazing filmmaker, Minhal Baig. HALA was later produced as a feature and released as AppleTV+’s first feature film release. Arsalan and FIVE/4 are currently in pre-production on RULES FOR LIVING UNDERGROUND based on the Graphic Novel Pitch Black by Anthony Horton. The feature film is an adaptation of the true-life story of African-American artist Anthony Horton; Palme d’or winning and 2-time Academy Award nominated filmmaker Roland Joffe (THEMISSION; THE KILLING FIELDS) is attached to direct. Matthew Rhodes of The Hideaway Entertainment is executive producing with an eye for Q4 2021 shoot in NY. FIVE/4 is also in early prep on world renowned cinematographer Carolina Costa’s directorial debut, THE RELUCTANCE OF TIME AND A SENSE OF WONDER, which is finishing casting and prepping for a Q2 2021 shoot in NY.

FIVE/4 is also in pre-production on two adult animated series: DYCKTATOR, with premier animation studio Copernicus Studios attached to lead production; and SWEETWATER FALLS, co-created by Second City darling Mike Johnson. UTA is currently taking “Dycktator” and “Sweetwater Falls” to market. FIVE/4 is also in development on a scripted limited series, based on the incredible untold true story of the Oversteegen Sisters, who joined the Dutch Underground Resistance Force in 1940 Nazi Occupied Netherlands, at the ages of 14 and 16 to hunt down and assassinate the key Nazi officer’s who were pulverizing their country and community.