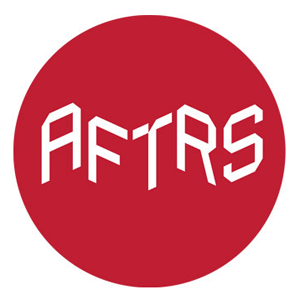 Producer and SPA member Sue Maslin is in conversation with ACMI's Head of Film Programs, James Hewison at this week's Friday On My Mind.

Sue is one of Australia's most successful film, television and digital content practitioners with a track record of creating award winning feature and documentary films. Her most recent is the smash hit The Dressmaker, starring Kate Winslet and Judy Davis. It grossed more than $20 million at the box office and garnered the highest number of nominations at the 2015 Australian Academy Awards, winning five including the coveted People's Choice Award for Favorite Australian Film.

Her innovative company, Film Art Media, produces and distributes screen content across many platforms with a focus on blue chip documentaries including The Edge of The Possible: Jorn Utzon and the Sydney Opera House, winner of the Golden Plaque at the Chicago International Television Competition.

Sue's outstanding 35-year contribution to the Australian screen industry has been recognised in numerous ways. She was appointed Adjunct Professor of the School of Media & Communication at RMIT University and in 2012 received the inaugural Jill Robb Award for Outstanding Leadership, Achievement and Service to the Victorian Screen Industry. Reflecting her commitment to advocacy for women, Sue is currently a Patron of Women In Film and Television and the President of the Natalie Miller Fellowship, an organisation dedicated to inspiring leadership and increasing the participation of women in the screen industry.

Her most recent documentary, Harry Seidler: Modernist Australia's most renowned yet controversial architects is directed by longtime collaborator Daryl Dellora and and jointly produced with Charlotte Seymour. The film will preview at ACMI on 6 November ahead of its broadcast on ABC TV.

A great place to grab a drink before the talks. The bar has Happy Hour every Friday from 4pm to 7pm. Present your AFTRS Friday on My Mind ticket at the ACMI Café & Bar for 10% off food and beverages.

*Attendees of Friday on My Mind must be aged 16 and up. Generally material shown and discussed is 15+ and if on the occasion R rated content is shown warnings will be given in advance.