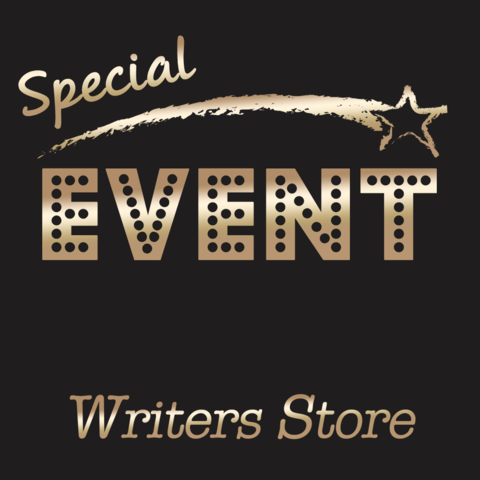 "Beating Hollywood is possible,” says author, screenwriter and professor Steve Cuden who shares pearls of wisdom in his groundbreaking new book, BEATING HOLLYWOOD: Tips for Creating Unforgettable Screenplays, 40 Classic Movies Analyzed Saturday, May 21 from 3 – 5 p.m. Cuden worked as a screenwriter for 20-plus years in the Hollywood trenches, writing screenplays and 90 produced teleplays. For any professional screenwriter, producer, story analyst or film school student hoping to “beat” Hollywood at its own game, Cuden offers empathy and wisdom from someone who’s been there done that.

Cuden states that the title, Beating Hollywood reflects a triple meaning: Hollywood is the “beating” heart of motion pictures; the 40 beloved screenplays in the book are broken into narrative “beats” and finally, Cuden sincerely hopes his readers may “beat” the odds in Hollywood to achieve success. This is exactly what his book sets out to do.

Determined to set writers on a new course, invigorate and redirect momentum, Steve Cuden inspires and provides just the kind of inner positive voice that writers crave; he advises writers not to stray from one’s original creative artistic vision and expression – keeping a commercial sale to Hollywood in mind and to beat Hollywood at its own game.

Cuden’s Beating Hollywood is a sequel to his Beating Broadway: How to Create Musicals that Get Standing Ovations (2013). Based on the East Coast, Steve Cuden is co-creator of “Jekyll & Hyde, The Musical." His visit to Los Angeles on Saturday, May 17 from 3:00 pm – 5:00 p.m. is a rare opportunity! Wine, beer, snacks, tips, tales, and more!

“In clear, lucid language Steve Cuden provides a fresh vantage on dramatic writing that is useful not only for writers but for all souls who care about creative expression. There is advice here that is hands-on useful for writers working in any platform. ...truly worthy and fresh and I eagerly commend it to all.” —Professor Richard Walter, Screenwriting Chair, Associate Dean,
UCLA School of Theater, Film, and Television

“This book is, above all, useful.” —Howard Suber, Professor at UCLA’s film school for 50 years, Author, The Power of Film and Letters to Young Screenwriters

“...This is one gigantically valuable asset to the screenwriting community.” —Hal Ackerman, Screenwriting Professor, UCLA School of Theater, Film, Television and Digital Media

“Beginners and advanced screenwriters alike will benefit from Cuden’s perspective on the craft.”—Stephanie Palmer, former MGM Executive and Author, Good in a Room

“I wish we had this book when we did Project Greenlight. I recommend every person thinking about Hollywood as a career, interested in how it works as a fan, or is currently working in Hollywood to read Steve Cuden’s book.”—Chris Moore, Producer, Good Will Hunting, American Pie, The Adjustment Bureau, Project Greenlight, The Chair