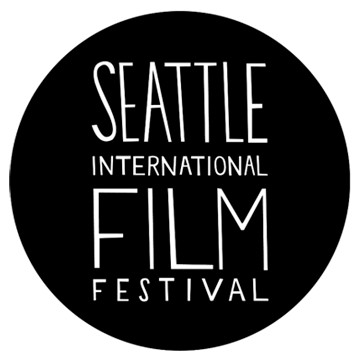 SIFF Catalyst First Draft live script table read series, now in its fourth year, features unproduced scripts that were finalists in the 2016 Catalyst Screenplay Competition. The screenplays will be performed live with professional actors in front of an audience, and followed by feedback from industry insiders and audience members, alike.

Upcoming Script: The Invisible Boy, written by Arun Narayanan.
In a small town in Maryland, a determined scientist loses his mind trying to hunt down the mystery man that impregnated his shy, strange twelve-year-old daughter, who seems to believe that the father of her unborn child is her invisible friend. THE INVISIBLE BOY is a work of magical realism that tackles some big ideas -- pre-teen pregnancy, abortion, immaculate conception -- and attempts to straddle a line between the absurd and the sincere. But it's first and foremost a story about a desperate father trying to connect to his idiosyncratic daughter.

Arun Narayanan is a screenwriter based in Los Angeles who was named one of the Independent Filmmaker Project (IFP)'s twenty-five Emerging Storytellers in 2015. His half-hour pilot script THE ADVENTURES OF ASH AND OWEN was the winner in the Original Comedy category of CineStory's 2016 TV/Digital competition, ranked in the top 3 in the Showtime Tony Cox Screenplay Contest at the Nantucket Film Festival, and in the top 10 in both the Final Draft Big Break Contest and the Page International Screenwriting Awards. He wrote and directed the short films CELLULOID DREAMS, which aired on PBS's Shorts Showcase, and FALSE WITNESS, which is now available on Amazon Video. His feature-length screenplay THE TIME CAPSULE is currently being produced by Larry Levinson Productions, and is slated for a mid-2017 release on PixL TV, an offshoot of The Hallmark Channel. Arun received an MFA in Film & TV Production from the USC School of Cinematic Arts in 2014.

First Draft is part of SIFF Education's Catalyst program. Catalyst is designed to support filmmakers, both artistically and professionally, as they progress from one stage of their careers to the next. Catalyst First Draft offers audience members a glimpse into a developmental stage of the creative process, in which a screenplay is prepped for eventual production via a live table read performed by professional Seattle actors. Audience members, guided by industry professionals, then have the opportunity to offer immediate and constructive feedback. Join us each month for Catalyst First Draft and take part in making an award-winning script even better!