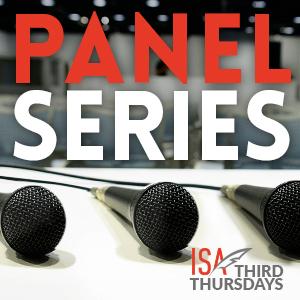 Join us for an informative panel at Busby's East in Los Angeles on screenwriting fellowships and writing programs preceding our May Third Thursdays - LA mixer with representatives from the Academy Nicholl Fellowships in Screenwriting, Universal Pictures' Emerging Writers Fellowship, the Nickelodeon Writing Program, and the ISA's Fast Track Fellowship to get the answers to questions on the difference between a fellowship and a contest, which fellowship is right for you, and how a fellowship can help your career. This event is open to persons 21 years and older.

The panel will feature Joan Wai, Program Manager of the Nicholl Fellowships in Screenwriting competition at the Academy of Motion Pictures Arts and Sciences, Heather Washington, development executive at Universal Pictures and manager of Universal Pictures' Emerging Writers Fellowship, Karen Kirkland, V.P., Talent Development and Outreach for Nickelodeon Group where she oversees the Nickelodeon Writing Program, and Max Timm, Director of Community Outreach at the ISA where he is co-manager of the ISA Fast Track Fellowship. See below for more detailed information on the panelists.

The panel will be moderated by Thom Geier, Deputy Managing Editor of TheWrap. The Wrap News Inc. is the leading digital news organization covering the business of entertainment and media. Founded by award-winning journalist Sharon Waxman in 2009, The Wrap News Inc. is comprised of the award-winning, industry-leading website with its high-profile newsbreaks, investigative stories and authoritative analysis; it also includes premium, glossy magazines with stunning original photography and editorial, distributed to entertainment industry professionals. See below for more detailed information on Tom Geier.

The panel will last 90 minutes and will be followed immediately by the ISA's Third Thursdays - L.A. mixer for May which will run until 11:00 PM. We will be celebrating the current Fast Track Fellowship writers!

Plus, 10 lucky winners will receive a fee waiver for one script in an ISA FAST TRACK FELLOWSHIP Application for the May 2016 Season!


The Academy Nicholl Fellowships in Screenwriting is an international screenwriting competition established to identify and encourage talented new screenwriters. Up to five $35,000 fellowships are awarded annually. Last year's competition drew 7,442 entries. Since the program's inception in 1985, 142 fellowships have been awarded.

Heather Washington is a development executive at Universal Pictures. In this role, she oversees films and manages the Emerging Writers Fellowship, a program designed to identify and cultivate new and unique voices with a passion for storytelling. Washington designs, implements and oversees all aspects of the year-long writers' fellowship program. From 2010 to 2013, Washington honed her filmmaking skills in the Universal Pictures Leadership Program, a studio executive training program. In that position, Washington received managerial training in production development, marketing and publicity. Previously, Washington practiced entertainment and corporate law in Atlanta, GA. Washington is a graduate of Howard University and the University of Pennsylvania Law School. She lives in Los Angeles with her husband and their two children.

Karen Kirkland is the Vice President, Talent Development and Outreach for Nickelodeon Group. In this position, she oversees the network's writing incubation program and is responsible for identifying and developing new writing talent. Under her leadership, Nickelodeon's Writing Program has expanded world-wide and has blossomed into one of the most competitive and successful programs for emerging television writers. During her 11-years at Nickelodeon she has helped launch the careers of many successful creative visionaries onto such shows as Avatar: The Last Airbender, Big Time Rush, Ned's Declassified School Survival Guide, The Penguins of Madagascar, Fanboy & Chum Chum, Sanjay and Craig, The Haunted Hathaways, The Thundermans and Bella and the Bulldogs. Karen is an industry veteran, who over the past 25 years has worked as an independent producer, compiling over 50 commercial and music video credits. She was also the producer of the Los Angeles Film Festival from 1995 to 2001. Additionally, she has been nominated for multiple MTV Music Video Awards and won an NAACP Image Award for Video of the Year.

Max Timm is the Director of Community Outreach with the International Screenwriters' Association, after working six years as the Director of Development at Writers Boot Camp in Santa Monica. His focus with the ISA is to build a creative community and bring ISA writers closer to ISA Industry Professionals. Recently he has helped build a development program with the ISA, submitting writers' projects on their behalf and helping them launch their careers - seven writers received options and representation in 2015 because of Max's assistance and support.

Max is also the host of the ISA's popular Curious About Screenwriting podcast. A development consultant and screenwriting instructor, Max is a screenwriter and author himself. His debut novel, a young adult fantasy adventure titled The WishKeeper, about a teenage fairy with broken wings, won the young adult category of the 2015 Los Angeles Book Festival and is releasing worldwide in the early Summer of 2016. Max is also a part-­time instructor at UCLA, teaching high school students the history of film and television through their Summer Discovery Program.

Thom Geier, Deputy Managing Editor of TheWrap. Thom previously served as a senior editor at Entertainment Weekly for a dozen years, overseeing film and Oscar coverage among other areas of expertise, and before that a film reporter at The Hollywood Reporter. He is an award-winning editor and writer with a keen knowledge of American pop culture and a knack for finding original approaches that inform and delight readers. He handles breaking news as well as long-term feature packages, mentored young writers who have become industry leaders, and developed fresh, shareable content across both print and digital platforms.

REMEMBER: YOU MUST RSVP HERE FOR THIS THIRD THURSDAY EVENT!