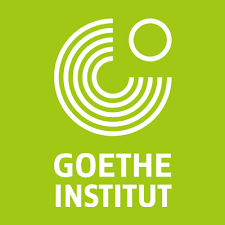 FRIDAY FILMS AT THE GOETHE INSTITUT: WHO AM I - NO SYSTEM IS SAFE

Are you interested in Germany and German culture? Are you looking for an opportunity to improve your German language skills? Do you enjoy German films? Then this is your event!

Every third Friday of the month, the Goethe-Institut San Francisco will present recent German films ranging from small, independent productions to box office hits. All screenings are in German with English subtitles. Admission is free!

PLOT:
Benjamin is a nobody, an outsider. This changes when he meets the charismatic Max. The two of them couldn‘t be more different, but they share one mutual interest: hacking. Together with Max‘s friends, impulsive Stephan and paranoid Paul, they form the subversive hacker group CLAY (CLOWNS LAUGHING @ YOU). CLAY provokes with hilarious hacks and has the finger on the pulse of a whole generation. For the first time in his life Benjamin feels like he belongs and even attractive Marie starts to notice him. What started out as fun soon turns deadly serious, when Benjamin and CLAY are suddenly investigated by German Secret Service and Europol. With Hanne Lindberg, the leading Europol cybercrime investigator, at their heels, Benjamin starts to realize that he is no longer a nobody, but one of the most wanted hackers of the world.

REVIEWS:
It’s been a long time since German cinema produced a film as confident as the hacker thriller WHO AM I – NO SYSTEM IS SAFE. (spiegel.de)

This story drags Internet crime out of the stuffy, cinematically charmless solitude of the hacker cave. The magic formula used here is social engineering; the social influencing of people, with the aim of retrieving their data. Phishing, Trojans and IP transmitters are all used in WHO AM I. One is able to understand the plot, even without possessing deep knowledge of computer science. (zeit.de/zeit online)

The digital network world is a nightmare for cinematographers. There’s nothing more boring than endless columns of figures flitting on a screen, frantic typing on a keyboard and cable bundles, through which the break-ins of our age are made possible. Optically, such a thriller had nothing going for it. Director Baran bo Odar, together with set designer Silke Buhr, came up with the idea of symbolically representing the data network through the Berlin underground system, and turning an underground car into a dramatic data hub. The emails of the enemy hacker groups meet each other in person in the form of masked senders in the gloomy atmosphere of the underground and hand over (data) packets to one another. Every now and then, they even hand over Trojans made of clay. (Berliner Zeitung)